No police officer will leave his spot until the last person leaves the procession: IGP 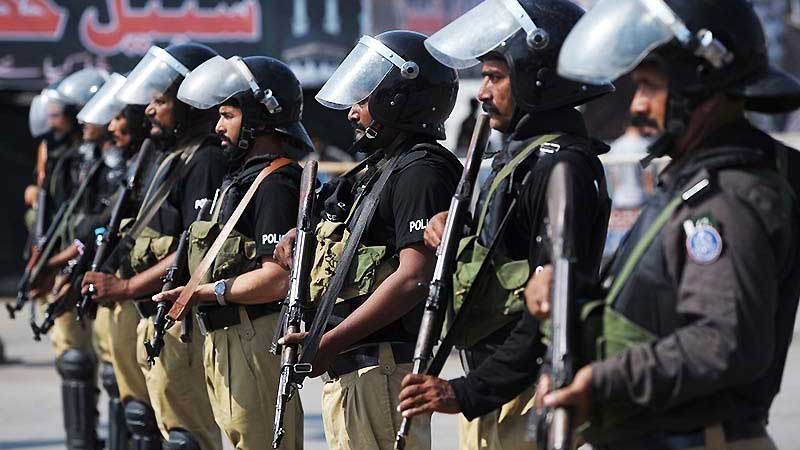 LAHORE: To maintain a peaceful environment during Muharram, four layered security shall be provided at majalis and processions in vulnerable areas by utilising all available resources, modern technology and comprehensive search through metal detectors.

Checking by walk through gates shall be ensured with closed circuit television cameras monitoring and video recording.

Inspector General of Punjab Police Muhammad Tahir informed about these measures while addressing all the regional, city and district police officers via video link conference held at Central Police Office on Thursday.

He said that special control rooms should be set up for monitoring security arrangements in all districts on Muharram 10, adding that plain clothes commandos should be deployed for security of majalis and processions. He directed to deploy snipers on roof tops of the buildings on the routes of processions and majalis.

He instructed all RPO and DPOs to supervise security plan of main processions and majalis themselves in their respective regions and districts and also visit the field personally to examine the security arrangements.

The IGP added that the schedule/timings of processions and majalis should be strictly followed.

The IG Punjab was told that in all the districts of Punjab, more than one 140,000 officers and officials will perform security duty at 7,763 mosques, imam bargahs and other ibadat gahs.

The IGP while directing the senior officers, said that screening and scanning of routes shall be completed at any cost before the start of processions and vendors and shopkeepers in the surroundings will also be checked.

The IGP directed the city capital police officer and all RPO and DPOs that it should be ensured that no official deployed for security of majalis and processions leave his duty point until the last mourner leaves.

He said that provision of food and water to officials deployed over security duty should be ensured on time. He emphasised that no mourner should be allowed to enter a majlis and procession without being checked through metal detectors and walk through gates.

The IGP directed the RPO and DPOs to strictly ensure the implementation of Wall Chalking & Loudspeaker Act during Muharram.