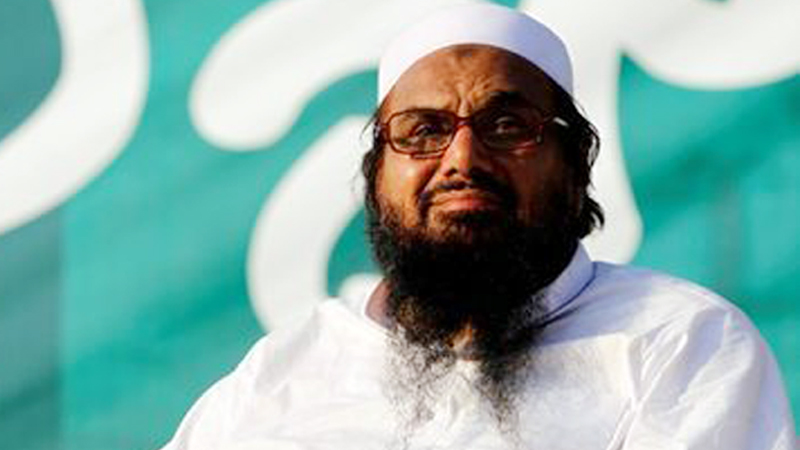 The apex court’s two-judge bench, comprising Justice Manzoor Ahmad Malik and Justice Sardar Tariq Masood, took up the interior ministry’s plea on Wednesday. In it, the ministry sought the cancellation of the order passed by the LHC, allowing the JuD to proceed with its ‘welfare activities’ until a decision was reached in its petition challenging a federal government ban against the organisation. The Interior ministry had contended that the interim order was creating a hindrance for Pakistan in complying with international and local legal requirements concerning terror financing.

The SC bench observed that the LHC was still hearing the case, and dismissed the government’s plea to set aside the interim order.

In February, the president had promulgated an ordinance amending the Anti-Terrorism Act of 1997. It paved the way for proscription of personnel and organisations found involved in terrorist activities, including those listed as such by the United Nations Security Council (UNSC).

The ordinance amended Sections 11-B and 11-EE of the ATA 1997: Section 11-B sets parameters for the proscription of groups, whereas 11-EE describes the grounds for the listing of individuals.

A Sub-Section ‘AA’ was added, according to which organisations and individuals ‘listed under the United Nations (Security Council) Act, 1948 (XIV of 1948)’ will be included in the First Schedule (for organisations) and Fourth Schedule (for individuals), respectively, on an ex-parte basis.

The move was aimed at declaring JuD and the FIF as proscribed groups ahead of the Financial Action Task Force’s (FATF) meeting in Paris, which eventually decided to put Pakistan on the greylist of countries with lax legal mechanisms against terror financing in June this year.

After the promulgation of the ordinance, all properties of JuD and the FIF were confiscated in Azad Jammu and Kashmir and Gilgit-Baltistan. Some 148 properties and assets of the outfits were also seized in Punjab.

In their petition against the presidential ordinance, the JuD chief contended that the ordinance was serving to curtail Pakistani state’s sovereignty. Extending the argument further, the petition insisted that the promulgation of the ordinance wasn’t just a challenge to the country’s sovereignty but it was also contradictory to the fundamental rights enshrined in the Constitution of Pakistan. It said that any law in violation of constitutional provisions was liable to be struck down, under Article 199 of the Constitution.

It requested the court that the vires of the ordinance and consequent amendment in section 11 B and 11-EE of ATA may be declared illegal.