US has assured it won’t block our bid to seek IMF bailout: Fawad Chaudhry 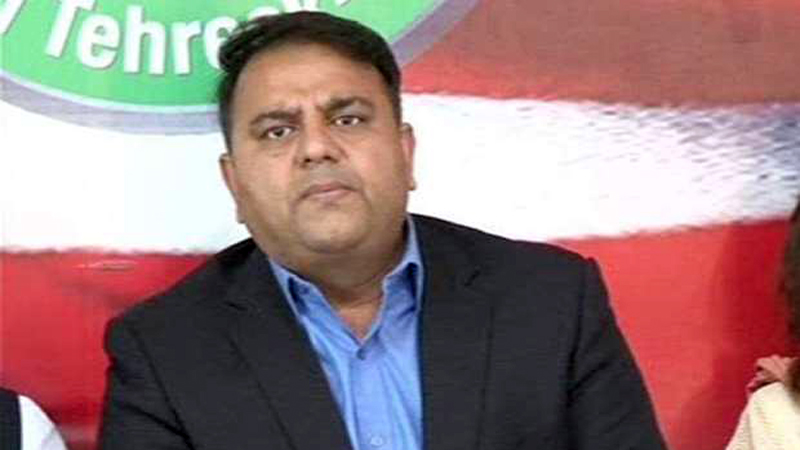 Islamabad: United States (US) Secretary of State Mike Pompeo assured last week that Washington would not block any request from Pakistan for a bailout from the International Monetary Fund (IMF), Information Minister Fawad Chaudhry said on Tuesday.

The remarks, which Chaudhry said Pompeo made during his visit to Pakistan on Wednesday, come in stark contrast to Pompeo’s warnings in July that the US had serious reservations about the IMF giving money to Pakistan due to concerns Islamabad would use the cash to pay off Chinese loans.

Chaudhry told Reuters that relations between US and Pakistan were ‘broken’ before Pompeo’s trip to Islamabad, but the visit had ‘set many things straight’ and re-invigorated ties.

“He assured Pakistan that…if Pakistan opted to go to IMF for any financial help, the USA will not oppose it,” Chaudhry said.

The US embassy in Islamabad did not have any immediate comment.

Since it took office in August, the PTI-led government is trying to avert a currency crisis caused by a shortage of foreign exchange in the economy hit by a ballooning current account deficit and dwindling foreign currency reserves.

Officials say they are discussing taking drastic measures to avert seeking a bailout from the IMF, which has been asked for assistance by the country 14 times since 1980, including most recently in 2013.

Pakistan’s relations with the US have soured in recent years over the war in Afghanistan.

In January, US President Donald Trump had accused Pakistan of lies and deceit by playing a double game on fighting terrorism. Islamabad denies aiding insurgents in Afghanistan and lashed out against Trump’s remarks, which were followed up by Washington suspending US military aid.

At the US’ urging, a group of Western countries in February convinced a the Financial Action Taskforce (FATF) to put Pakistan on a terrorism financing watch list, a move that triggered concerns the US may also seek to block Islamabad in other forums. In July, Pompeo said there was ‘no rationale’ for the IMF to bail out Pakistan. Pompeo’s worries that Islamabad would use the IMF money to pay off Chinese loans echoes concerns by other US officials that China is saddling many emerging market countries with too much debt. Beijing staunchly denies such claims.

“There’s no rationale for IMF tax dollars, and associated with that American dollars that are part of the IMF funding, for those to go to bail out Chinese bondholders or China itself,” Pompeo said in July, referring to a possible Pakistan bailout.

But during last week’s visit, Pompeo said he was hopeful of “a reset of relations” long strained over the war in Afghanistan.