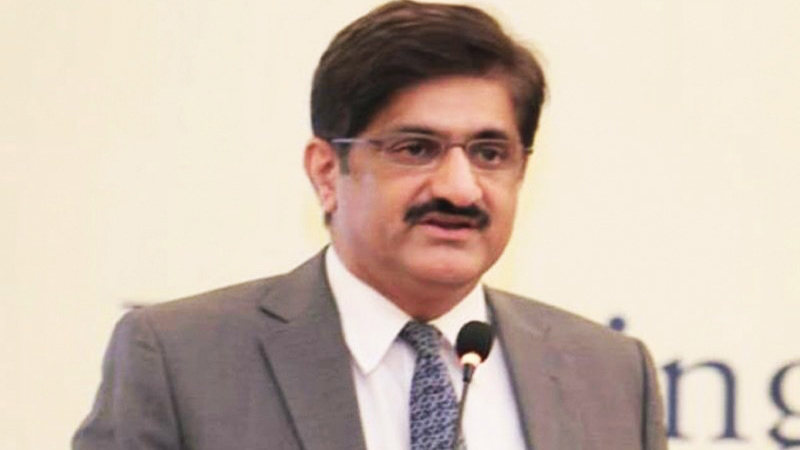 Murad Ali Shah while talking to visiting envoy at CM House informed her that the priorities of his government were to solve water, solid waste and public transport issues.

He said water remained a big issue all over Sindh. “We are planning to install a desalination plant in Karachi and construction K-IV bulk water supply project was in progress,” he informed. He added that through water supply schemes and reverse osmosis plants, water issue would be resolved all over Sindh.

On disposal of solid waste in city, Murad Shah said that some Chinese companies had been involved in sweeping and garbage lifting work. He said that his government planned to install a power generation plant on garbage. “The government has worked out a plan to give land to a power generation company at landfill site and install a power plant on private public partnership mode,” he told Wagner.

He informed the envoy that as far as public transport issue in Karachi was concerned, it would be resolved through Karachi Circular Railway and launching of different Bus Rapid Transport System. USAID funded projects such as Sindh Municipal Services Project also came under discussion. It is a $66 million (mn) programme to improve service delivery to better address urban needs. Nearly 70 percent of project funding would go towards upgrade of municipal infrastructure. The MSP’s centre piece is Jacobabad municipal project, a $36 mn project to make major improvements to ageing and dysfunctional water supply, sanitation and solid waste infrastructure in Jacobabad. The Jacobabad Municipal project would deliver clean drinking water to more than 250,000 people, improve health and hygienic conditions and create sustainable sewage and garbage management system.

The chief minister said that his government had approved $5 mn to complete associated aspects of the project. He said that he had also approved towns of Jacobabad, Qamabar, Shahdadkot, Mehar, Khairpur Nathan Shah and Johi in program.

Another project that came under discussion was Sindh Basic Education Program (SBEP). The USAID is providing a comprehensive assisted package of $55 million to increase and sustain student enrolment in primary, middle, secondary schools in seven districts of Northern Sindh and five towns of Karachi. Under the SBEP school construction, Sindh reading program, community mobilization, capacity development architect and engineering support in construction of school are in progress. In addition, 106 new schools are being constructed in flood-affected and other targeted districts and construction of 58 schools is almost at final stage.

The chief minister and visiting guest agreed to monitor progress of these projects and complete them in time.