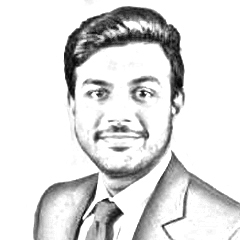 Forced to flee: The heart-breaking tale of minorities in Pakistan

Two Pakistanis waited for their Uber ride thousands of miles away from home in New York City. This was inarguably one of the most forgettable moments in their lives.

Yet, this same moment was about to acquire unparalleled significance.

As my friend and I settled into the comfortable leather seats of our Uber ride, we talked about the most clichéd topic on the planet; the weather. A few seconds into the conversation, our driver suddenly interjected.

“Can you guess where I am from?” he abruptly asked.  My friend and I exchanged an uncomfortable look. Partly, because we were clueless and partly because the question was unexpected. While I decided not to make any wild guesses, my friend indulged the conversation with an educated guess. “Somewhere from Central Asia?” he tentatively asked. The driver chuckled and immediately corrected us. “I am from Pakistan. I am a Hazara.”

“You should have known!” we thought we heard him say.

Visibly embarrassed at not being able to recognise our fellow countryman, we decided to diffuse the situation by asking a plethora of questions. Where are you from? When did you move here? What did you do before? What about your family? Intrusive questions for a Westerner. Intimately familiar ones for any desi.

A Pakistani waited for his flight to move thousands of miles away from home. This moment was anything but insignificant. Leaving behind his hometown and a promising career in the Police was the hardest decision of his life. He clearly wanted to stay. But it is hard to stay when you, your family and your whole community is being butchered by militants. His batch mates would soon be promoted to senior ranks in the police. And he would soon start a new life as an Uber driver in New York City.

He had teared up while narrating his heart-breaking story. We weren’t expecting to cry that morning. But there we were. Baffled. Speechless. Unable to stop our tears.

“I love Pakistan and I always wanted to give my life for my country. That is the main reason why I joined the Police. But we are being killed because of our faces (we are easy to spot). And the government watches silently. Is this fair?! Is this fair?!”

His words echo in my mind every time I hear of injustice against minorities in my country. Mob attacks against Christians. Forced conversion of Hindus. Violence against Shias. A country that was originally made in order to safeguard the rights of minorities in South Asia chose to mete out the same treatment it was trying to escape to its own minorities.

Leaving behind his hometown and a promising career in the Police was the hardest decision of his life. He clearly wanted to stay. But it is hard to stay when you, your family and your whole community is being butchered by militants

A country whose founding father promised equal rights and justice to all minorities living within its borders. But a country that chose to break that promise as quickly as it was made.

As we arrived at our final destination, our Uber driver shoved his emotions aside for a moment and wished us well. We could tell that he had learnt to forget his story as quickly as he remembered it. To wipe those tears off as quickly as they appeared in his eyes. And to unconditionally love the same country in which he was shamelessly persecuted. Any sane person on the planet would have found it so easy to jump on the hate bandwagon and hurl curses at the country that destroyed his life. And yet, here he was. Drowning in his sorrows, but pulling himself back up the moment he realised that these scars were about to consume him.

As this story continues to haunt me every day, I am reminded of our driver’s foreboding words that reverberate in my head as I continue to witness it come true.

“Today we are the ones who are persecuted and you are not. Beware of the day when these extremists point their guns at you because of any aspect of your faith.”

The writer is a PhD student at the University of Oxford and is a graduate of the Harvard Kennedy School of Government. He has also worked as a civil servant in Pakistan. He is interested in issues of social justice, political economy and public finance