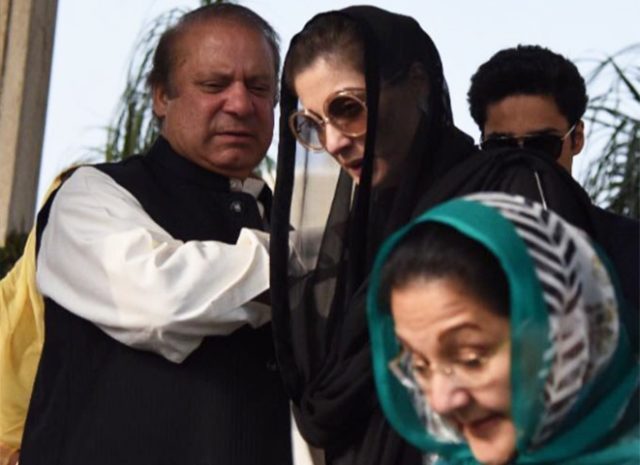 According to reports, a parole will be granted to the mentioned three from the time of funeral prayers till the burial of Kulsoom Nawaz.

Nawaz Sharif, Maryam and Captain Safdar are currently in Adiala jail after being convicted by an accountability court in Avenfield properties reference on July 13.

The former first lady of Pakistan passed away on Tuesday at London Harley Street Clinic after suffering from cancer. Family sources say Kulsoom will be buried in Lahore.

Begum Kulsoom had been battling with lymphoma (throat) cancer since August 2017. According to reports, her health deteriorated last night after which she was placed on life support earlier today.

The PM also directed to facilitate the family of the deceased by all means.