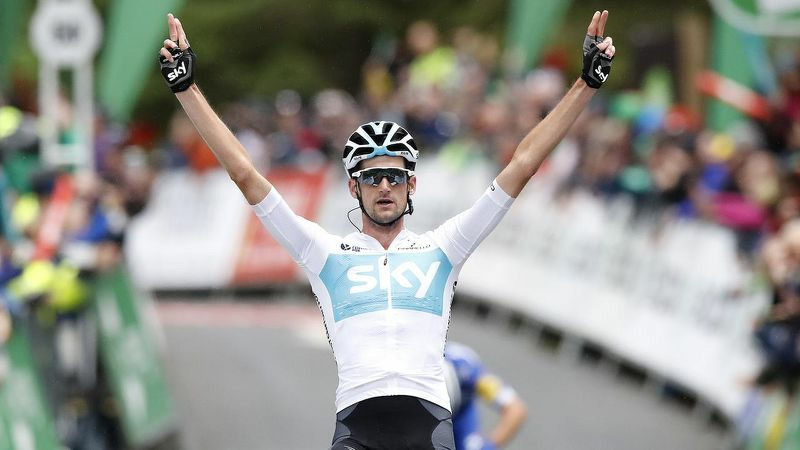 LONDON: Dutchman Wout Poels timed his late attack to perfection to win the sixth stage of the Tour of Britain on Friday, while Frenchman Julian Alaphilippe took the overall lead with a second-placed finish. Team Sky’s Poels proved too strong on the summit finish of Whinlatter Pass as he sprinted past Alaphilippe and Hugh Carthy (EF Education First-Drapac) to the finish line. Quick-Step Floors rider Alaphilippe, however, did enough to become the fifth leader in six days of racing after Primoz Roglic lost the green jersey on the day’s final climb. “I’m really proud of my team today, they did an incredible performance,” said Alaphilippe.

“Everybody was riding for me and protecting me. Bob (Jungels) really fought for me. I was only riding to take the jersey; in the fight for the stage victory Wout was fresher than me so I’m not disappointed (to miss out).” Poels moved up to second in the overall standings, 17 seconds behind Alaphilippe, but admitted winning the race heading into the weekend would be a struggle for his team. “Second is really nice, I’m quite happy with it,” he said. “It’s going to be a hard fight – no more uphill finishes, everything is flat. But we’ll keep on trying.” The peleton will head to Mansfield on Saturday for the penultimate stage.