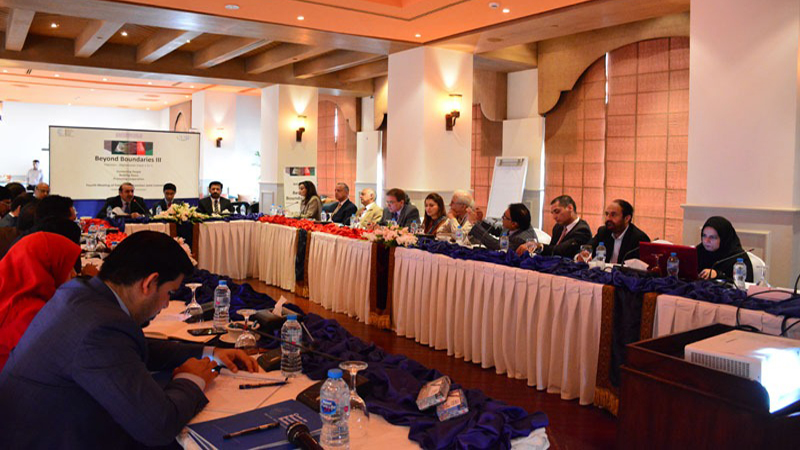 The revival of the US-Pakistan high-level contacts, consensus on the Afghanistan Pakistan Action Plan for Peace and Solidarity (APAPPS) and a new government in Islamabad have sparked hopes of peace in war-torn Afghanistan.

This was shared by speakers at a meeting held under the Center for Research and Security Studies’ Beyond Boundaries Pak-Afghan Track 1.5/11 in Islamabad on Thursday.

The victory speech of newly elected Prime Minister Imran Khan highlighted the new government’s vision for strengthened Pak-Afghan relations; showing the renewed importance the premier gives to Afghanistan. Pakistan and Afghanistan, for the first time in history, have institutionalized their working relationship under APAPPS for which meetings so far have been wonderful. Presence of this very crucial framework provides both countries the ground to move forward. Foreign Minister Shah Mehmood Qureshi is also all set to fly to Kabul soon in this connection.

There have been several exchanges of positive messages between governments of Pakistan and Afghanistan in recent months. The general understanding is that the new civilian government and military in Pakistan are on the same page, which raises more hopes in Kabul, regarding bilateral relationship, as well as the Afghan peace process. The new government in Islamabad will take some time to settle, afterwards Kabul and Islamabad may fully operationalise the APAPPS framework.

Furthermore, members of Pakistan-Afghanistan Joint Committee at the meeting stated that both regional and global security dimensions are changing rapidly. In this scenario, Pakistan and Afghanistan are no different. Both of these countries, too, are trying to keep up with the expeditiously unfolding nuances, but there have been significant developments which bode well for the peace and prosperity in Pakistan and Afghanistan. First, the military operations inside Pakistan have gone down to minimum, signaling a better security situation. Second, once the buffer-zone and poorly governed, Federally Administered Tribal Areas (FATA) has now merged with Khyber Pakhtunkwa, leaving little space for unwanted activities. Third, border management and trade linkages between the two neighbours are seeing signs of improvement. Furthermore, the CPEC has the potential to be a game changer if extended to Afghanistan, paving way for sustainable economic development.

Moreover, it is after a long time that the figures of bilateral trade are looking pretty good; the trajectory is showing an upward trend. Afghanistan has also moved up to the top five export destinations for Pakistan in the first quarter of this fiscal year. Customs officials across the border are also meeting regularly. Moreover, steps have been taken to facilitate the transactions for Afghan businessmen to trigger economic activity from across the border and vice versa.

On the issues of refugees, APAPPS appears to be the most relevant platform to sort out the issues regarding them. Nonetheless, repatriation should be voluntary and dignified. Refugees coming from Pakistan are very happy; Afghan government and the people, both acknowledge the hospitality from Pakistan side over the years. Mobility of refugees’ assets, however, is a problem which needs to be looked into and dealt with. Refugee issue should not be used as a card in a political bargain, rather it should be considered as humanitarian issue.

The speakers at the meeting urged the need for practical steps now onwards. All the participants present, hoped that bilateral relations would take off in the wake of new government in Afghanistan. The wait now is for the new government in Islamabad to formally shake hands with Kabul and kick start operationalizing APAPPS in a comprehensive manner. Despite having some concerns, Pak-Afghan delegates pressed for the continued progress, stating that APAPPS has been an outcome of goodwill and leadership with positive frame of mind on both sides which should continue. The meeting ended with a joint declaration.