PTI has set out to do what it said it would. That is, to take the presidency. Dr Arif Alvi has been crowned the 13th president of the Republic. The electoral college — comprising the Senate as well as the national and provisional assemblies — voted at almost full capacity. According to the Election Commission of Pakistan (ECP), 1,122 seats were available of a total of 1,174 to cast ballots. Alvi secured a comfortable majority of 353 votes. The joint opposition candidate, Maulana Fazlur Rehman bagged some 185. And the ‘dissident’ PPP’s Aitzaz Ahsan walked away with 124.

In a welcome move, the new PTI man at the top stressed that he is the president of all political parties and all Pakistanis. This, however, will likely not sit well with the PMLN. The latter is the second largest party in Parliament and the largest among the opposition. And it is royally irked that the PPP broke ranks with the grand alliance; thereby strengthening the PTI’s hand in terms of the presidency. Thus the Imran Khan government looks set to confront a reverse scenario of sorts whereby it may be on the receiving end of agitation politics. And while it remains to be seen whether it or the PPP will be the main target of PMLN ire — the PTI would do well to reassure all actors of the need for reconciliation. The challenge will be to persuade certain members of the top PMLN leadership to do the needful. Particularly given that the latter holds none of the provinces. Meaning that it might just feel there is nothing to lose but everything to play for.

Bluntly put, the PTI has its work cut out in proving that it will be a truly representative set-up; committed to inclusiveness. Not least because of prevailing concerns surrounding the lack of women in the cabinet.  At the federal level, there are only three women ministers out of a total of 21. When it comes to the provinces, the Punjab boasts just one woman minister while Khyber Pakhtunkhwa and Balochistan do not even manage that. The two women ministers in Sindh both belong to the PPP.

All of which naturally begs the question as to who is part of this Naya Pakistan. For a real revolution to take place to better serve the people the new set-up may well find that it faces calls to amend Article 248 of the Constitution which provides absolute presidential immunity from criminal and civil proceedings. After all, PM Khan fought this election on an accountability mandate; with repeated promises that this would start from the very top. And then there is the crucial matter of what to do with the constitutional stipulation that the posts of Prime Minister and President can be held by Muslims only.

We, here at this newspaper, understand that Mr Khan is already under a lot of pressure. But that, sadly, is the nature of the governance beast. And the very long and short of it is that this government has more riding on it than perhaps previous ones in recent times. For the simple reason that it promised change across the board.  * 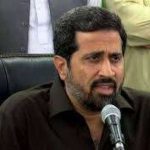 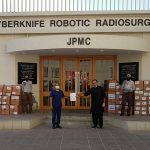 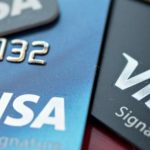