Exploring the Paris of East

Just like any other capital in the world, Beirut, considered the Paris of the East — comes with its highlights — the must-visits and the show stealers 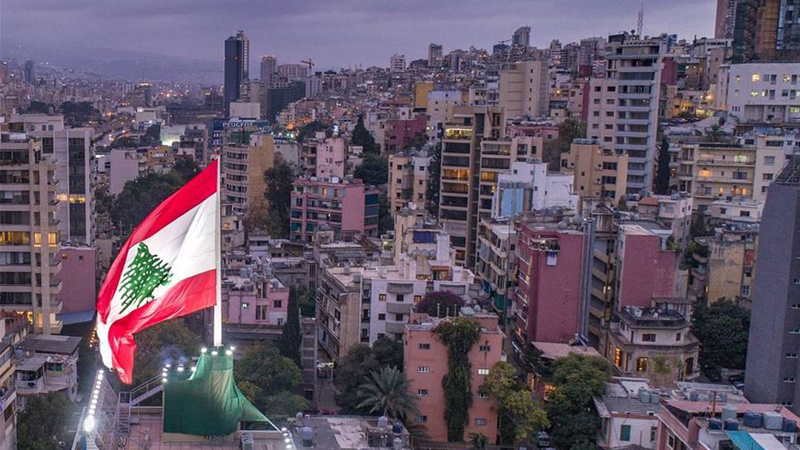 What immediately sets you at ease while stepping on Beirut soil is how much the city is similar to any metropolitan city of Pakistan. It’s huge, busy and full of life. The people are warm and friendly and there is a hint of conservatism mixed with an openness which instantly sets your spirit soaring.

The skyscrapers are tall and daunting, the sea is vast and the weather is pleasant, any time of the year.

However, just like any other capital in the world, Beirut, considered the Paris of the East, comes with its highlights, the must-visits and the show stealers.

It is the capital and the largest city of Lebanon. Located on Lebanon’s Mediterranean Coast, Beirut is the country’s largest and main seaport. It is also one of the oldest cities in the world.

Having travelled on Lebanon soil in spring, I got the opportunity to visit the heart of Beirut all days I was there. 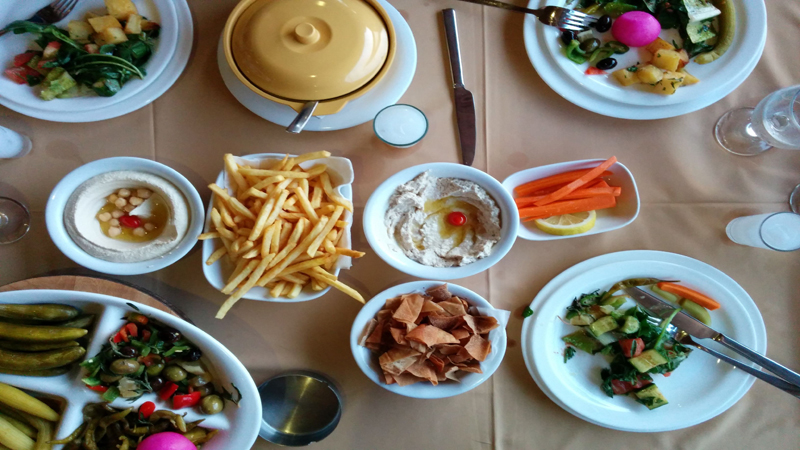 LE PECHEUR – being a seaport, Beirut is rich in seafood restaurants and that is exactly what I did during my stay there, as I’m a seafood lover myself. On my first night in Beirut, I went out for dinner at this exquisite fine-dining place. Rich in fresh fruits and lots of vegetarian and seafood items, Le Pecheur has a warm and comfortable environment and if you order in advance you even get to experience a belly dancing performance by a Lebanese beauty. Le Pecheur has a breathless view over the sea on a newly equipped terrace that exceeds your expectations and makes your experience comfortable, enjoyable and unforgettable. 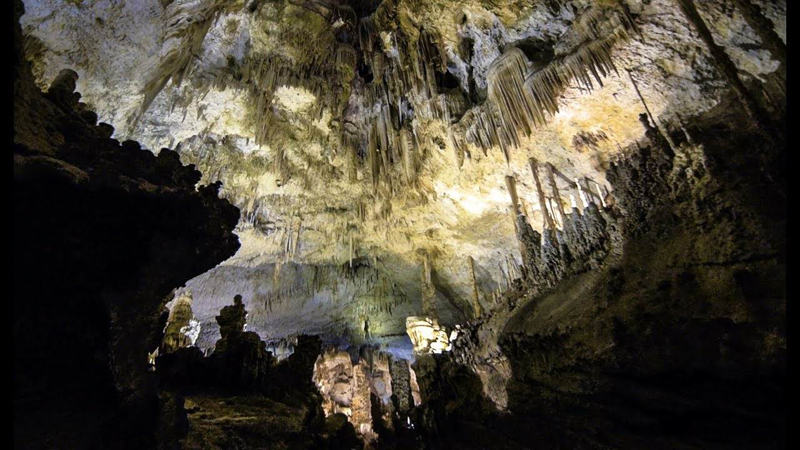 JEITA GROTTO – considered to be the eighth Wonder of Nature, I think of myself lucky to have visited this cave at least once in my lifetime. There are no phones or cameras allowed inside. One has to take a boat to reach the inside of the cave and once you’re in, the silence and serenity of it engulfs you. I had never been so much at peace before in my life. The Jeita Grotto is basically a system of two separate, but interconnected limestone caves. The upper galleries of it house the world’s largest known cave hangings. The galleries are composed of a series of chambers the largest of which peaks at a height of 39 feet. One gets to keep climbing up and experience the unbelievable way the cave has been formed by nature. It is glistening with varying shades of pink, orange, green and gold and one wonders how that can be remotely possible. Jeita Grotto is a cave which seems out of this world, maybe even a piece of Paradise left behind. It is considered a Lebanese national symbol and a top tourist destination and I can see why. Do not forget to visit the gift shop right outside and do try out the strawberry ice lolly available down at the entrance. Do pose next to Haris Al-Zaman’s statue there which is one of the most attractive and enormous statues of the world. He is also called the Guardian of Time weighing 65 tonnes. 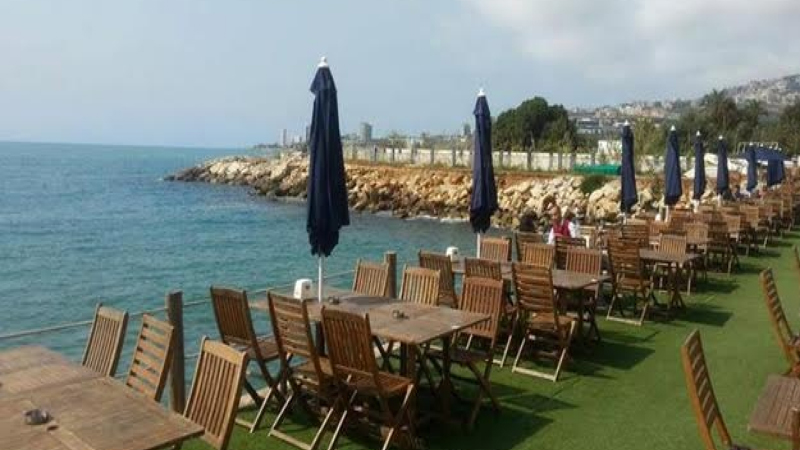 MAKHLOUF SURMER – I’m aware nothing beats the fruit chaat and doodh pati of Pakistan, but when it comes to Beirut, a stunning view of the sea coupled with a traditional blend of mixed tea and deliciously prepared fresh fruit chaat, one wishes to stay in at that moment forever. I had the good fortune of doing just that at this terrace restaurant called Makhlouf Surmer, where I enjoyed these delicacies basking a light breeze and a soft sun, looking out at the ocean and pinching myself to believe I was in the heart of Beirut. The restaurant also has swimming pool facilities, so if you feel like taking a dip, you’re welcome. 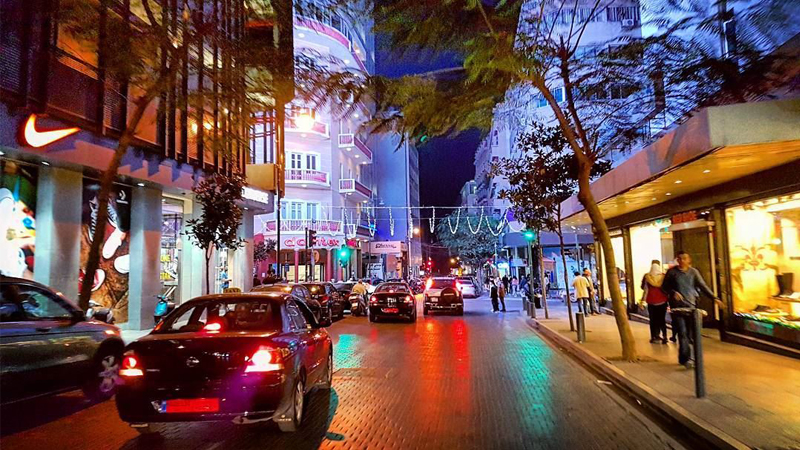 HAMRA – going to Beirut and not visiting Hamra would be a crime. It’s almost like being in Lahore and not seeing MM Alam Road or DHA commercial areas. The neighbourhood of Hamra is one of Beirut’s major commercial districts, and is filled with Lebanon’s top fashion stores, as well as many restaurants, cafes and hotels. There is also a sizable number of bars and pubs, providing the area with a lively nightlife. The American University of Beirut and Lebanese American University are notably located in Hamra. I truly let my hair down and relaxed walking on Hamra Street with my girlfriends and getting into the spirit of Beirut. The shopping is amazingly affordable, there are musicians playing their instruments at every nook and corner and the Costa Café is right there where you could enjoy a cup of coffee or a slice of cake. 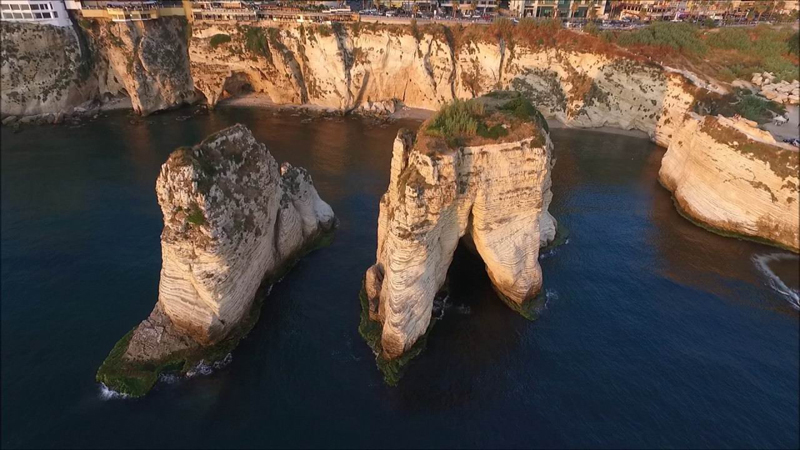 PIGEON ROCK – very few things in your life have the power to captivate you or practically hypnotise you with their beauty. Beirut’s Pigeon Rock or locally titled Rock of Raouche are two huge rock formations, which stand like gigantic sentinels and are a popular destination for locals and visitors alike. Perched on the ocean with nothing holding them concrete, just the sight of it is breathtaking especially when the cool ocean breeze blows on your face as you stand there mesmerised. The Rock of Raouché is claimed to be the remains of a sea monster the Greek hero Perseus killed to save Andromeda. The stone is rock as Perseus used Medusa’s head on the monster to turn it into stone. 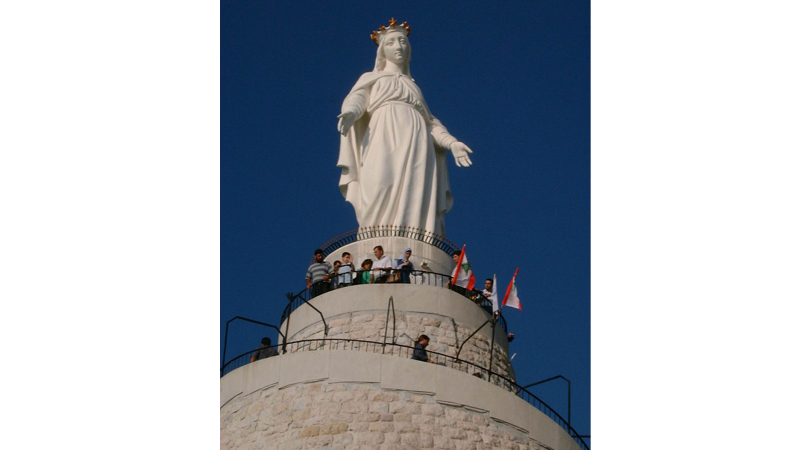 OUR LADY OF LEBANON – do pay a visit to the Harissa Villaga which is to the north of Beirut. The Shrine of Our Lady of Lebanon is there that houses the iconic 15-tonne bronze statue of Virgin Mary at the top. It is one of the most important shrines in the world. The statue has a diametre of five metres. The Virgin Mary stretches her hands towards Beirut. The Shrine of Our Lady of Lebanon draws millions of Christians and Muslims from all over the world. Overlooking the bay of Jounieh, the shrine has become a major tourist attraction where tourists take the gondola lift, the Téléphérique, from the city of Jounieh to Harissa and the experience being on the chairlift is unlike any other. One gets to see the entire city of Beirut from atop. 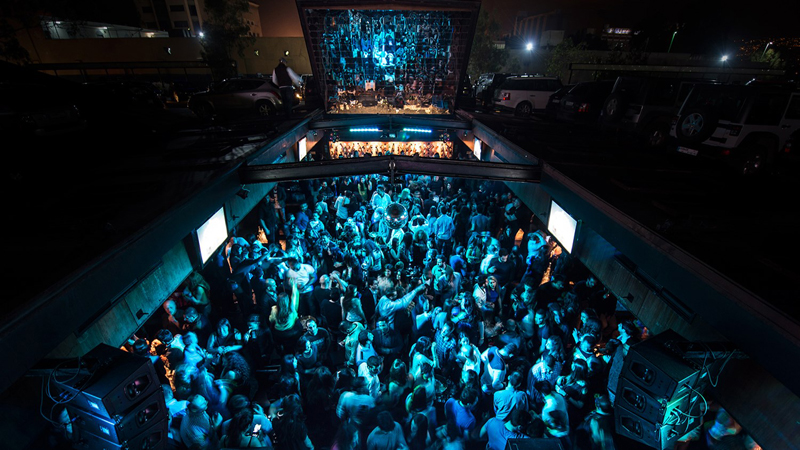 B 018 – for those who enjoy travelling more with a visit to a bar or a club, the B 018 is highly recommended. It is a cosy club in a basement where you can either be seated in a lounge right in the centre or if you’re the low profile observe from afar sort of a person, there are stools and seating arrangements towards the side as well. The cocktails and food will keep you going back for more. The music is mostly remixes of old classics and that’s what makes the place so sophisticated and at the same time hip and happening considering a massive turnout of youngsters.