Package to enhance tax collection in a week: PM 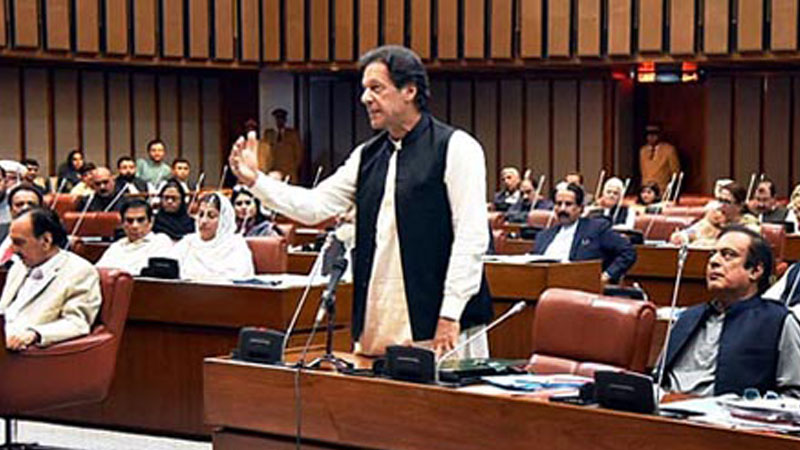 ISLAMABAD: Prime Minister Imran Khan Monday vowed to introduce a package of reforms to enhance tax collection, broaden the tax base and improve governance in the country in a week’s time.

“We will do all within our means to stand up on our own feet. We cannot continue to live on loans and still yearn for dignity,” Imran Khan said during his maiden speech in the Senate. He said the Pakistan Tehreek-e-Insaf (PTI) government has embarked upon a cost-cutting drive to slash its expenses. The measures were aimed at giving a clear message to everyone that the money of the taxpayers was not meant for ostentatious lifestyles of the rulers but for the welfare of the masses. “Over 23% of malnourished children, 43% of children with stunted growth and around 22.5 million out-of-school kids are the priority areas for the PTI government,” he said.

Imran Khan said the country is burdened with Rs 28,000 billion loans and is forced to borrow more to pay back the heavy interest. He cited a verse from the Holy Quran which states that Allah Almighty does not change the condition of a nation unless the people change themselves.

The prime minister said the people of Pakistan rank amongst the top philanthropists in the world. “They will happily pay their taxes if they knew that their money would be used for the right cause. We are working on a plan to increase our tax base, improve governance, bring in foreign investment and generate revenue,” he said.

The prime minister said the overseas Pakistanis were an asset for the country and efforts would be made to encourage them to invest in their own country. He said reforms were being initiated to enhance performance of the Federal Board of Revenue (FBR). He said auction of additional vehicles on the pool of the Prime Minister’s House was on the cards. Imran said he was advised to attend the session of the United Nations General Assembly being held in September, but he opted to skip it as he believed in putting own house in order first. The prime minister said his government was committed to raise the stature of the parliament, adding that he and his team would be available for accountability, with the sole objective of improving governance. He said the government had discussed the matter with the speaker of the National Assembly for an amendment in the rules to enable the prime minister to answer the questions during the Question Hour.