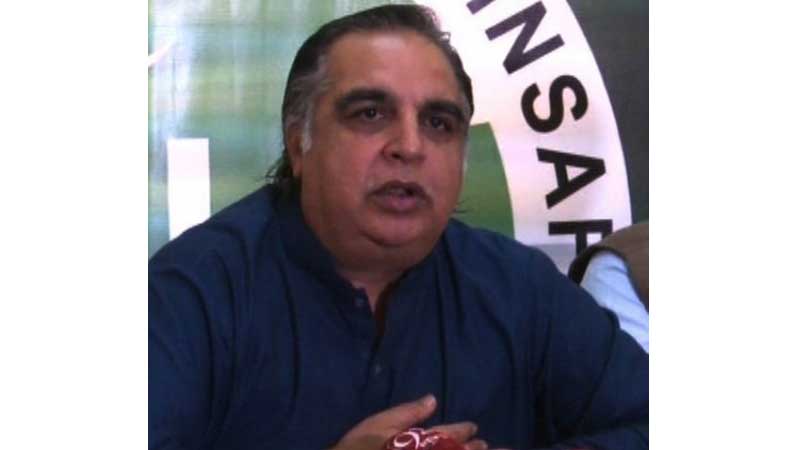 Pakistan Tehreek-e-Insaf (PTI) leader Imran Ismail, who is also the Sindh Governor nominee, holds an intermediate degree (12 years of education) and is a fraud case absconder.

According to Imran Ismail’s nomination papers for PS-111, which Daily Times acquired from the Election Commission of Pakistan (ECP), the PTI stalwart is only intermediate pass.

PTI leader Ismail, who was born in Karachi, completed his matriculation from the Cantonment Public School, Karachi and then got his intermediate degree from Government Commerce College, Karachi. Sources close to the PTI leader say that even though Ismail went to Italy for higher education and enrolled for a bachelor’s degree in leather technology, he returned to Pakistan without completing his degree. In Pakistan, governor of the province serves as the chancellor of all public universities. In addition, the governor is required to award degrees to graduate and postgraduate students. Following these revelations, several education experts and citizens took to social media platforms to voice their reservations regarding having an intermediate pass governor serve as chancellor of public universities in Sindh.

Governor Sindh nominee Imran Ismail is also an absconder in a fraud case registered against him on the complaints of a Jameel Akhtar, a businessman who belongs to Ghalla Mandi, Multan.

“Imran Ismail runs a juice company and, in 2010, when Ismail visited Multan, I requested him to give me a dealership of distribution of juice for which he wanted to me deposit a dealership fee of Rs4 million (mn). I deposited this sum through a cheque and Ismail assured me that he will return the money if his company failed. He did not return the money,” Jameel Akhtar told Daily Times on phone.

Jameel Akhtar said that later, Ismail offered him two cheques of Rs200,000 each which both got dishonored once he tried depositing them in the bank. The local businessman said that he lodged an FIR against Imran Ismail at Mumtazabad police station in Multan in 2010. “I also requested PTI leader Imran Khan to urge Ismail to return my money,” said Akhtar.

Mumtazabad police station SHO Rana Muhammad Iqbal confirmed that a case had been lodged against Imran Ismail in 2010. “He was an absconder in the case,” Iqbal told Daily Times over telephone.