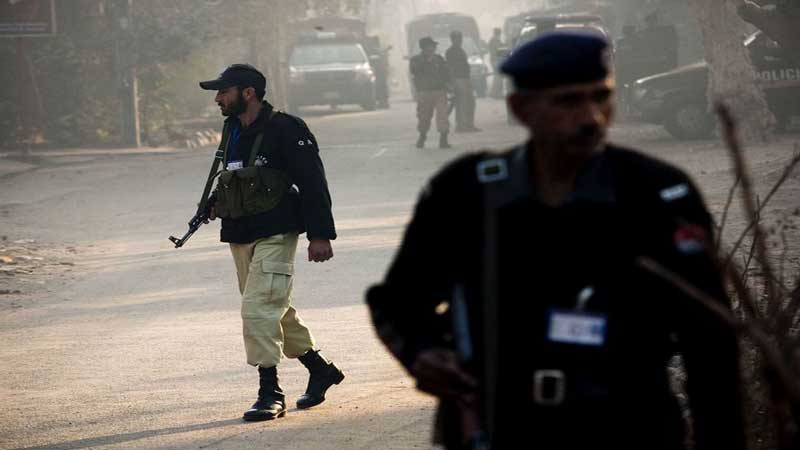 City police has finalised a security plan for all Eid days to avoid any untoward incident across the provincial metropolis.

City traffic police has also finalized its traffic plan to maintain traffic flow during Eid holidays and at least 2,500 traffic police officials would perform their duties on different city roads and other important public places.

Police high-ups have ordered to depute special trained snipers on rooftops of buildings located adjacent to important public places such as mosques, government installations, buildings and offices across the city especially on Eidul Azha days. The steps have been taken in the wake of increasing rush in markets before Eid.

He said that police high ups have passed on strict directions to police officials to ensure patrolling in their respective areas and pay surprise visits at police pickets set up within their jurisdiction. “Upon receiving directions, all police officers concerned passed on strict orders to all station house officers (SHOs) to ensure the implementation of the security plan in letter and spirit and stay guard at important religious places, markets, bazaars and other public places within their respective areas,” he added.

SHO’s serving in different police stations across the city, asking not to be named told Daily Times that they have already tightened security at places of worship, markets and other important areas on Eid days.

DIG Operations Shehzad Akbar said that according to the security plan 14-SPs, 40-DSPs, 88-Inspector and more than 10 thousands Police officials will perform duty on the eve of Eid-ul-Adha. Mosques have been divided into three categories A, B and C. Police officers and official will perform duty in different markets, bus terminals and cattle markets, he said.

DIG added that citizens will perform Eid prayer in more than 45 hundred mosque and 208 open places. On the eve of Eid-ul-Adha Police official of SSU, ARF, Dolphin squad and PRU will also perform duty. Dolphin and PRU will ensure affective patrolling of the important road of the city, he said.

He said that maximum security arrangements have been made for parks, graveyard, and public places. Sensitive mosques and open places will be monitored to CCTV cameras. Police officials will keep an eye on suspects in cattle markets, bus terminals and local markets along with public places, DIG added. He further said that citizens will offer prayer in peaceful environments and we will feel proud to provide them foolproof security.

He said that police officials, equipped with metal detectors, would be deputed at Mosques, Imam Barghas and other religious places. He said that security arrangements at the entry points of the city has finalized, as well as checking of suspicious persons and vehicles.

He further said that officers and officials of Lahore Police would celebrate their Eid-ul-Azha by ensuring peaceful atmosphere for the citizens. He said a special traffic plan has been prepared to ensure smooth flow of traffic on roads during Eid holidays and additional traffic wardens have been deputed at important roads and busy areas.

He said that almost all the security arrangements have been completed to avoid any untoward incident on the eve of on Eid days. He said that walk through gates and metal detectors would be set up at all major mosques besides heavy contingents of police would be deputed on this occasion.

Chief Traffic Officer SLiaqat Ali Malik said that a comprehensive traffic plan has finalized on Eid days activity to maintain traffic flow near Eid Gahs, important mosques and all public places across the city. He said on the upcoming eve of Eid more than three thousand traffic officials including SPs, DSPs, Inspectors and traffic wardens would perform their duties on Eid days.

DIG Operations also ordered that on the occasion of Eidul Azha, to ensure usage of walkthrough gates for security purpose and asked divisional SPs to personally review duty of all police personnel, deputed at Mosques, Imam Bargahs, Data Sahib and other areas of the city, along with ensuring continuous patrolling of their respective areas in an effective manner.