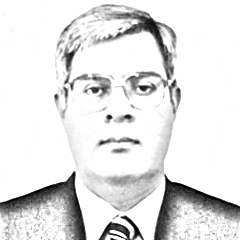 We are South Asians, and should be proud of our roots. Only a firmly anchored people command respect

Saying that Pakistan has a bad image is an understatement. Read any news item published in any foreign newspaper. All you will find are reports about Pakistanis involved in honour killings, child labour, domestic violence, financial scandals or drug trafficking. Furthermore, our expatriates have also not been able to build a positive image of the country.

Pakistan’s creation on a religious basis was considered an oddity. The historical context in which the country came into existence was lost on the international community. The Pakistan Movement, though couched in religious terminology, was basically a movement by the downtrodden Muslim community of British India to safeguard their socioeconomic interests.

Unfortunately, even after 71 years, we have been unable to create a global identity which is in sync with this ideology. This identification confusion is not only a conceptual issue but has significant policy implications, particularly in our foreign policy.

Our foreign policy options were limited and reactionary right from the start. Our security imperatives forced us to join the Western camp during the Cold War, making us a pariah in the non-aligned Block. Our policy choices, particularly our siding with the West during the Suez Canal crises, alienated us from the Muslim block. We emerged as a culprit rather than a victim in the 1971 East Pakistan war. Frequent imposition of Martial Laws has further tarnished our image as a stable political entity. The last straw was the so-called Afghan Jihad, which sowed the seed of terrorism in this part of the world.

The question facing us now is, how can all this damage be reversed? Here are some suggestions.

Firstly, let us own our roots. Every modern nation-state is a multi-ethnic, multi-religious entity with different markers for its identification. No doubt, Pakistan came into existence in the name of Islam, but religion was one of the identification markers used by the founding fathers to create a separate state, fearing persecution in a post-colonial India. Let us now develop a consensus. Besides being a multi-ethnic Muslim majority state, the territory now known as Pakistan was also home to several ancient civilizations belonging to the greater Indus Valley Civilization. We are South Asians, and should be proud of our roots. Only a firmly anchored people command respect, not rolling stones.

Secondly, we need to strengthen our institutions. The Constitution must reign supreme -– even over the courts. The judiciary must restrain itself when it comes to political issues as should the military. However, for this, the political elite will have to play a very proactive role, starting with the depoliticisation of state institutions.

For this purpose, the federal and provincial legislatures should reinvigorate the committee system whose value lies in their ability to lead the debate on specific policies, conduct detailed investigations and inquiries on issues of public importance, and engage civil society in the legislative process.

Thirdly, accelerated economic growth. If a country is experiencing a healthy growth rate, its image automatically starts improving. No one gives two hoots about a country which is constantly begging for bailouts. Let us devote our energies to economic development, including human and social development for a decade and see how Pakistan’s image changes.

Fourthly, democratic development. Despite all its shortcomings, democracy is still the best form of political management for a country. Frequent imposition of martial law has only left us wounded and disgraced. To improve our image, let the democratic process be allowed to run its course. Frequent and fair elections are the ultimate panacea for correcting the alleged pitfalls of democracy. Interruptions to the democratic process for any reason create more problems than solutions. All major Pakistani political parties should make a pledge to uphold the supremacy of the parliament by discussing any issue on the floor of the house instead of resorting to agitational politics.

Fifth, reigning in violent non-state actors. Writing in the Asian Affairs Journal (November 16, 2016) Nadir Cheema, an academic at the School of Oriental and African Studies and UCL, University of London stated

“A survey, conducted exclusively for this article, set out to examine the nature and origins of such negative views about Pakistan. Members of the Foreign Service Programme class of 2016 at the University of Oxford, mainly comprised of diplomats from all over the world, were asked ‘what three things come to mind when you hear about Pakistan?’ Most respondents cited nuclear weapons, terrorism, security, Islam, and the Taliban, lending support to the general view of Pakistan as a militarised state involved with Islamic extremism”.

It is unfortunate that a country which has paid a heavy price for being a non-NATO ally should be labelled as such. The militants we created during the Afghan Jihad have become a noose around our necks. Let us get rid of them. Even their chief sponsors in the Gulf have disowned them. There is no point in sponsoring them now.

Sixth, controlling corruption. Corruption does not exist in a vacuum; there are certain conditions which promote it. Widespread poverty and inequality only encourage corrupt practices. Low salaries for public office holders without a properly established code of conduct to check the misuse of authority is the biggest cause of corruption. The absence of effective oversight to enforce transparency and accountability further exacerbate the situation.

Relying on the Foreign Office (FO) to build a positive image of Pakistan is putting the cart before the horse. It is very easy to blame the FO for their failure to project a soft image of Pakistan. It can market and sell only those goods and services which are produced domestically. Do not expect it to perform miracles by selling failures as successes.

The writer is a UK based Independent Policy Consultant. He has written numerous books on Pakistan and can be contacted at shahid.raja@sanoconsultants.co.uk