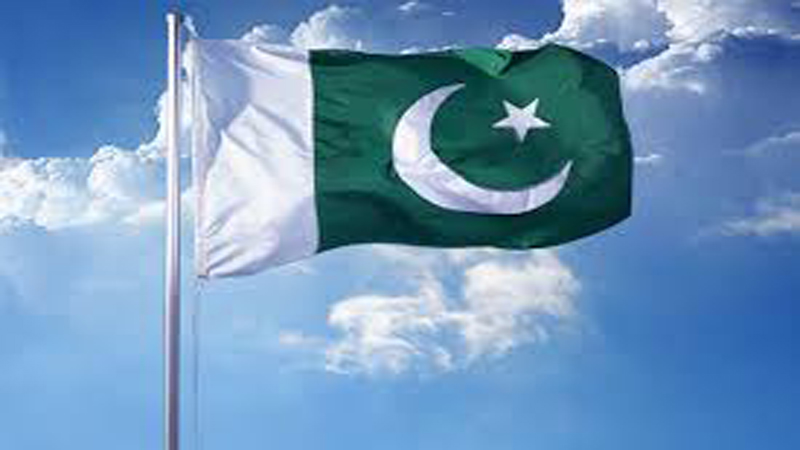 HYDERABAD: A commemorative ceremony was observed at the District Nazim Secretariat in Hyderabad on 72nd Independence Day of Pakistan in which the national flag was hoisted and thanksgiving prayers were offered.

The Deputy Commissioner (DC) Aslam Soomro, senior superintendent of police (SSP) Adeel Chandio and assistant deputy commissioner (ADC) Shakil Abro also participated in the ceremony along with teachers and students of various schools and officers of many departments.

In his address on the occassion, the Commissioner said that 71 years have been passed since Pakistan emerged on the map of the world.

“True patriotism means a person’s love for the prosperity of the land which requires his/her active role and struggle,” he said, adding that it was the need of the hour as Pakistan faced existential threats on several fronts including economy.

He appreciated students who performed patriotic songs and tableau and said that he felt the country’s love in their hearts.

Meanwhile, City Mayor Tayyab said that anti-state actors would not succeed in their conspiracies to weaken Pakistan, and termed those conspiracies as ‘evil designs’.

He lauded efforts of the district administration for organising such a patriotic event, and expressed satisfaction after witnessing positive emotions, morale and motivation possessed by students and children towards the motherland.

He extended felicitations to the students for presenting national songs in a befitting manner.

The DIG, DC and other guests also addressed the gathering.

The Sindh Chamber of Commerce and Industry (SCCI), Chamber of Small Trade and Industry, Sindh University, Mehran University of Engineering and Technology and Liaquat University of Medical and Health Sciences also observed the day with patriotic zeal and fervour, and hoisted national flags on their buildings.