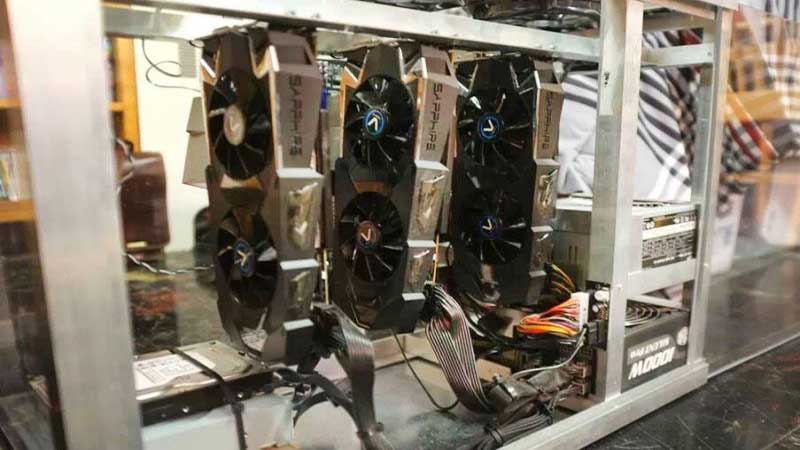 It was the first day of freshmen year at Penn State’s State College campus, and along with bed sheets, clothing and books, Patrick Cines had an unusual looking computer. He did not plan to write term papers or do research on it.

Instead, Cines planned on using it to make money while he was out experiencing campus life.

That odd computer box was what is known a cryptocurrency miner, a special machine used to find virtual currency. Cryptocurrency mining is a process used to create digital coins, like bitcoin. Computers are used to solve complex math problems to find coins that can be potentially worth a fortune.

“It felt like passive income because when you’re at school, when you’re taking an exam or you’re doing your homework, you’re prepping or going to student meetings, it’s still back in your dorm room making money for you,” Cines told CNBC.

But there was a problem…too much heat.

“It was unbearable… I had fans running, I had the window open,” Cines said, describing what it was like when we first plugged his homemade miner in. “The first day I was living there, went to Home Depot, bought some dryer tubes, strapped them to the front, and used that to push all the hot air outside of my room.”

But the heat is not the only issue. Some cryptomining software contains malware that could attack the campus’s network.

“Cryptomining is largely viewed as a nuisance attack because somebody else is downloading malware to a machine you own and using it to make money for themselves,” said Mike Banic, the vice president of marketing at Vectra, a cybersecurity company that makes software to detect mining and other issues.

“What they are not thinking about is the pivot where that attacker could then use that machine to then attack the organization. And then it becomes something that they do worry about,” he added.

Cines is not alone. Vectra did a study of mining on 11 college campuses and found instances on mining at every school. In fact, the universities were seeing students set up mining operations between one to four times every day.

Yet many types of mining software communicate with computers across the globe, making it easier for them to be attacked by hackers. That breach can then spread from a student’s personal computer across the university’s network, according to Banic.

Cines said he heard of computers, but not at Penn State, that had been taken over by malware, but thinks the risk is low. “I think that’s a separate vulnerability, and it goes more to the security that the schools have, or should have. I think mining itself does not open up schools.”

Still, malware is not the only risk to universities. Mining by itself can send electricity bills soaring.

“I think there are a lot of universities that don’t know this is happening. I don’t think that they would want it to happen either, considering it costs $4,700 to mine one bitcoin. That’s about 10 percent of the annual tuition at a private university,” Banic said.