‘Only 3-4% of diabetics in Pakistan use insulin injections, the rest are too indifferent’

* On the occasion, for the first time, Forum for Injection Techniques guidelines were also introduced for Pakistani insulin and injection users 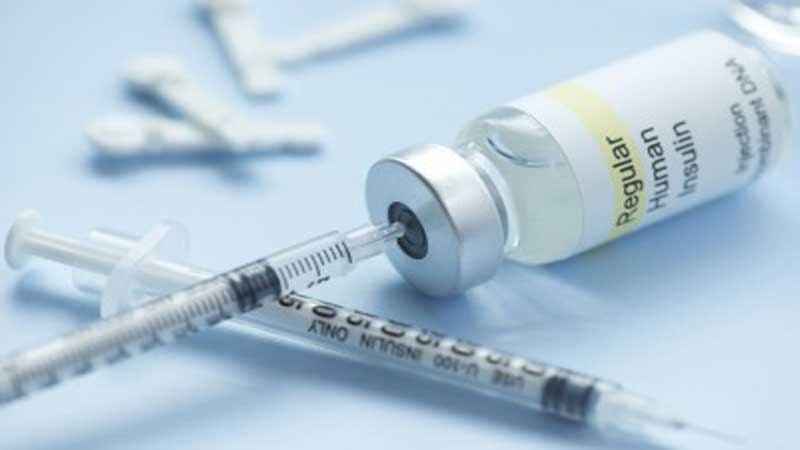 LAHORE: Insulin is a life-saving medicine but of the 270-360 million diabetics in Pakistan, only 3-4 percent or around half a million patients are using injectable insulin for their sugar control, which is resulting in a sharp rise in amputations, vision loss, kidney disease and development of cardiovascular disease among remaining diabetes patients.

On the occasion, for the first time, Forum for Injection Techniques guidelines were also introduced for Pakistani insulin and injection users and they were urged to use insulin as per international recommendations to prevent injuries while injecting the drug as these injuries result in amputations and other complications for the patients.

“Tight sugar control is inevitable for preventing foot ulcers and insulin helps in maintaining tight diabetes control among patients. Patients having foot ulcers recover early and their chances of healing improve if they are put on insulin,” eminent diabetologist from Tanzania Dr Zulfikar G Abbas said.

He said the entire world was under “diabetic-foot attack” and people were losing their limbs due to foot ulcers, adding added that wrong injection techniques also lead to ulcers, which could also cause amputations.

NADEP Diabetes Conference 2018 Chairman and eminent diabetologist Professor Zahid Mian said only 3-4 percent of the Pakistani diabetics were using insulin as most of people in the country were scared of using the miraculous injectable drug.

“Internationally, it is believed that at least 10 percent diabetics, who cannot achieve control diabetes through oral medicines should use injectable insulin to avoid complications like amputations, vision loss, kidney disease and cardiovascular ailment,” he added.

Diabetologists feared that over 270,000 people in Pakistan, who are one percent of the total diabetics in the country, might have lose their lower limbs due to ulcers in their feet but added that through better education, establishment of more foot clinics, use of customised footwear for diabetics and through tight sugar control, 80 percent of these amputations could be prevented.

“According to a recent survey, there are 26.3 percent people living with type two diabetes, which means that number of diabetics is between 270 to 360 million people in our country. Of these people, 2.7 million develop diabetic foot or injuries of the feet which often result in amputation of their one or both legs,” Middle East and North Africa International Diabetes Federation President Professor Abdul Basit said.

He maintained that their NADEP Diabetes Conferences were providing a platform to disseminate knowledge about diabetic foot and its management, prevention and treatment and so far, they have established 115 diabetic foot clinics throughout Pakistan to prevent amputations.

“Our plan is to establish 600 clinics where diabetic foot diagnosis, treatment and management facilities would be available in entire Pakistan. We are also planning for online diabetic foot clinics where people from remote part of the country would be presenting their problems and with the help of technology, they would be guided to take care of their injuries to prevent their feet and legs,” Professor Abdul Basit added.

Another eminent diabetologist Professor Bilal Bin Younas deplored that only 14 percent doctors ask their patients to show them their feet to see if they were alright and adding urged people living with diabetes to take care of feet by daily examining, them, washing them with slightly warm water and dry them.

“People with diabetes need to take an active role in their own care,” Mayo Hospital Diabates & Footcare Clinic Incharge and consultant diabetologist Dr Muhammad Arshad Siddiqui said, adding, “But they need to be supported by their health-care system to learn how to self-manage effectively. Timely access to proper treatment and medical advice is also vital.”