One of Pakistan’s oldest cinemas in a state of shambles, plays vulgar films all year round 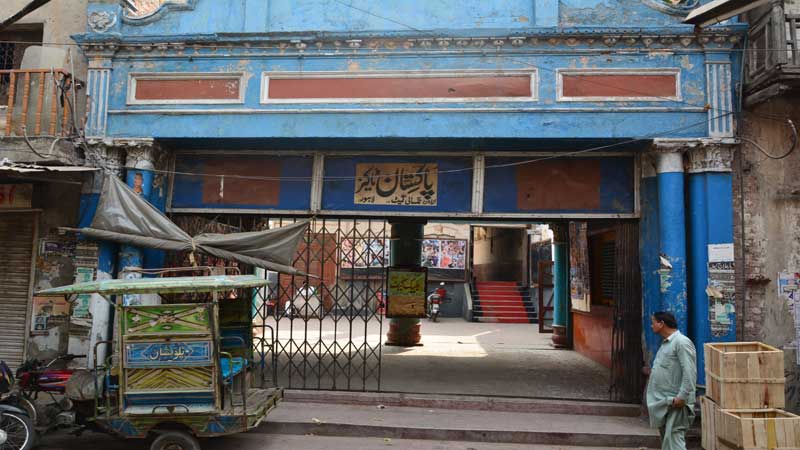 LAHORE: One of the oldest cinemas of Lahore, Pakistan Talkies, is lying in shambles and lacks any check on the content being shown in the cinema.

The Walled City of Lahore Authority (WCLA) or any cinema association of Pakistan has so far shown no interest on its revival, improvement or check and balance over the content.

The structure and the building of Pakistan Talkiesis is located inside Taxali Gate, Walled City Lahore. Sources were of the opinion that previously the building of Taranum Cinema was also pulled down and now there is a plaza being constructed there and similarly if the situation of such old structures remains the same, the Walled City would lose its historic cinemas very soon. Taranum Cinema was also one of the oldest among Pakistani cinemas and was named after Madam Noor Jahan. It is also known as Novelty Cinema.

Sources expressed their concern and assumed that with the downfall of the film industry, the owners of Taranum Cinema sold it and thus it was demolished. They feared that Pakistan Talkies also might meet the same fate as that of the historic Taranum Cinema. They expressed their despondency over the fact that no one from the cinema association, film industry or any other show business personality came forward to take up the ownership of this historic site.

A historian and owner of Faqir Khana Museum and one of the oldest residents of Walled City, Faqir Saifuddin, while talking exclusively to Daily Times said, “This cinema is a milestone in the Pakistani cinema history as it is one of the earliest cinemas of Lahore, located inside Taxali Gate. All other old cinemas have been demolished by the owners and if we lose this cinema, the name ‘Pakistan Talkies’ and its existence will vanish from the pages of history. The new generation would never get to know about it. In my opinion, this cinema should be purchased from the private owner by the city government, the Arts Council or WCLA. This is a famous old masterpiece of architecture as well. It was built with beautiful and intricate brick design and had an amazing hall which was changed.”

Faqir Saifuddin was of the opinion that it was the best place to be converted into a theatre and the concerned authorities should revive it as a cinema.

“It is owned by some private people and they might change the use of the place, but before this happens, I insist that the government should take over and revive this first ever cinema of Lahore,” Saifuddin said.

WCLA Director General and heritage promoter Kamran Lashari also while talking exclusively to Daily Times, expressed his distress over the response of agencies like the National Accountability Bureau and others by mentioning that all creative initiatives taken in Pakistan for the public interest and entertainment were later questioned thus disgracing the idea and demoralising the initiator.

“This is a heritage cinema and one of the oldest in Pakistan and should definitely be saved, but I don’t want to take any step for its revival as such initiatives become controversial and later on agencies start questioning them. Until a heritage site or any place is lying abandoned and dumped, people and authorities are alright with it. But as soon as anything happens for their revival, it raises controversies. Had this cinema been in any other country of the world, it would have been among the most expensive and popular tourist sites, but this concept lacks here in Pakistan and I am extremely disheartened over these conditions of our heritage and classic cinemas,” WCLA DG Kamran Lashari said.

Filmmaker Syed Noor expressed his grief over the present state of cinema and film media in Pakistan by telling Daily Times, “We are unfortunate that we lag behind in the promotion of our old cinemas and films. Pakistan Talkies is a heritage site and Noor Jahan had performed on its stage at the age of six or seven, so that is the importance of this place and one can imagine how old it is.” 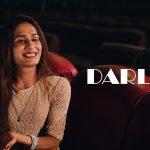 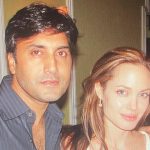 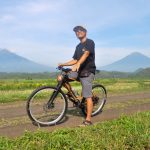 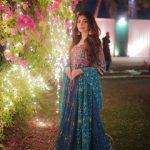