Once the undefeated world champions, Pakistan has been miserably suffering in Hockey and Squash. Let's not forget the fact that Pakistan failed to win even a single medal in Olympic Games Rio 2016. Why not make Squash and Hockey great again? 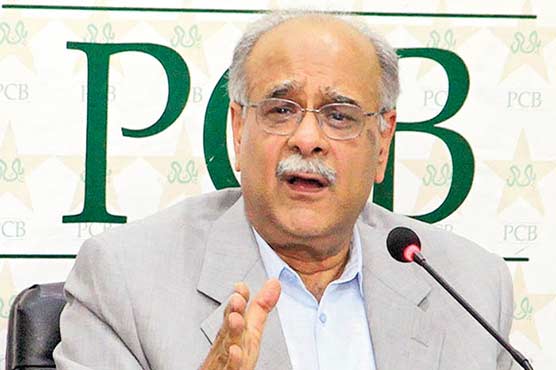 As the Pakistan Tahreek-e-Insaf (PTI) won majority of National Assembly seats in general election 2018 and is likely to form the government in center, since then, there are rumours that the Chairman Pakistan Cricket Board (PCB) would be replaced. However, the social media has been made a source of  such rumours, but no official statement has been issued  by Pakistan Tehreek e Insaf (PTI). Meanwhile, some people associated with PTI believe that Najam Sethi should be sacked from his position of PCB Chairman.

Imran Khan, in his post election speech emphasized on leaving behind his past and there will be no political victimization but his close aide Zulfi Bukhari and Amir Liaquat seem to be not agreeing with their leader. In his recent interview, Zulfi Bukhari said that Najam Sethi should resign from his post while Amir Liaquat tweeted that there is a need to change the administrative role in PCB to make Pakistan’s cricket better.

Read Also: I will resign but not compromise on honour, dignity: Najam Sethi

It is quite understandable that many of Pakistan’s institutions need a complete revamp to make a ‘Naya Pakistan’ that Imran Khan promised, but changing a completely competent system would be unwise.

It was 2013, when Najam Sethi was given responsibility of the PCB, at that time  Pakistan cricket was in disarray. We were embarrassingly eliminated from Champions Trophy 2013, losing all three matches without putting a decent fight. In an ODI match, our high score in trio CT13 defeats was 170.

After the disastrous performance in limited over cricket by Pakistan cricket team, would anyone believe that the men in green turned the tables by beating England and India convincingly in semi-final and final respectively to win the Champions Trophy after four years? I am not saying that Sethi deserves all the credit for the win but one can’t deny the fact that he is one of the many reasons behind Pakistan’s current position in International cricket.

With no cricket on home  grounds, we had been struggling to bring any team who could play on Pakistani grounds. There were talks of Pakistan Super League (PSL) but Sethi turned out to be an iron man in making it possible. Inviting Zimbabwe to Pakistan, making Pakistan Super League’s dream into reality, successfully convincing World XI to visit Pakistan and holding PSL’s knockouts in Lahore and Karachi were the highlight of Sethi’s ongoing tenure.

The next challenge Pakistan cricket will face is to increase the number of PSL matches in the country. Given his track record, I believe Sethi is the right man to make it happen. Don’t forget that he is the man who filed a case against BCCI for not fulfilling the latter’s promise of playing bilateral series against Pakistan. This type of case needed higher level political acumen and sethi can lead the case wisely. Before  considering to sack him, the concerned authorities  should not forget that he forced ICC to shift Asia Cup 2018 to UAE from India.

While hiring a field expert is usually the way to go, it should not be forgotten that Ejaz Butt was a former cricketer, albeit a mediocre Chairman. Chairmanship of PCB demands managerial qualities as well that not everyone possesses.

I request to the PM-in waiting Imran Khan that several issues are looming in sports other than cricket.

Once the undefeated world champions, Pakistan has been miserably suffering in Hockey and Squash. Let’s not forget the fact that Pakistan failed to win even a single medal in Olympic Games Rio 2016. Why not make Squash and Hockey great again?

Pakistan stands nowhere in football while our neighbors have made their place on 97th in FIFA World Rankings.

We need to set our priorities right. Najam Sethi deserves to remain seated as the PCB Chairman for his outstanding achievement for the cricket of Pakistan.