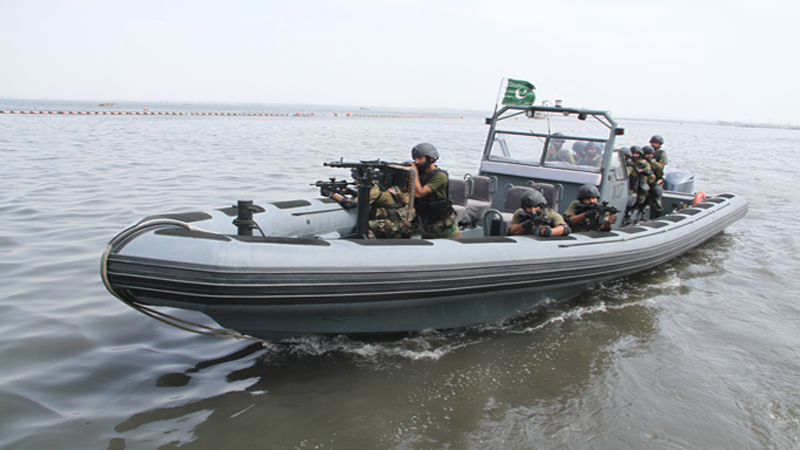 Maritime sector is important. Many view it as an index of prosperity of a nation. While everybody in the world benefits from sea and shipping – up to 90% of world’s merchandise is carried by sea; very few people realize it as this largely remains hidden from view. Thousands of merchant ships trade internationally with capacity to carry huge amounts of goods, ply the world oceans carrying virtually every kind of cargo. Crude Carriers transport hundreds of thousands tons of crude oil on a daily basis across the oceans. The world fleet is registered in over 150 nations and manned by over a million seafarers of virtually every nationality. Interestingly, when compared to air, rail or road transport; sea transport is the cheapest transportation mode for an ever-growing, globalized economy. Apart from cargo transportation, passenger transportation (ferries and cruise ships), port services including berthing, and navigational services (vessel-assist tugs, harbor maintenance vessels, etc.) are important marine activities. Moreover, all ships use ports. Ports and terminals earn income by charging ships for use of their facilities and services. A ship’s visit to port involves ship chandlers, surveyors, insurance people and repairers. Obviously added to these are ship builders, equipment manufacturers and port developers. Once ships get old, they are scrapped – again benefitting millions. Shipbreaking at Gadani, Balochistan is a stunning activity. Shipping industry is thus, phenomenal.
Besides, fish is the staple food in a large part of the world. Marine fisheries are the main source of income for millions. Moreover, apart from known reserves; improved technology is facilitating exploration of new under the seabed deposits of oil, gas and minerals worth billions of dollars. But the importance of the sea is not only economic.  It also acts a medium for national defence. Here the principles of ‘Freedom of Navigation’ and ‘Sea is the common heritage of mankind’: add distinct dimensions to the use of sea for national defence. With advances in naval technology, sea has become a preferred medium for projecting power and influencing events ashore, making it an arena for political and military power plays.
Pakistan is gifted with an important location astride the world’s energy highway across Indian Ocean – renowned American naval strategist Alfred Thayer Mahan predicted Indian Ocean to be the place where much of the economic and strategic dynamics of the 21st century will be played out. Currently this region is not just viewed as a body of water or a medium for transporting nearly 65 percent of the world oil and 35 percent of natural gas from gulf but an arena for contemporary geopolitics – an important region that provides the easiest and shortest access to Central Asian States and Western China, and a route via which diverse consumer products are shipped from the east to markets in Europe and beyond.
These compulsions rightly makes Indian Ocean the jugular vein of world economy. It is imperative that Indian Ocean region (IOR) remains a safe and secure environment for maritime activities. Besides, non-traditional and asymmetric challenges of maritime terrorism, piracy, narco-trafficking and arms as well as human smuggling continue to manifest in IOR – further complicating the maritime security calculus. These compulsions as well as the ongoing war in Afghanistan and military presence in the Gulf has prompted sustained multinational naval presence in IOR, both independent and as part of coalitions.
Pakistan has over 1000 km long coastline. Our Exclusive Economic Zone (EEZ) and Continental Shelf have an area, larger than the area of Pakistan’s biggest province – Balochistan. While unhindered shipping and marine activities are extremely important for any country, Pakistan clearly is no exception: ships must continue to move to and from our ports, timely and safely and also navigate in our sea area of responsibility without any security fears. Needless to mention that about 95 percent of our trade and imports of LNG and oil are via the sea route. Regular supply of oil and LNG, machinery and industrial imports and unhindered export of Pakistani products is crucial not only for our economy but indeed our national life. It may be mentioned here that while previously Karachi Port acted as our only major port, Port Qasim has in recent years been gradually catching up and in few instances surpassing Karachi Port in terms of Cargo Tonnage handled. It may also be added that currently Port Qasim houses all the LNG import facilities and infrastructure of Pakistan. Similarly, operationalization of Single Point Mooring (SPM) for the import of POL by M/s BYCO, infrastructure development by M/s China Power Hub Generation Company for handling coal, and development of LNG import terminal by M/s Bahria Foundation are upcoming and key developments in the maritime sector that require to be facilitated and closely guarded. Besides, currently there is much under discussion regarding the CPEC. Few however realize that Pakistan can reap the benefits of CPEC only if its main component – the sea route is secure and Gwadar Port itself is safe and functional.
Geographically, close proximity to the Straits of Hormuz, which is the lifeline of the world’s energy, makes Pakistan’s location extremely important and necessitates fielding a worthwhile capability for ensuring peace and order at sea. In this regard Pakistan Navy has been gradually transforming itself as a potent force; capable of not only defending our maritime interests but also radiating influence in the region and beyond – striving to achieve national foreign policy objectives through regular engagement with friendly countries and foreign navies thus promoting strong ties with our friends through naval diplomacy, contributing to nation-building efforts by ensuring security of LNG terminals, offshore installations, ports and harbours, regulating marine activities like fishing and hydrographic/ offshore surveys, contributing towards uplift of our coastal belt and responding to natural calamities like floods, cyclones and other disasters.

It needs no mention that security dynamics across the globe, specifically across our region continue to evolve. Pakistan Navy, always standing for peace and amity in the region has been effectually responding to these changing dynamics. In order to ensure peace and order at sea, Pakistan Navy had been regularly participating in the multinational coalition, Task Force 150 (TF 150) as well as multinationals Task Force 151 (TF 151), under the auspices of Combined Maritime Forces (CMF). Responding to the evolving regional dynamics by realigning priorities and retorting very timely and pragmatically; Pakistan Navy has recently instituted Regional Maritime Security Patrols in the IOR, in line with UN Resolutions and UN Charter on Law of the Sea (UNCLOS). With these patrols, Pakistan Navy aims to maintain a robust security posture in critical areas and choke points of the IOR. The goal: peace and order at sea by ensuring protection of national and international shipping against threats of maritime terrorism, piracy, narco and arms smuggling and human trafficking. The approach: independently deployed Pakistan Navy Ships can loiter in international waters, remaining highly mobile. By demonstrating forward presence and commitment these ships will leverage deterrence and timely respond to potential or emerging maritime threats, with strategic autonomy.