Pakistan to pursue economic ties with Iran despite Trump sanctions 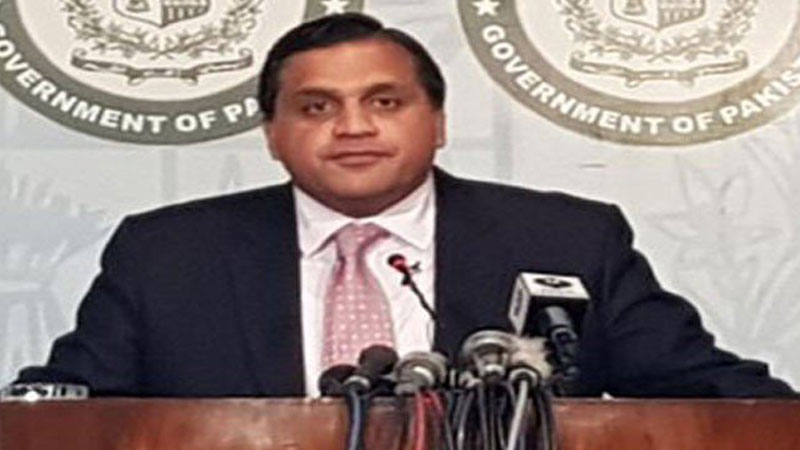 ISLAMABAD: The Foreign Office said on Thursday that Pakistan reserved the right to pursue legitimate economic ties with Iran in spite of the United States decision to re-impose sanctions on the western neighbour.

In a weekly press briefing, Foreign Office spokesperson Dr. Muhammad Faisal said that the FO was examining the implications of the sanctions. However, he insisted that Pakistan was a sovereign state and it reserved the right to pursue legitimate interests with any country, while respecting the international legal regime.

Commenting on the ongoing hostility between Canada-Saudi Arabia, Dr Faisal expressed solidarity with the latter, and said that the FO was following with ‘immense concern’ the crisis between the two countries.

Recently, the diplomatic spat began after Canada criticised Saudi Arabia for the treatment being meted out to women rights activists in the Kingdom. The move sparked action from Riyadh, which suspended trade and expelled the Canadian envoy to the KSA.

At least 30 civilians were reported dead in the firing instances, the FO spokesperson said, adding, that despite rampant Indian state terrorism, Kashmiris observed a complete strike against Indian attempts to abrogate Article 35-A in an effort to strip them of their permanent resident status in the held territory. He termed Indian actions a complete violation of the numerous UNSC Resolutions and international law.

The FO spokesperson said Indian forces killed 12 Kashmiris last week in their brutal acts of violence. He expressed deep concern over reports about the shifting of senior women Kashmiri leaders from Mandoli Jail to the notorious Tihar Jail in New Delhi, in a bid to exert additional psychological pressure on families and to keep them away from scrutiny.

On a question regarding reported increase in the number of surveillance posts along Pakistan’s border by India, the spokesperson said Pakistan’s armed forces were fully equipped and prepared to defend the country against any attempts.

Referring to improving Pak-Russia relations, Dr. Muhammad Faisal said Pakistan and Russia have been successful in building a strong partnership based on mutual respect, commonality of interest and convergence of views on important regional and global issues.

The two countries have held joint editions of two military exercises in Pakistan in 2016 and in Russia in 2017. Pakistan Navy ship ASLAT visited the port of St. Petersburg recently to participate in Russia’s Navy Day celebrations.