When justice is delayed in civil cases such as land disputes, it can potentially result in extra judicial crimes

Land is crucial to many development challenges across the world. According to the United Nations, 7 out of 10 people in the world do not have access to land registration systems that gives them a clear, legal title to their property. This causes major challenges for poor and deprived communities. We can find such examples in Pakistan where poor farmers work in fields throughout their lives, without a single inch of land to their name. Moreover a vast majority of women never get their share in property due to complex land issues. Subsequently, the UN’s Sustainable Development Goal has set the target of “all men and women having equal rights to ownership and control over land by 2030.”

Computerising land records is a highly complicated process due to firm resistance from powerful mafias that are deeply entrenched in the Pakistani state. For them, the automation of land records is equivalent to the end of their status quo. Though there were many projects initiated by the federal and provincial governments, with the assistance of donor agencies — they have not yielded much results.

A widely acknowledged hindrance to these projects was immense resistance from powerful elites sitting in assemblies, bureaucracy and other segments of the state. However, these initiatives have paved way for a direct link between justice and land reforms.

While an estimated 1.8 million cases are pending in courts, majority of them are civil; related to land disputes or simple land titling. During the British era, land records were maintained on pieces of cloth. These were never computerised in Pakistan after 1947, which led to the Land Record Officer or patwari gaining unprecedented power, in his tehsil. Due to this frequently blatant manipulation and damaging of records, all the records of a council change, which results in land disputes. These disputes ultimately overload the courts with thousands of case that would be easily resolved if computerised land records existed. In Urban areas such as Islamabad and Lahore, the Capital Development Authority (CDA) and private housing societies such as Bahria Town, DHA have computerised their systems; resulting in their popularity.

When justice is delayed in civil cases such as land disputes, it can potentially result in extra judicial crimes, due to parties taking justice in their own hands. According to an estimate, 70 percent of criminal cases in courts are due to the delay of justice in the civil cases. These cases sometimes take years or decades to resolve, due to record issues or lack of response from district land revenue departments.

An estimated 1.8 million cases are pending in courts, majority of them are civil; related to land disputes or simple land titling

In 2012, the Punjab initiated its automation of land records system — a massive project that has transformed the way it manages land records. This project was supported by the World Bank. During the digitisation process, the government replaced the error and corruption-prone manual system, with a digital Land Records Management and Information System (LRMIS); handled by professional staff in 144 modern land record centres across the province’s 36 districts.

Within just five years, the project has scanned ten million pages of old records, digitised all land records for over 55 million landowners across the province, and made information easily accessible online. As a result, the time needed to complete a transaction has dramatically decreased — from two months to just 50 minutes.

This achievement of the Punjab Government is rejuvenating and such projects should be extended to Sindh, Balochistan, and Khyber Pakhtunkhwa. But this is only linked with the “will” of the government to implement land reforms.

This will on one hand reduce citizens’ misery regarding land dispute issues, and simultaneously help the government in generating revenue and tax. A fully-functioning land record system linked with the National Database and Registration Authority (NADRA), banks and tax departments will not only decrease tax evasion, but will also prevent corruption, and misuse of a public position. Moreover it helps a Pakistan that is directed towards providing accountability mechanisms, and reducing fraud and corruption. Feudal lords will no longer be able to lay claim to untitled land and hold thousands of farmers’ hostage.

A transparent land-record and quick justice process will no doubt improve public confidence in the state with renewed accountability and transparency — and if implemented across the country will no doubt result in a naya Pakistan.

The writer is a media and communications professional. He can be contacted at zia051@gmail.com or Twitter: zia051 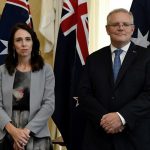 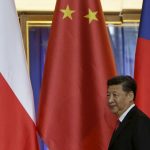