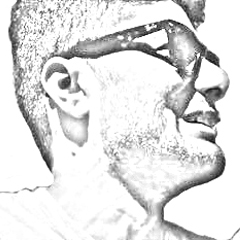 Why do Pakistanis hate the IMF?

The failure of Pakistani officials was always written on the wall, but the IMF buried its head in the sand

Pakistani media is swamped with speculations about the bailout package the upcoming government intends to acquire from the International Monetary Fund (IMF). The new government may not introduce a thought out reforms plan to improve macroeconomic stability during the first few months in power; however, should they seek an IMF loan, it will come with multiple strings attached. This will restrict the government’s ability to develop and implement a homegrown reform plan. Moreover, an IMF loan will impact the Pakistan Tehreek-e-Insaf’s (PTI) popularity — no matter how serious the need of the loan is or how important the reforms are.

A typical IMF bailout package is provided through the Extended Fund Facility (EFF) to support countries that have a weak balance of payment (BoP) position and structural macroeconomic imbalances. The last time Pakistan sought an EFF was in in 2013 when the Pakistan Muslim League Nawaz (PML-N) government requested$6.7 billion spread over 36 months. For context, our current account deficit was $2 billion a month for the last three months.

Much like earlier loans, the twelfth package’s target was reducing the budget deficit, improving the BoP, and tackling the energy crisis. From September 2013 to October 2016, the IMF was “satisfied” with the impact of the economic reforms it had pushed for. However, as soon as in June 2017 the Fund noted that the “macroeconomic stability gains made under the 2013-16 EEF-supported program have begun to erode and could pose a risk to the economic outlook.”In other words, the program had failed. The program helped fill an existing hole by digging a new one.

The fate of the last program is precisely what Dr Ehtisham Ahmad and Azizali Mohammed identified in a 2012 working paper (PDF) in which they noted that Pakistan’s IMF history is plagued with successive governments’ habitual failures to introduce long-lasting structural reforms. We should recognise that, more than anything else, it is indeed our inability to reform the economy as we pledged to the IMF before every loan we requested, which has made the country an “IMF addict”, in the words of Dr Nadeemul Haque.

The upcoming government must inform the nation of its limitations and the way forward in a transparent, trustworthy manner. We have had enough of Ishaq Dar’s number gimmicks

These structural reforms are not only direly needed, but are multifaceted and toilsome.

Firstly, our narrow tax base fails to meet the spending requirements of the government, resulting in budget deficit which is bridged through public borrowing. The public debt increased from Rs 10,766 billion in 2011 to Rs 20,872 in FY 2017. More people have to be brought into the tax net and tax evasion penalised to increase tax-to-GDP ratio from 12.6 percent in FY 2016-17 to upwards of 18 percent by FY 2022-23.

Secondly, on the expenditure side, losses incurred by state-owned enterprises (SOEs) and the power sector should be cut to control wasteful expenditures, so the revenue is redirected towards the education, health and infrastructure facilities, which hold more valuable dividends in the long-run.

Most importantly, the looming BoP crisis must be addressed. As per the State Bank of Pakistan statistics, from July 2017 to April 2018, our imports were worth$54 billion — twice the value of exports. No quick-fix is available to increase exports as any measures will take time to deliver the targeted results. A good substitute however would be an increase in workers’ remittances and foreign direct investment, but they cannot be scaled by $25-30 billion a year anytime soon. Although it is a lame policy tool, the willingness of the government to let the rupee depreciate against the dollar will make imports more expensive, but at the cost of high inflation, which is a risk not worth taking.

Interestingly, the conditions of the IMF programs did not differ from these reforms in the past and are not expected to change for any future bailout. Therefore, it is worth asking how justified our anger towards the IMF is.

There are two key elements to consider in this context. First, much of this scepticism towards the IMF programs stems from a general belief that these reforms are being imposed at the helm of some foreign countries. Therefore, the resulting reforms are rarely welcomed by masses, which constitutes the majority of families at the lower end of the economic spectrum, in a recipient country. Second, especially in the case of Pakistan as identified by Dr Ehtisham Ahmad, has been the absence of incentives for the governments or the IMF to implement a reforms agenda as needed. Therefore, despite receiving a dozen bailout packages, Pakistan has never had an extended period of macroeconomic stability.

The people of Pakistan must be angry at the IMF — not because the Fund pushed for unpopular austerity measures, but because it approved a dozen bailout packages in the past solely for political reasons. The IMF knew from the outset that democratically elected governments were prone to instability and the military dictators did not want to elevate the unpopularity of their unconstitutional regimes by introducing hard-hitting reforms.

The failure of Pakistani officials was always written on the wall, but the IMF buried its head in the sand.

We need reforms, as always — but those that people don’t think are dictated by foreign governments. The upcoming government must inform the nation of its limitations and the way forward in a transparent, trustworthy manner. We have had enough of Ishaq Dar’s number gimmicks. Those are of no use.

Imran Khan and his team should assure the people that their taxes will be spent wisely and honestly. Strive to write a new social contract between the state and its subjects. Otherwise, we will just add another five years to the miseries of this poor nation!

The writer specialises in energy policy and finance and has interests in social psychology and anthropology. He tweets at @sohaibrmalik