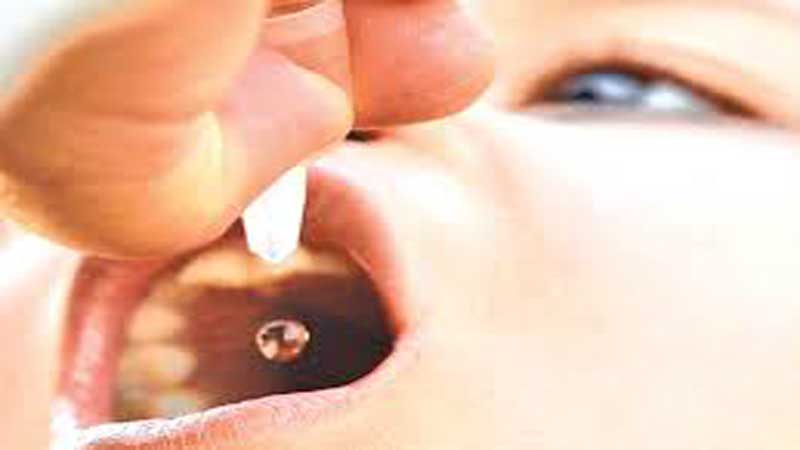 KARACHI: Pakistan Tehreek-e-Insaf (PTI) MPA-elect Haleem Adil Sheikh on Monday persuaded the residents of a Gujjro village to end their seven-month-long boycott of the polio vaccination.

As many as 850 children were administered polio drops following the end of the boycott.

According to details, Haleem Adil along with party members and health officials visited Sindhabad Goth of Union Council Gujjro and assured the slum dwellers that the newly elected members of the PTI would end their deprivation.

The villagers expressed happiness on the visit of the MPA-elect to their neglected slum and on his request ended their boycott.

Talking to the media, Haleem Adil said that the slum area was a big question mark on performance of the previous Pakistan People’s Party (PPP)-led provincial governments.

He said flood victims of the area had been waiting for basic facilities since 2010 but no effort was made for their rehabilitation.

He said Union Council Gujjro was amongst poorest areas of Karachi, where thousands of families were living in abject poverty.

He said due to boycott of villagers, many polio cases were reported from the vicinity.

He assured the villagers that the incoming PTI government under PM-in-waiting Imran Khan would work hard for the underprivileged segment of society in the country.

He assured them that PTI government would take every effort for rehabilitation of affected villagers in every corner of the country to provide them all basic facilities of life.

He thanked Pir Farukh Jan Sarhandi and other local elders who also persuaded the villagers to end the boycott and thus played a good role in eradication of polio.

“We are determined to make a polio-free Pakistan,” he said, and thanked police and Health Department officials for their assistance in making the anti-polio drive a success.