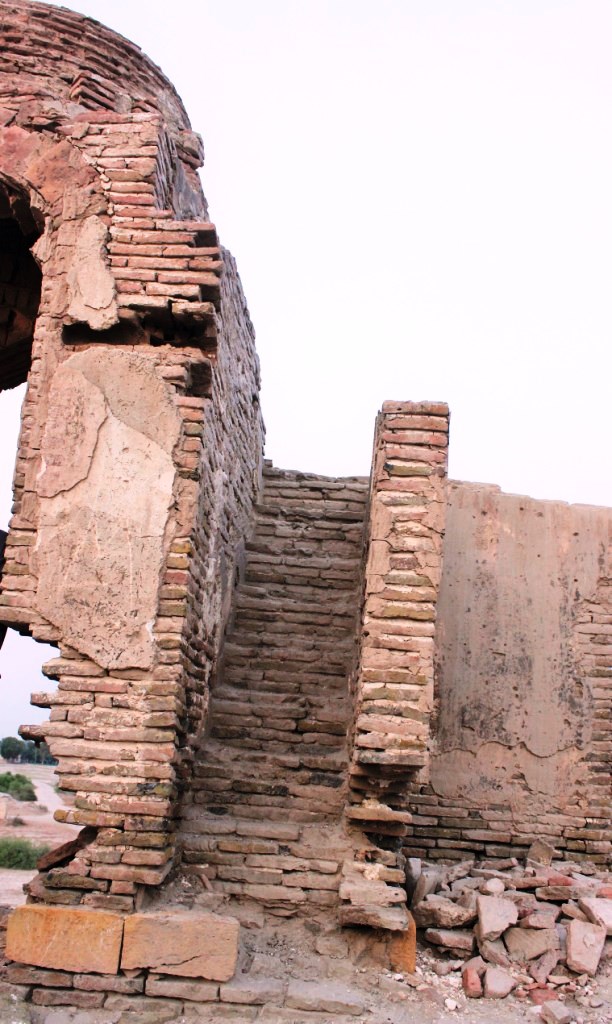 The historical sites are said to have great leverage to attract tourist, and boost the economy. The progressed nations of developed countries, recognize past, preserve and learnt from it, and move to future. They value heritage and show to the world with proud. Centuries old, Egyptian pyramids are still serving soil. This archaeological site attracted 14.7 million tourists by last year.

Unfortunately, due to lack of interest and awareness, many beautiful structures are ruined due to carelessness of authorities and rest are in crumbling state. I being a photographer, often go through such spots, historical but barren, storytelling but no tourists or visitors are  found and  the sites depict as waifs. 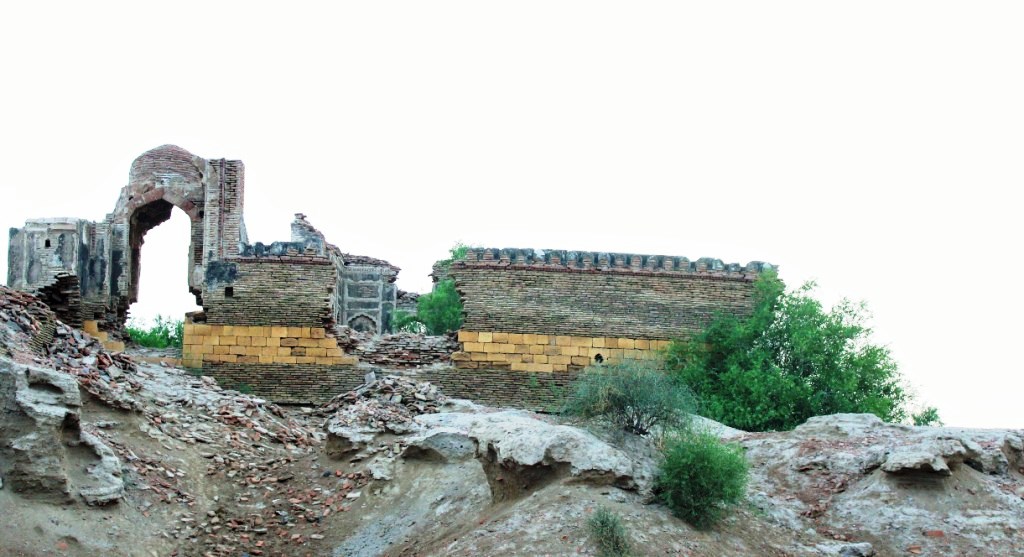 Very recently, I had experience to pass Agham Kot, an ancient fort and town that has turned in relics now. This Fort, dates back to Pre- Muslim epoch of Sindh and lies some 55Km, in East of Hyderabad Sindh. Like many other historical structures, nobody has shown interest to carry out research on this spot properly.

The name of Aghamkot has been mentioned differently in different books, some have referred it Angoomano and others, Aghmano. Now locally, it is known as Aghamkot. 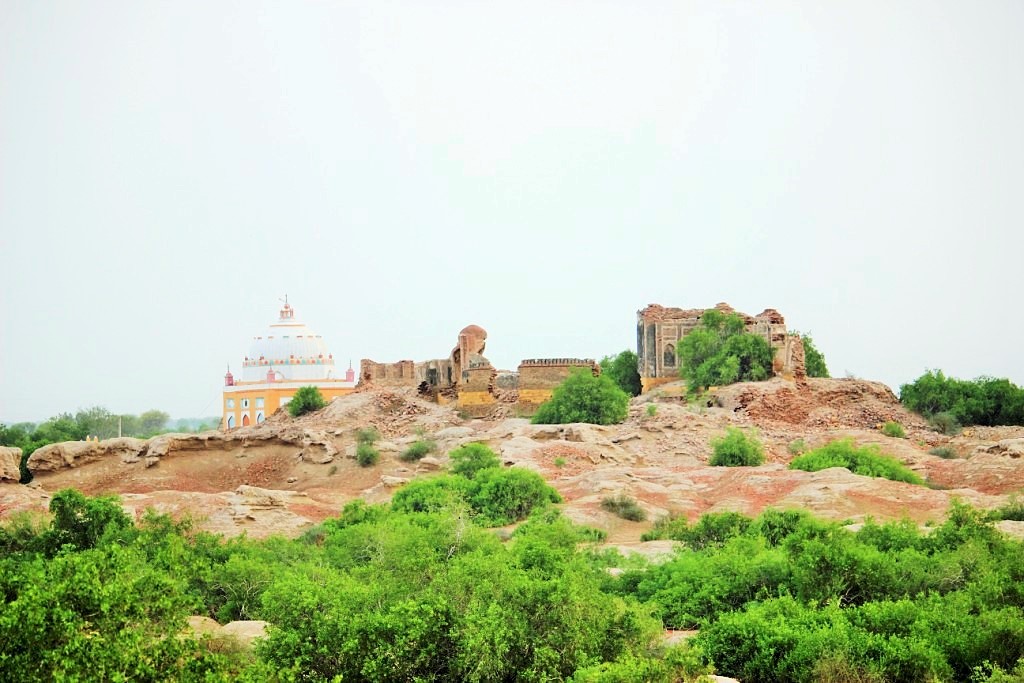 It is said that, AghamKot is named after ruler Agham Lohana, who once ruled here and founded this town in 7th century. King Chach of Brahmanabad dynasty invaded this area after conquering Multan and sehwan. Agham Lohana died during this invasion. Though fight remained for months, but Serhand, son of Agham Lohana and his cronies surrender before King Chachs’ forces. This is how sometimes dreams are vanished before destinations and Lohanas’ couldn’t hold it for long.

This forgotten fort, witnessed progress and development during Samma dynasty, here teachers used to come from Mesopotamia (Iraq) to teach. Aghamano or Agham kot was considered to be second largest centre of seminaries and academic institutions after Thattaat that time. 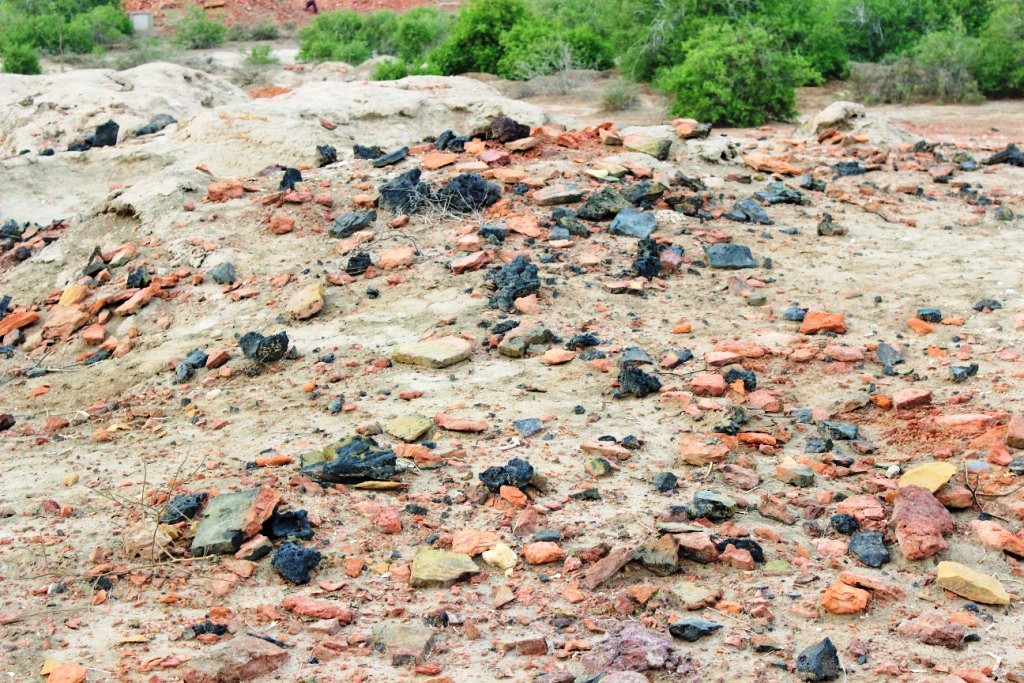 Later with passage of time, many other saints came here; they came, lived, preached, died and are buried here. Makdhdoom Muhammad Ismail came from Gujrat, historical tales depicts that, famous folk character of Sindh, Watayo Faqeer accepted Islam at his hands and also remained student of Makhdoom Muhammad Ismail. The shrine is in midst of Agham Kot and many devotees celebrate his Urs every year.

There are many other shrines of saints and collapsed walls of this fort, which need to be examined by students of archaeology and anthropology.

One can witness Historical Patan wari masjid (Mosque alongside jetty) at just entrance of site.  A Mosque which is said to have witnessed prayers of many in this city of knowledge for centuries has collapsed now. Bushes have grown along fallen walls of the mosque.

Another mosque, which is said to have been Jamia Mosque of Agham kot at once, is taking some last breaths and bit by bit vanishing from mounds where it’s situated. One  Uniqueness about this mosque is that the remains of some ladders going up to a platform can be seen here for which locals said was a place of Azaan (call for prayer). 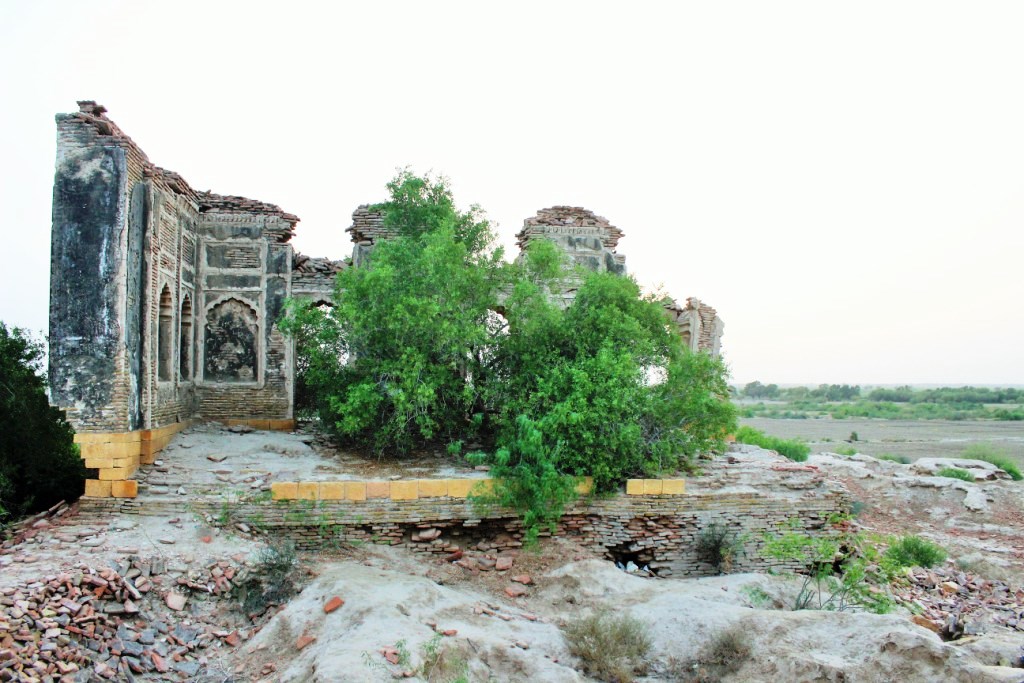 I reached there by evening time, met with few locals and they shared information, what they had been acquiring from ancestors.  A shrine there belongs to a Women “Bibi Mahm” for whom there are different references as to her year of death. Few refer to year of death as 170 A.H though it’s mostly regarded to as 1070A.H

This site is diverse in origin that one will find Shrines, mosques and graveyards altogether.

Famous Sindh scholar, MR: M.H Panhwar stated that, the journey of Aghamkot toward disfigurement started, when Afghan invader Madad Khan Pathan invaded and looted this area. Meanwhile, some historian suggest attribute it to, changing course of Indus river that once flows through this area. 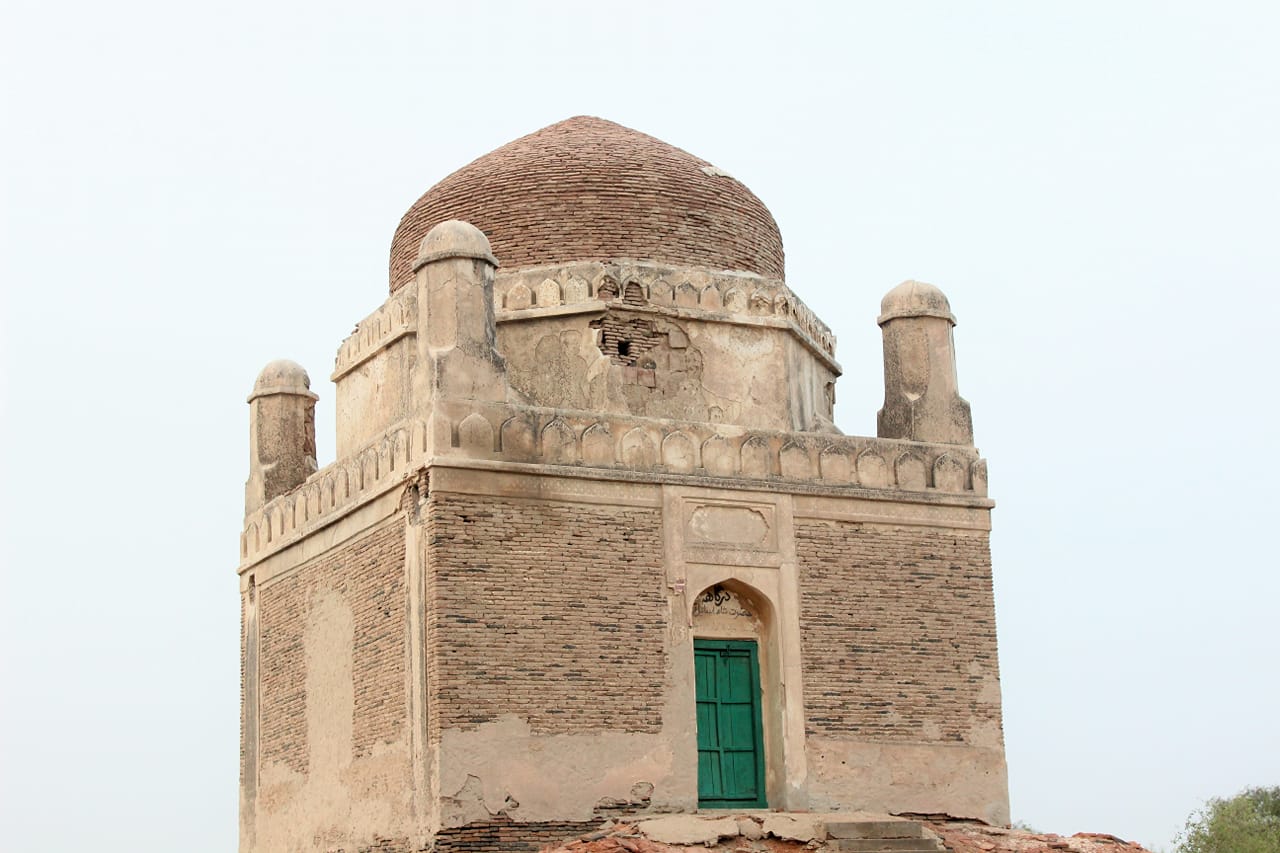 Owing to all these facts, down fall of Agham kot is still a puzzle, that yet to be solved by historians and archaeologists. There is dire need to preserve it by establishing a small museum, data about ruins on location and placing sign board along the road leading to this site. This site can also attract many antiquarians and jack up local economy to some extent if given a sometime. 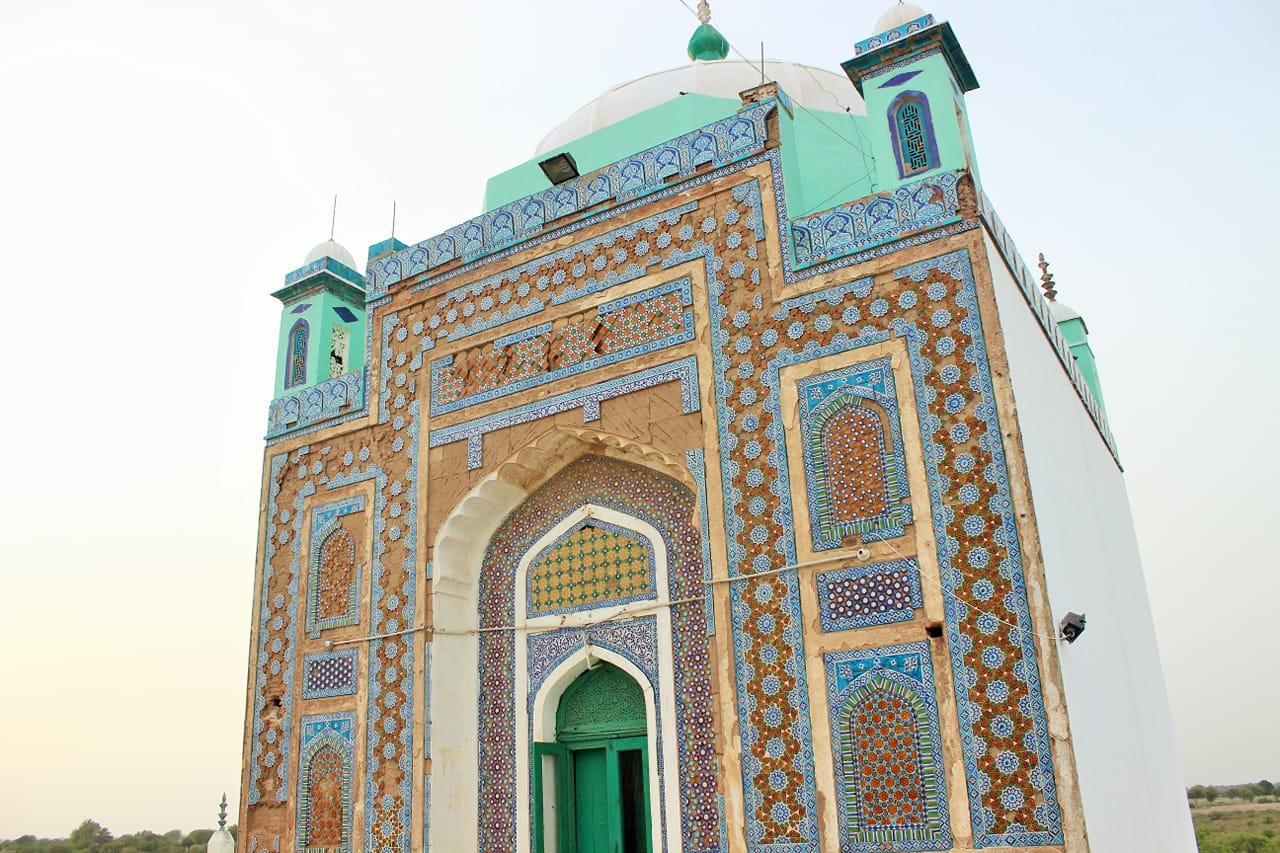 This effort will create an importance about our heritage and historical structures, that is the need of time. Urbanization and unbridled growth in population is demolishing all these assets without any notice, perhaps demolishing us without any warming.

I and Agham Kot left each other in uncomfortable state; I had much disappointment with acts we done with our historical belongings.