US to urge pressure against North Korea at Asia talks 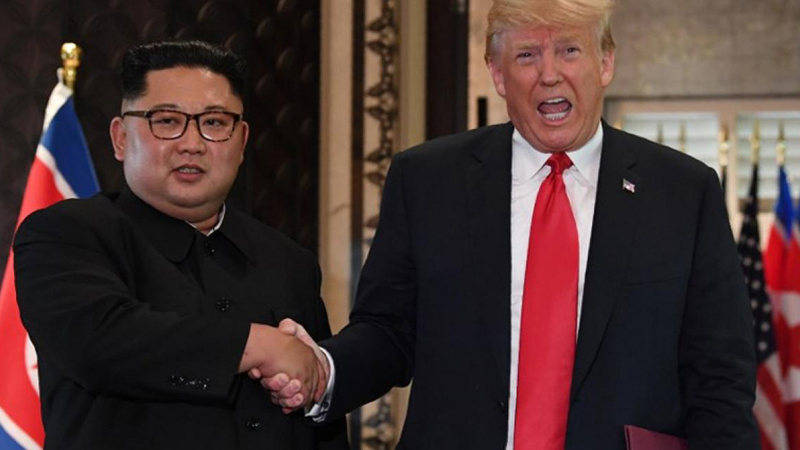 The US will urge the international community to keep up sanctions pressure against North Korea at a security forum in Singapore this week, as concerns mount that Pyongyang has made little progress towards denuclearisation.

Secretary of State Mike Pompeo and his North Korean counterpart will attend the gathering in the city-state where US President Donald Trump and the North’s leader Kim Jong Un held their historic summit two months ago.

Pompeo and top diplomats from other countries involved in trying to curtail Pyongyang’s nuclear ambitions will scrutinise whether the North has taken concrete steps towards abandoning its nuclear weapons.

At his landmark talks with Trump in June, Kim signed up to a vague commitment to “denuclearisation of the Korean Peninsula” – a far cry from long-standing US demands for complete, verifiable and irreversible disarmament.

While there have been small signs of progress, news reports indicate Pyongyang is continuing to build rockets, and there are mounting concerns that the enforcement of United Nations sanctions on the North is being relaxed by some member states.

A US official said Washington was ‘concerned’ by North Korean violations of UN-approved sanctions, including illegal shipments of oil by sea.

Gatherings like Saturday’s ASEAN Regional Forum are “an opportunity to remind all countries of their obligations in adherence” of UN Security Council resolutions, the official said.

The annual forum, hosted by the Association of Southeast Asian Nations (ASEAN), brings together top diplomats from 26 countries and the European Union for talks on political and security issues in Asia-Pacific.

The foreign ministers from all nations involved in stalled “six-party” negotiations with North Korea aimed at reining in Pyongyang’s nuclear programme will be at the gathering: the US, China, Russia, Japan and South Korea.

Cutting off oil and fuel to the North would require enforcement primarily by China, which supplies most of North Korea’s energy needs, but also by Russia, which delivers some oil to Pyongyang.

Despite the concerns about the North’s progress toward abandoning its nuclear weapons, ministers at the forum are expected to strike an upbeat note about the agreement between Trump and Kim. They will encourage the US and Pyongyang “to continue working towards the realisation of lasting peace and stability on a denuclearised Korean Peninsula”, according to a draft copy of the chairman’s statement obtained by AFP. US officials have not said if Pompeo will meet his North Korean counterpart, Ri Yong Ho, on the sidelines of the forum.

But even if he does, Sung-Yoon Lee, a Korea expert at the Fletcher School of Law and Diplomacy at Tufts University, was sceptical that there would be any fresh signs of progress when it came to denuclearisation.

“Pompeo shall gain nothing substantive other than North Korea’s amenability to further talks about talks,” he said.

The US secretary of state will also focus on another major regional flashpoint at the forum – rival claims in the South China Sea and China’s growing presence there.

China claims nearly all the strategically vital sea, including waters approaching the coasts of ASEAN members Vietnam, the Philippines, Malaysia and Brunei.

Beijing has in recent years expanded its presence in the sea by building artificial islands capable of holding military bases.

Malaysia and Indonesia, Pompeo called for a “free and open” Indo-Pacific region and will expand on the theme at the Singapore meeting, according to the State Department.

The disputed waters will be in focus when the 10 ASEAN foreign ministers hold talks among themselves during a working dinner on Wednesday, with the regional bloc and China expected to announce some progress in long-running talks aimed at coming up with a code of conduct for the sea.

They are expected to announce that they have agreed on a single draft text that reflects the starting negotiating positions of countries towards a code.

Analysts however stressed it would be another small step coming over 15 years after negotiations began.

Hoang Thi Ha, an analyst at the ASEAN Studies Centre in Singapore, said the development represented “some initial progress” but noted that drawing up the code “will continue to be a painstaking and painfully slow process”.