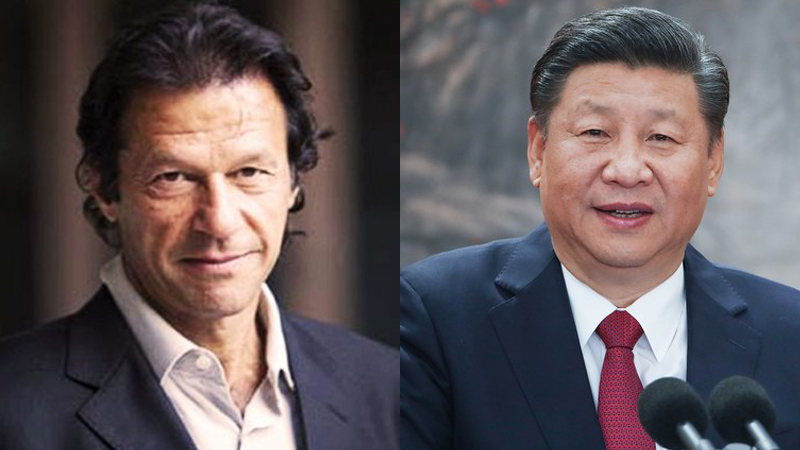 Away from the post-election hullabaloos and rabblerousing around allegations of manipulation in Pakistan, curious officials and observers in Beijing are holding their breath as to what awaits them once Imran Khan assumes the premiere’s role. Khan’s initial reservations over terms of engagement surrounding the CPEC projects and the 2014 sit-in sit deep in the institutional memory. Pakistan-watchers and some officials, on the sidelines of an Afghan-Pakistan-China Trilateral Counter-Terrorism dialogue here in the Chinese capital received the news of PTI’s victory, followed by Khan’s speech, with some relief, but wondered whether the new government will go for fresh negotiations on some of the CPEC agreements signed by former Prime Minister Nawaz Sharif and Chinese President Xi Jinping.

Nothing much will happen, was the message we conveyed to them with the caveat that serious imbalance in contractual obligations could possibly attract the new government’s attention because of its ambitious plans to contain unemployment.

As we exchanged views with our Chinese counterparts, some of us also began drawing parallels between the former cricketer and China’s current strong man President Xi. Khan is a head-strong, assertive and pushy aspirant to power. With an extremely humble appearance and soft talk, Xi is already into the sixth year of his undisputed rule, and is determined to continue his assault on the status quo that had evolved around the mighty Communist Party of China. Xi began his presidency in 2012 with an anti-corruption drive as one of his four cardinal goals.

Xi was conscious of the galvanizing though negative impact of the predominance of the ruling party on the common man. No surprise then that Xi retained anti-corruption as his priority goal, beside his unwavering focus on people-friendly policies, structural reforms and poverty alleviation.

Khan had founded his party nearly 22-years ago on the promise of denting the status quo and eradicating corruption through structural reforms. He most probably struck an important chord when, during his victory speech on July 26, he vowed to learn from the Chinese development experience.

Like Xi, Khan seems determined to dent the status quo that he believes has had a strangulating impact on people’s lives. Some of the institutional reforms, seen in service delivery – education, health, policing, access to essential services in Khyber Pakhtunkhwa – probably provide a glimpse of what a people-focused governance can deliver, something Xi Jinping has been wedded to. Citizens’ welfare occupies considerable space in his daily engagements and speeches at home.

Indeed, Xi is now dreaded by corrupt officials, governors and Peoples’ Liberation Army officers alike. The latest victim of Xi’s merciless assault on corrupt officials has been Lu Wei, who was charged with corruption on July 30.

State media said that Lu had taken advantage of his positions and used other officials to seek profits for others. It said he had accepted “huge amount of money and property”.

Lu is one of the highest profile officials to be taken down in the anti-corruption drive, following his expulsion from the Communist Party in February this year.

A police officer who was among China’s top 100 international fugitives also returned this week from the U.S. to face charges of taking bribes, becoming the 54th fugitive former official to have returned amid a marathon government campaign to capture corruption suspects abroad, said the Xinhua News Agency.

Imran Khan owes his likely elevation to the country’s most coveted post also to his anti-graft campaign that received a huge fillip with the data-dump called Panama Papers in March 2016, which culminated in the disqualification and imprisonment of Nawaz Sharif.

If President Xi’s relentless focus on “cleansing” the party and the army of corrupt officials were any indicator, one could assume that he would likely find an equally zealous partner in Imran Khan. All indicators suggest that Khan would find eager ears, including those of President Xi, to listen to his vision for clean governance and equitable development.