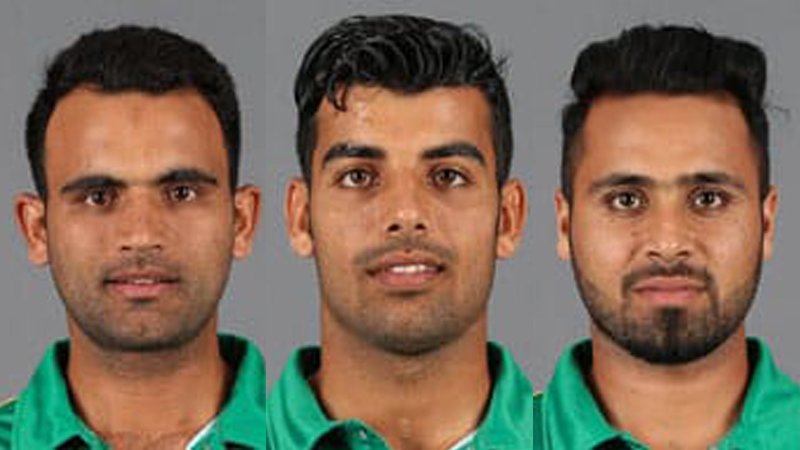 ISLAMABAD: Pakistan opener Fakhar Zaman has vaulted into the top-20 for the first time in his career in the ICC ODI Player Rankings, which were released on by the International Cricket Council (ICC) on Sunday following the conclusion of the West Indies-Bangladesh series, and also incorporates player performances from the Zimbabwe-Pakistan series. Fakhar scored 515 runs in the series and has gained a total of 22 places to move into 16th position. When the player rankings were last updated on July 17 following the England versus India series, and the three ODIs between Zimbabwe and Pakistan, Fakhar was 24th but his knocks of 210 not out in the fourth ODI and 85 in the final ODI helped him to gain eight more places. Fakhar is now the second Pakistan batsman to feature in the top-20 after Babar Zaman reclaimed the second spot after finishing the series with 184 runs. Babar now leads England’s Joe Root by seven points, while the list is headed by India’s Virat Kohli.

Fakhar’s opening partner Imamul Haq has also made a massive impact in the latest player rankings. Imam had gained 70 places after the first three ODIs, and moved up another 51 spots to finish the Zimbabwe tour in the 43rd position. In the five ODIs, the 22-year-old has gained 121 positions, thanks to his series aggregate of 395 runs that also included three centuries. In the bowling table, Pakistan wrist-spinner Shadab Khan and fast bowler Faheem Ashraf have made upward movements. Both bowlers collected nine wickets apiece in the series, and as such, Shadab has finished in 31st position (he started the series in 53rd position) and Faheem has ended up in 79th position (he started the series ranked 149th).

Meanwhile, Bangladesh’s old war horses, Tamim Iqbal, Shakib Al Hasan, Mahmudullah and Mashrafe Mortaza, have been rewarded for steering their side to a 2-1 series victory over the West Indies. Tamim scored centuries in winning causes to finish with 287 runs and this is reflected in the latest player rankings in which the left-handed opener has jumped four places to a career-high 13th position. His previous best ranking was 15th. Shakib, who finished with 190 runs in the series with two half-centuries, has jumped three places to 26th, while Mahmudullah is in the 38th position after moving up four places. Mashrafe not only led his side intelligently, but also excelled with the white ball when he finished as the leading wicket-taker with seven wickets. He has, therefore, earned a jump of eight places, which has put him back inside the top-20 in the 19th position.

Jasprit Bumrah of India is the No.1-ranked bowler, and is followed by Rashid Khan of Afghanistan and Pakistan’s Hasan Ali. The West Indies may have lost the series 2-1, but there was something to smile for the home side. In the batting table, Shai Hope is now 45th (up by five places), Shimron Hetmyer is 59th (up by 77 places) and Chris Gayle is 66th (up by 12 places). In the bowlers’ list, Ashley Nurse is 38th (up by 25 places) and Devendra Bishoo is 92nd (up by 31 places).