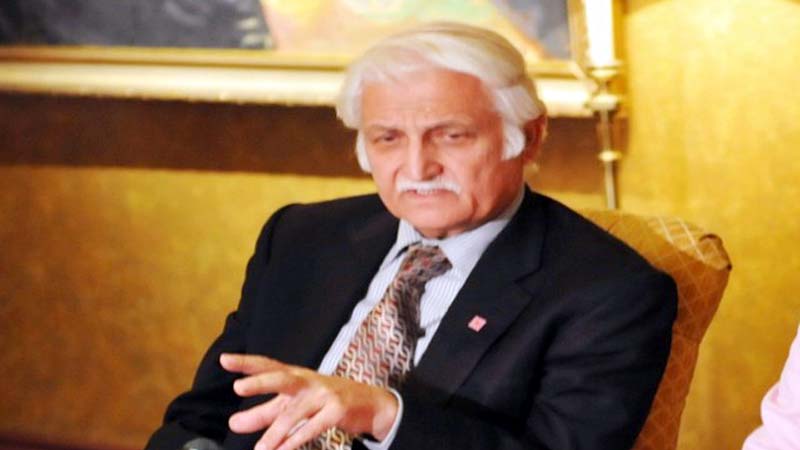 “Magisterial powers given to security personnel, are slowing down the voting process by allowing only 3-4 voters inside polling stations at a time, furthermore the refusal to extend polling time despite lines of waiting voters, alongside a free hand given to well-known militant organizations marks electoral manipulation that will haunt this nation for a long time”

Says Secretary General of PPP and former senator Farhatullah Babar in a statement after ECP declined the request for extending the polling time by one hour.

Today on the polling day over 350,000 armed men were deployed both outside and inside polling stations armed not only with guns but also magisterial powers. What was achieved today however was a phenomenal slowing down of the entry of voters into polling stations that must have left a large number of potential voters disenfranchised; he said and asked if “it was done on purpose?’ According to the former senator it “appears as if a deliberate effort is afoot to make the 2018 polls controversial”, he further added that, “it will be most unfortunate if it indeed is real, seldom before have such blatant, aggressive and unabashed attempts been made to manipulate the outcome of elections”

He went on to say that earlier in an environment which hinted at a creeping coup, pre-poll manipulation was witnessed on an unprecedented scale by putting pressure on candidates to change loyalties, return their tickets and form new alliances.