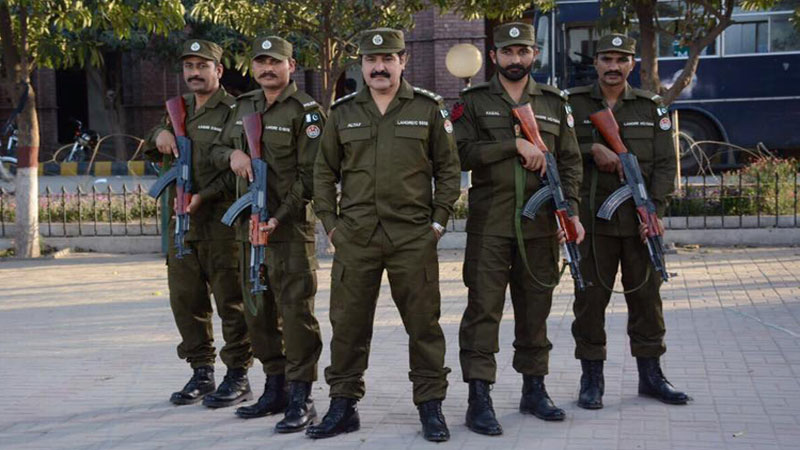 Army personnel, Rangers and police completed their assigned security arrangements inside and outside all the polling stations as well as the surrounding areas before 8am.

A long queue of voters including the elderly, men, women, youth and first-time voters were present despite the hot weather.

It was also observed that a number of women, first-time voters and young ladies were present on polling stations, queuing up to cast their votes.

The police, Army and other officials remained busy in helping the citizens experience a peaceful atmosphere, guide them and took them also inside polling stations. The citizens appreciated the security and other arrangements provided by the Election Commission of Pakistan (ECP).

During the election procedure, some minor incidents occurred in different parts of the city including Shahdara, Manga Mandi, Kahna, Walled City and other areas where the political workers of Pakistan Tehreek-i-Insaf (PTI) and Pakistan Muslim League-Nawaz (PMLN) quarreled and chanted slogans against each other’s favourite candidates.

However, the police and other personnel immediately controlled the situation and the polling procedure continued.

This general election was a big challenge for both PTI and PML-N where the workers of both parties seemed enthusiastic, cheering for their parties inside camps that they had setup near polling stations but even then the workers for both major parties remained nonviolent.

The highups of law enforcement agencies also visited several polling stations to ensure peaceful procedure during polling. They inquired from both male and female voters about the arrangements to check if they were satisfied.

At various places, political workers were seen bringing their voters on their transport in violation of the code of conduct framed by the ECP. Many people were also seen complaining that their polling stations had been shifted to other areas and constituencies, far away from their residences, when in 2013, this was not the case. Citizens expressed their satisfaction and admiration with Lahore police for performing their duty with steadfastness on Election Day. While talking to media, they expressed how well behaved, friendly and accommodating the policeman had been.

The policemen on the other hand, made it clear that with all the security threats, it was indeed a challenge to ensure peace and prosperity.

“Allah helped us,” they said.

The policemen helped elderly as well, who had come out to vote despite their age.

On the direction of IGP Punjab Syed Kalim Imam, police officers and officials set unprecedented examples with their hard work, impartiality and dutifulness during polling day in all districts of the province.

More than 100,000 officers and officials were deputed for security and patrolling during election duty in the entire province to provide fool proof security to polling stations of sensitive regions and districts and also helped out and guided the citizens who came to cast their votes.

Punjab police also provided help handicapped individuals. Police personnel were present on their fixed positions to perform election duty before time in all the districts of province to perform their duties with national enthusiasm and foiled any attempt of violation.

On the other hand, IG Punjab visited control room that was made with respect to 2018 election in central police office and was briefed about officers and officials deployed for security duty of election in all districts of province.