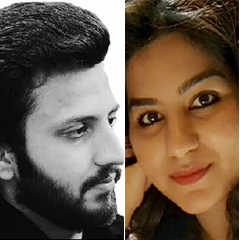 The system is in for catastrophic chaos and one thing is clear, it’s hideous

Kerfuffle, brouhaha, ruckus — none of these words can do justice to how chaotic the run-up to these elections has been. The re-emergence of anti-political ideas, the resurrection of far-right groups and the judiciary’s (and military’s) foray into politics are all but distractions from more pressing issues. However, this is one of those chicken and egg arguments. All in all, there is dementia, delusions, rage and cluelessness ahead. Nobody knows what the future holds but one thing is certain: it’s ugly.

Start with politics; the stage is set for a hung parliament. After all this unidirectional hyper judicial activism to create political consequences, it seems PML-N is still holding its ground, proving harder to kill than expected. A dispassionate analysis of the situation tells us that PML-N took around 166 seats in the 2013 election — even half of this number could give it the majority this time around. Some new players like the far-right Tehreek-e-Labbaik Pakistan (TLP)may have been thrown in the system only to derail PML-N’s momentum.

For some, PTI is a beacon of hope, running a show against the corruption crusaders. For others, it is just another player, guilty of instigating violence, promoting hatred and appeasing the far-right. If you are PTI, agitation is part of your DNA. This may suit you, but for the rest of the country, it is too familiar to the1990s for comfort.

The PML-N has three support bases in the poor, the business community and the educated elite. All for different reasons. The first two are ostensible but slogans about civilian supremacy have been most effective with the last category.

If you are PPP, you know you are fighting back and on the rise again. Primarily, because of disappointment in the PTI’s far-right policies, the liberal educated lot is back to PPP or AWP. Swing voters, sitting on the fence, will most likely go for the PPP or AWP types. It is predicted PPP will win 20 more seats than in 2013.

There is a different kind of cluelessness when it comes to the judiciary. Some of it is self-imposed, some is a hysterical blowback to its increased activism. With 3.1 million cases unresolved in the closet, the top judiciary is looking to crowd-fund a dam or two. Damn! Nobody would guess, dams could be funded through ‘WhatsApp forwards’. Imagine this happening in any other part of the world. Judicial activism might be good as long as it leads to reform — which isn’t likely. Separation of powers is essential. To be a functioning state with a viable democracy, institutions have to act within their domains. The Nixon Watergate scandal is one example from US history which can teach us lessons about this.

Now we come to the self-proclaimed hero — Imran — with his politics of sacrifice. He claims he has stepped in the dirty game of politics for the people at the cost of his personal peace. Chief Justice Saqib Nisar also meddled in affairs outside his ambit for the greater good. A reality check would come in handy at this hour. Pakistan does not need this kind of stardom. It doesn’t need a hero who runs the show alone. It instead needs structural change that strengthens institutions, empowers citizens and adopts a critical approach towards development. Sanity might prevail though, because there has been dissent.

If you are PTI, agitation is part of your DNA. This may suit you, but for the rest of the country, it is too familiar to the 1990s for comfort

The talk of the town, however, is that just as feminism became commercialized and activism trendy, dissent is just another ‘in thing’. If dissent was identified in elite circles alone, voiced by the privileged then its sustenance would depend on the reinforcement of the same power structures. The inherent strength of dissent however is that it realizes its potential in the face of challenges. Unlike indoctrination and coercion, it doesn’t crumble when questioned. Our misfortune is not only the paranoia for dissent, but the complete inability to comprehend and engage with it. A cluelessness of its own kind.

As radical parties get mainstreamed into politics, Pakistan gets placed on the Financial Action Task Force watch list for terrorist funding. Terrorist attacks have also continued. We need to realize that even at the peak of political activity, right before the elections, our priorities are highly misplaced. Political consciousness must reflect in valuing a human life. Instead, misguided by needless propaganda, nobody seems to be questioning the role of our state institutions in enabling infiltration of extremist propagating hate and bigotry, putting lives in danger and slowing progress. If the importance of right to life, security, education, health and freedom is expressed only by voices of dissent then for how long will we treat this voice as our enemy?

This entire scenario paints a bleak picture for voters in the upcoming elections. There is cluelessness not solely because citizens are manipulated and coerced but also because of the candidates one must choose from. New docile cohorts are formed to make them toe the line whilst the defiant ones are being sent home. Crucial concerns such climate change, water crisis, famine, sexual abuse of children and protection of the disabled and lesser privileged are nowhere to be heard. Corner meetings don’t have a single copy of party manifestos but countless plates of biryani.

All in all, everyone wants to rein it in — be it military, judiciary, media or civilians — only some with the legitimate right. Nobody knows where the guardrails are. The system is in for catastrophic chaos and one thing is clear, it’s hideous.

Minahil Mehdi is a Lahore-based human rights lawyer. Danish Zaidi is an IT Project Manager with an inclination towards Public Policy, Strategy and Tech Innovation. He Tweets @syedmdz