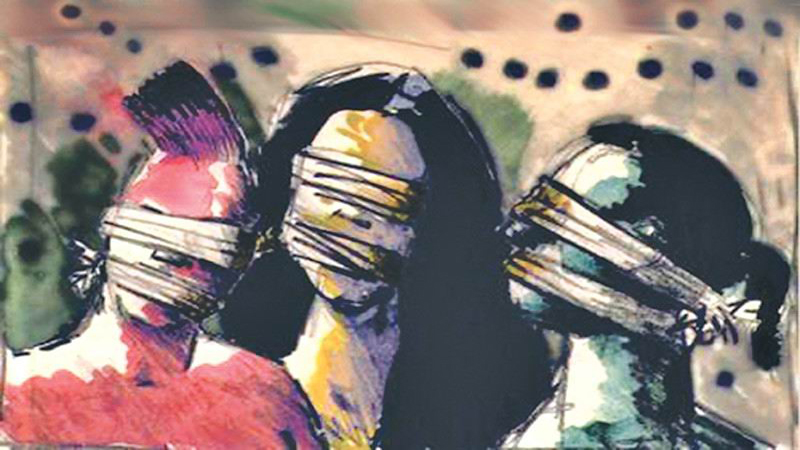 Anwar Kaneez’s debut book Dhuankhiyan Raatan contains alluring, skilful and autobiographical poems which are gentle in their technicality and musical in their precision, leaving the reader in utter fascination of the language. These poems written in narrative tone and plain prose seem to have a strong will to preserve the beautiful past of this insightful lady. Anwar Kaneez doesn’t interpret dreams or talk about greater philosophies neither is she interested in debating over feminist ideas as it is expected from every modern female writer. Her poetry has tone of practicality and a strange romantic association with the ordinary day to day life and its objects. She has a unique way of pouring nostalgia into otherwise ordinary-looking objects and experiences of life. Her delicacy with language and sensitive display of emotions makes everything appear exotic.

The book Dhuankhiyan Raatan (smoky nights) takes its readers on a quest of exploring the life of a lady who struggled as a dutiful government official, an obedient daughter, a proud beloved, an honoured wife, an anxious mother and a sensitive grandmother. As a person who is very deep rooted in our culture that anything she talks about doesn’t appear strange, everything is rather intimate and relatable. Her poem ‘Nimayen’ (o mother) doesn’t address her mother only it is rather a voice of every woman; after becoming parents, we come to know what an exhausting struggle our parents went through while raising us. On one hand it’s a realisation and on the other hand it’s a struggle to prove ourselves as good as our parents were. Kaneez is of the view that life is a trial and so there has to be a space for errors. Her poem ‘Condition of my home’ talks beautifully about such issues. As a lady of the house she has a greater burden on her shoulders to deal with. She can’t turn a deaf ear to the rising gossips about her home and neither can she stop defending her home so she writes; condition of my home is miserable/onlookers can find disproportion here/these differences are evident because I didn’t hide them under the coverings of lies (meryghar da haal bay haal ay/waikhanaliyan nu merygharwichbohuntazzadjapda ay/ay tazzadnaijy / ay oh sach ay jo main jhothdyacharrhaithlukayanai).Through this poem she iterates that intellectual differences are outcome of freedom of speech and intelligence, so intellect should be valued.

Through this poem, the poetess iterates that intellectual differences are outcome of freedom of speech and intelligence, so intellect should be valued

Most of the poems are celebration of conjugal love. She aptly writes about every shade of her love story. Her poems ‘Akhh da tara’ is a remembrance of that time when her valiant lover desired her, fought for her and then at the later stage while dealing with the other essentialities of life often ignored her. Then she finds her solace in his love letters which he wrote to her during their courting period.

Being a woman in the male dominated society is a tough job. Kaneez talks about living on the margins. She is of the view that there are two types of gods we (as women) deal with. One god is the Almighty one who we have known through evidences and the other is a race, men playing gods in our lives, the immediate inquisitors who determine our lives as rulers. The title of the poem ‘Rabb’ plays an effective ramification with the subject matter of the poem. The tone of the poem is highly sarcastic, displaying dilemma of a married working woman of a rustic society in a sophisticated way. The poem ‘Saddy batshah’ explicitly protests against the patriarchal society where a woman is supposed to fight on several fronts. On the whole, every woman is told that if things go bad or relationships fall apart it’s her weakness. On a woman’s part the effort of turning a house into a home is a nerve tearing struggle and Kaneez thinks this tougher part could only be played by ladies because they are the tougher ones.

In several poems Kaneez is taken in by the idea of addiction. Her husband’s continuous smoking which she detested and complained that it caused her illness; her husband’s addiction for her and her own addiction for him. She seems to have bent this idea that addiction for some one’s love is better than any other addiction. Kaneez’s poetry is an acute study of behavioural observations combined with allegorical and rhythmic language displaying seemingly effortless dramatic show of natural details. Her poetry slowly pushes us to the depth of time, through the fissures of her memories touring through mirrors, broken glass, scattered papers, friendly fights, ringing door bells, nagging mother in law, growing kids, tightening bracelet of her arm, projecting element prestigiously in brooding remembrance.

This book offers repose to the ladies searching for something they can relate to, but this is a highly recommended read for the men around us in order to know what ladies at home go through, mending everything, keeping everyone happy; cleaning, keeping a smile to strengthen others and letting go of what may hurt others is certainly an exhausting job.