Who supports and courts extremists? 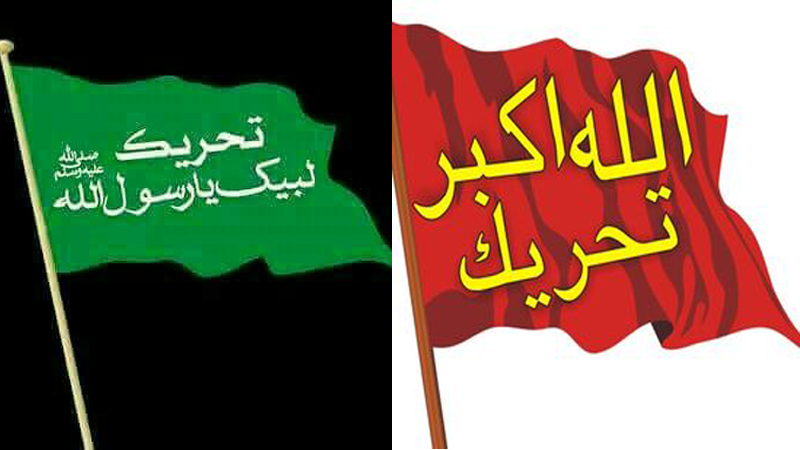 The run up to the elections has been quite eventful, including the emergence of groups such as Allah Akbar Tehreek and Tehreek Labaik, kicking off considerable speculation on the motives and support for them.

Private conversations with a couple of extremely highly placed officials at two civilian security institutions have entailed shocking revelations and explained how so many of these candidates escaped legal scrutiny in the first place ; the PML-N government literally stone-walled attempts to amend the Anti Terrorist Act 1997 (ATA 1997) and the Public Representation Act (PRA). All proposals to this effect were literally shelved and officials told to keep quiet by the wheelers and dealers of the N-League.

And low and behold, this happened despite concurrence by key military intelligence agencies, officials revealed.

The local government elections in 2015 had in fact provided the trigger for proposed changes to the ATA in particular because as many as 147 independents were among the nearly 900 successful candidates to District Councils in Punjab. And among them these independents were several associates/ former members or supporters of several banned outfits.

Officials said they proposed amendments only after the prime and chief minister ordered arrest of all 4th Schedulers in the wake of the Gulshan-i-Iqbal Park suicide attack in March 2016. But the Sharif brothers as well as their ministers were found unwilling to subject these groups to greater legal scrutiny.

They managed to contest and succeed because of lacunas or ambiguities that exist even in the somewhat upgraded ATA. Taking advantage of these shortcomings in the ATA and PRA, many unwanted people end up contesting elections. Under the existing legal framework, courts have little legal reason to bar any body from elections – as long as they avow allegiance to the constitution and are not convicts.

A very senior official privy to the proposals said the staggering success of several radical right-wing zealots alarmed them all and they thought the best way to stop them in future was to amend the ATA and the PRA, and thus constraining the legal space on them as the first major hurdle.

Those amendments would have narrowed the space also on the people, who are every now and then placed on the 4th Schedule, a list of people found to be or suspected to be involved in anti-state activities, delivering hate speeches and/or activists of religious outfits not yet banned but related with militancy in any way.

But privately, senior members of the ruling PML-N even accused these counter-terror officials of obstructing the functioning of people or groups who were either on the terror watch list or were already proscribed.

The simple reason, one can infer from this foot-dragging approach, was the that the ruling party was disinclined to annoy these groups because of their value in electoral contests, said the officials. Electoral considerations weighed heavily when asked to facilitate amendments and make the ATA more lethal against religious extremists, who do enjoy support on ground.

This is also manifest in the fact that most of mainstream political parties have entered into some sort of arrangements or understanding with members of extremist groups to avoid “attrition and minimize competition.”

These so called adjustments flow from two simple ground realities; these groups wield substantial social influence on the ground and can be extremely handy during the electoral process. And secondly, how can a court bar a Pakistani citizen, who fulfills constitutional obligations and possesses the legally requisite number of supporters, from contesting elections for the mere fact that he/she may be member or supporter of a banned militant outfit?