Seminar on combating desertification in Pakistan held at PMAS

* Ministry of Climate Change Forests DIG was the chief guest 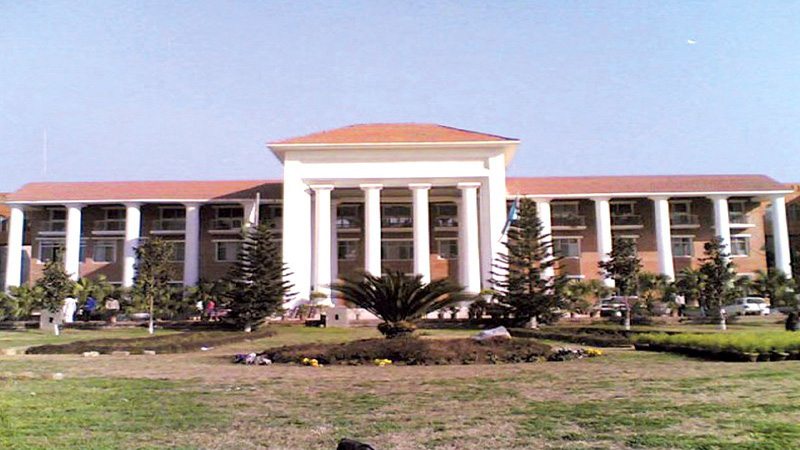 A seminar on Combating Desertification in Pakistan under the theme Land Has True Value; Invest in It was held at Pir Mehr Ali Shah Arid Agriculture University Rawalpindi (PMAS-AAUR) on Wednesday.

The seminar was organised by the PMAS-AAUR Department of Forestry & Range Management in collaboration with Sustainable Land Management Programme (SLMP) and Ministry of Climate Change (MoCC). MoCC Forests Deputy Inspector General Dr Raja Muhammad Umar was the chief guest while PMAS-AAUR Professor Dr Sarwat N Mirza was guest of honour at the seminar.

Speakers stressed on the achievement of Land Degradation Neutrality through problem solving, strong community involvement and cooperation at all levels. They focused on measurable value of land beyond its cash value and suggested everyone to play their role to invest in it. They also suggested to adopt smart agriculture practices, conserve water, spend on the organic and fairly trading products and said, “Desertification is caused by the human activities as well as natural phenomena. Even our choices and decisions on what we eat, drink or wear impact the land.”

Addressing the seminar, MoCC Forests DIG Dr Raja Umar informed the audience that the ministry is leading the efforts to combat desertification in the country by executing SLMP in 14 dry land districts of all four provinces. He thanked provincial governments and their all aligned departments for taking lead in their respective provinces to fight land degradation and desertification. He told the audience that SLMP National Programme Director Syed Mahmood Nasir has stepped up coordination efforts with provinces for more effective implementation of the programme.

PMAS AAUR Vice Chancellor Professor Dr Sarwat N Mirza highlighted and acknowledged efforts by the MoCC, Global Environment Facility and United Nations Development Programme (UNDP) for supporting SLMP for on-the-ground efforts to combat desertification in the country. Dr Mirza highlighted the role university is playing for climate change adaptation in the country. He emphasised that such collaborative activities must be strengthened and taken forward to combat desertification in Pakistan.

He said, “The implementation of the programme will bring considerable financial benefits for the poor in dry land communities through sustainable management of their land resources.” Dr M Irfan Ashraf delivered technical speech on combating desertification and focused on practical moves to deal with the burning issue.

Land Use Planning & Implementation Expert Fawad Mir thanked the audience and other participants of the seminar for according importance to the critical issue of desertification and hoped that collaboration between academic and research institutions with specialised institutions like AAUR, UNDP, MoCC and SLMP will go a long way in combating desertification in the country.