The need to promote peace education 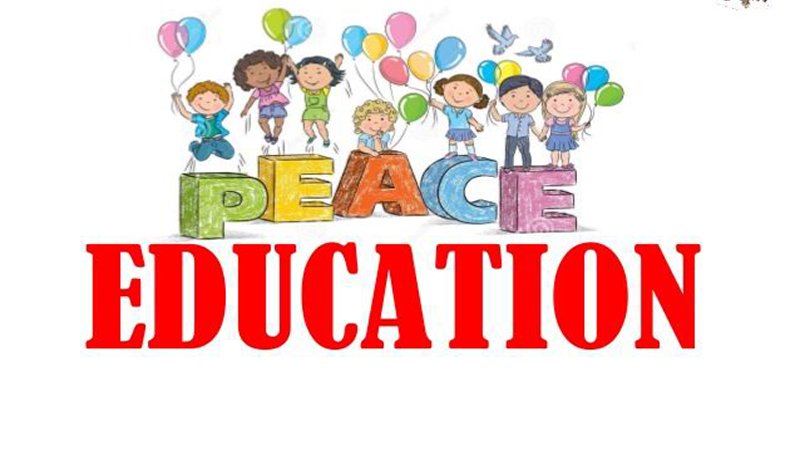 Threats of 9/11 continue to pulsate within and around us. Many of us still feel the dilemma of terrorism. The notion of war in all forms and manifestations remains unacceptable to stakeholders and to the entire educated class. In this regard, it is considered essential to overcome the menace of war which may only be possible through imparting peace education. This approach on education is one of the most fundamental assets to community growth and to the very survival of our planet. At the heart of many faiths, practices and cultures, advancing peaceful co-existence is imperative to ensuring productive, meaningful lives and sustainable societies.

In addition, war toys encourage violent behaviour and make conflict more acceptable. Our planet earth is threatened with war, misery and poverty. But all these elements have failed to crush man’s love for pleasure. Children live in the society by forgetting all about the misery they live in.

The concept of peace may largely be associated with economic and political power. In short, it may be asserted that the more there is political or economic stability in a country, the more there are chances of peace and security to prevail. Such tendency hence creates an optimistic and strong society; a society whose economy runs on the Islamic system and is interest-free.

Global education, a term coined in the 1970’s, has been adopted in the United Nations Children’s Fund Middle East and North Africa Region (UNICEF MENA). It incorporates themes such as the environment and ecology, peace, tolerance, conflict avoidance, personal health, cooperative skills, multiculturalism, comparative views on human and child rights.

The definition of peace education and the development of peace education programmes in UNICEF, makes a basic assumption that the peaceful resolution of conflict and prevention of violence, whether interpersonal or societal, overt or structural, is a positive value to be promoted on a global level through education.

Promoting a culture of peace and non-violence through education is one of United Nations Educational, Scientific, and Cultural Organisation’s (UNESCO) core missions. However, with 50 percent of the world’s out-of-school children living in conflict-affected countries, this remains a formidable challenge.

UNESCO has long been working in conflict-ridden areas of the country, but developing a culture of peace is also needed alongside it

UNESCO has long been working in conflict-ridden areas of the country, but developing a culture of peace is also needed alongside it. By means of inclusive and collaborative approach, we can pave the way for peace education. Moreover, government should also include peace education in the curriculum of educational institutions.