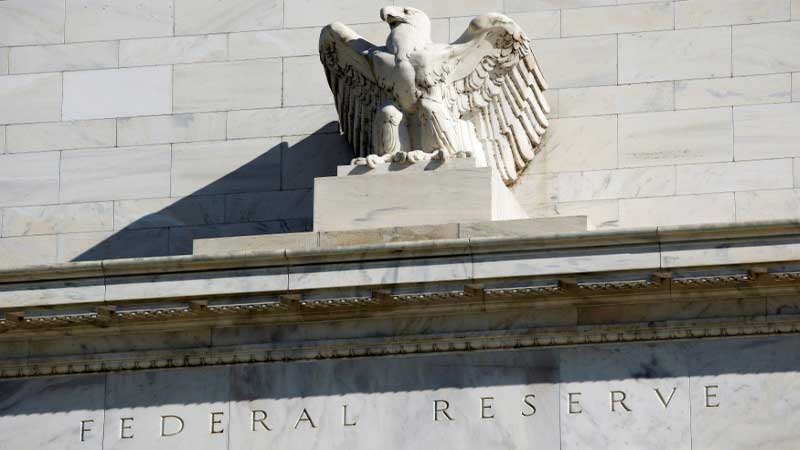 Federal Reserve officials are scouring new niches of the financial markets to find signals accurate enough to warn the central bank when it is time to stop hiking interest rates before they risk tipping the economy into a recession.

In the run up to previous downturns, the Fed has jacked interest rates to restrictive levels as it sought to temper inflation. This time, the central bank hopes for a softer landing with rates moving just high enough to avoid overheating without ending a nearly decade long expansion.

It is a tricky exercise that pits standard views about the importance of longer term yield curves as signs of recession risk against new variations that look at shorter term interest rates. But it could influence just how far the Fed goes in its current rate hiking cycle.

New research from staff economists Eric Engstrom and Steven Sharpe, presented at the Fed’s June meeting, suggests that some of the traditional warning signs of recession, such as the gap in interest rates between 10-year and 2-year Treasuries, may not be as powerful as analysis that focuses on shorter term rates.

In particular, they found that the difference in current interest rates on 3-month Treasury bills and those expected in 18 months served as a stronger predictor of recession in the coming year by capturing the market’s conviction that the Fed would need to cut rates soon in response to a slowdown.

Their measure showed little recession risk on the horizon – a green light for continued gradual increases in interest rates at a time when some Fed officials have taken the narrowing spread of long-term yields as a sign the Fed should halt its rate hikes now.

According to the new research, the “near-term” yield curve captures well formed market expectations about coming economic conditions, but without some of the longer-term concerns that drive other bond yields.

If short-term rates are expected to be lower in the future, it “indicates the market expects monetary policy to ease, reflecting market expectations that policy will respond to the likelihood or onset of a recession.”

It is not the only new indicator probed by policymakers as a better real-time warning of coming trouble.

The Atlanta Fed has been looking at the future Fed policy rate implied by eurodollar contracts, a financial security involving dollar deposits in overseas banks that reflects the interest rates investors anticipate in coming months.

“We are doing a lot of work to see what metrics are there to give us signals about weakness in the marketplace…I want to make sure we do all that we can not to miss something,” Atlanta Federal Reserve bank president Raphael Bostic told reporters recently. Recent research showed that a decline in the expected future federal funds rate implied by eurodollar contracts foreshadowed the start of the last two recessions about a year in advance, while an increase preceded a return to growth. That analysis currently shows rising interest rates in coming years, and thus little near-term recession risk.

As with the research presented at the Fed board, the eurodollar analysis looks at financial market pricing for clues that investors expect the economy to weaken.

The same principle guides the analysis of longer-term securities: when investors demand more to hold a 2-year note than a 10-year bond, that means they are not confident about upcoming economic conditions.

The advantage of shorter-term yield curves, researchers argue, is that they seem to provide a sharper and more timely signal that is less influenced by larger forces, such as demographics or changes in people’s time preferences, that can impact longer-term yields.

The hunt for new signals has gained urgency with the flattening of the long-term yield curve since the Fed began raising interest rates in late 2015. The difference in yields between 10 and 2-year Treasuries was at less than 0.3 percentage points this week, the lowest since just before the onset of recession in 2007.

That has prompted some Fed officials to call for a halt to rate hikes. In the past, a rise in the 2-year rate above the 10-year one has dependably preceded recession.

The Fed expects to continue raising rates gradually through 2019 to guard against inflation as an expected rush of economic growth follows the recent fiscal stimulus and tax cuts.