Is Sindh heading to political change ?

'There is big anger in civil society groups, media and the middle class against PPP because of its incapacity to meet voters' expectations during its two terms. The increasing social issues, bad governance and corruption remained the biggest problem in the provincial government' 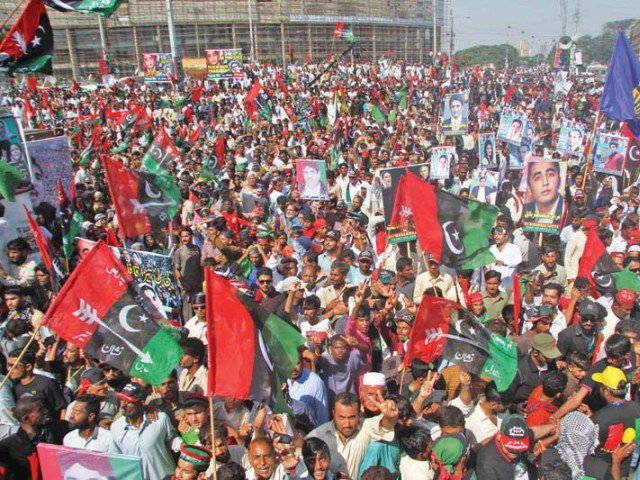 In the run-up to the 2018 general elections, the political scenario in Sindh Province becomes disconcerting. The heat of political debate increases day by day, especially on social media. Everyone seems against everyone as there is a huge division of opinion. One thing, however, seems certain: that Sindh is far from political change and that soon the bad and weak government will be back.

For two consecutive tenures, the PPP was in power and largely failed to deliver anything to the Sindh province. There is big anger in civil society groups, media and the middle class against PPP because of its incapacity to meet voters’ expectations during its two terms. The increasing social issues, bad governance and corruption remained the biggest problem in the provincial government.The PPP government had no significant opposition in the Sindh assembly in its last two tenures. Over the past decade, the Zardari-led PPP has become almost unpopular because of Zardari and poor governance in the province and in the country as a whole. In the 2013 election, the PPP failed to attract voters to other provinces, but fate was abandoned in Sindh alone.Asif Ali Zardari was the inept leader of a big party. He destroyed all the legacies of Bhutto politics. He took a baffled departure and compromised all the values of the party. Zardari chose such ministers in Sindh cabinet that were not having an honest political profile in the Peoples Party and most experienced party leaders were sidelined by Zardari which were close and trusted to Benazir Bhutto. Zardari gave important ministries of the province that were not having experience and expertise in the field. Many of the ministers were known as a stooge of Zardari. The civil society and literary people see Zardari as a curse in politics and he destroyed the roots of the PPP.  During the two terms of the PPP government in Sindh, an Amnesty International reports revealed that there was a record of corruption in Sindh province, especially in education and health. No doubt, it was seen a colossal embezzlement of development funds and no any special consideration was given to provide the basic social amenities to the people province. The Party and government remained under control of Zardari’s sister called Faryal Talpur. It has a tremendous impact on the performance of the government and ministers to work without a trace.      When election time has come, candidates no longer need to attract voters to contest the elections in their constituency because they have rarely visited after the 2013 elections.

The GDA: a potential challenge for the PPP?

As a result of its poor record in government, the PPP is now vulnerable and will face a tough situation in the 2018 elections. That’s why Bilwal himself started campaigning for his candidates in different districts. The Grand Democratic Alliance (GDA) has comprised on Pakistan Muslim League-Functional, National Awami Tahreek, The National Front of Mumtaz Bhutto, MQM Pakistan and like-minded individuals formed to challenge the PPP. The GDA has still not much experienced and popularity in masses as the PPP in contesting and winning an election. PPP has still more weightage compare to the GDA alliance candidates.    There is a serious possibility that this time the PPP could lose its Sindh MNA and MPA seats to GDA candidates. This could amount to more than twenty seats in the interior and lead the GDA to form the next government. This, of course, would imply that the GDA candidates overcome their relative disadvantage. The GDA alliance parties’ candidates do not have a good reputation among the people they would get the advantage of the only bad reputation of the PPP government. There are few new faces in the GDA otherwise, since the majority of them are same politicians who were formerly in government during General Musharraf’s military regime.

Scenarios for political change in Sindh

In this whole political situation, future scenario of Sindh is confused and no one has an idea what is going to happen in the election and after the election. There has been a long debate on social media and among civil society groups that Sindhis should create an alternative to the People’s Party, but there is still no clear idea and opinions about how this could happen. Some think there should be a new party. Some only talk of ‘change’ within the PPP. Others think that any party that could challenge the PPP and win an election would be a desirable alternative! Overall, there is a disagreement between members of civil society. At present, the PPP is holding a strong position in the province and voters are socially and politically under the control of feudal representatives. In twenty years, there has been no party or leader who has fought or fought as hard as he can to make his party popular among the masses against the PPP. Since the 1980s, not all other political parties have struggled to increase the size of parties.Currently, there are two viable solutions for Sindhis. First, the Sindhi should have a strong civil society that can pressure any political party in government for better governance and oppose inadequate governance and corruption. The same civil society, along with other political parties, should create pressure for the government to set the public agenda in terms of education, health, sanitation, security and social development.The second option appears difficult, but not impossible. Political parties opposed to the PPP should not only criticize bad governance but should also agitate with the masses against corruption and bad governance in order to create a mass movement.After each election, the leaders of all opposition parties seem to go into hiding and remain politically inactive. They generally do not try to connect with masses for political mobilization or social development. The only appear when other elections come if they wait for the next elections, and the political party can emerge as an alternativeThis is one reason why the masses are isolated. They do not find an alternative for their votes and no one can blame them for giving votes to the same party again and again. Now, they have lost hope of change from existing political parties or leaders.Political wisdom, however, tells us to awaken the masses and tie them together for the social and economic development of society and leave no politicians or government without deliverance in their constituencies.

The writer is Lecturer of International Relations  at the  University of Sindh, Jamshoro.