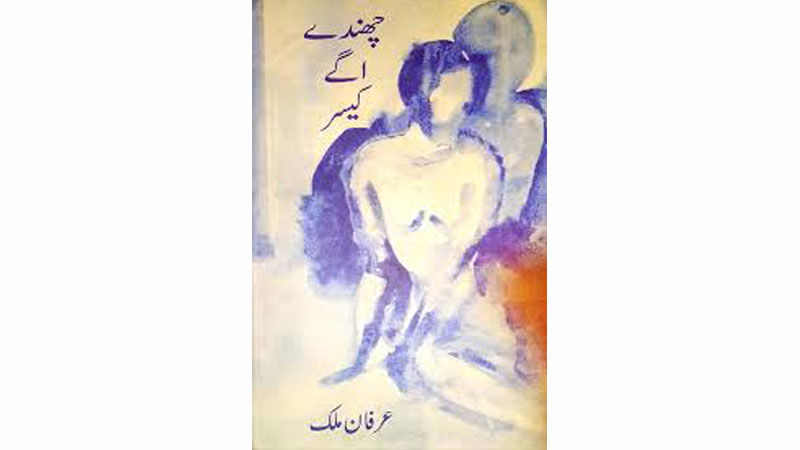 Simplicity and judiciousness of language makes Irfan Malik’s craft a celebration of poetry. Meeting with him in person was a life changing experience for me, he showed up with his book of poems Chhanday Agay Kayser and after reading this book, I realised why everyone in the Punjabi literary circle holds Irfan Malik so dear.

His poems carry a postmodernist essence and are enigmatic in their quality. The diversity of themes reinforces the idea that these poems are the product of a peculiar aesthetics leaving their readers in hypnotic interplay of form and content.

“Poetry doesn’t have any transcendent value neither it comes from any upward source, rather a poet creates it by joining words cunningly,’ says Malik. Through a limited choice of words he keeps the naturalness of the ordinary speech alive and the paradoxical contestation is his dexterous practice which is recurrent in his poetry. Pat jharr di pehli raat, Tery wajood de pirr wich, Jai pur di sham –are acute examples of this technique.

Being a powerful voice of left-wing socialist circles, Malik was targeted during the Zia regime but he refused to be hushed and instead chose to live in exile

Being a powerful voice of left-wing socialist circles, Malik was targeted during the Zia regime but he refused to be hushed and instead chose to live in exile. The pangs of exile are evident in most of his works exerting an emotional force and displaying the innermost feelings of a disillusioned person.

Malik is of the view that the exiled life leaves debilitating marks on a sensitive person’s morale, as they try to survive in a foreign land. The poem Patt jharr di pehli raat, ingeniously interweaves a sensuousness conceptualising of the isolated self yearning for company, while the tone may appear sad –in essence it is a romantic tale.

Malik is on a mission of giving a new facet to Punjabi poetry by modernising it as he himself states, ‘I am blessed by Punjabi language.’ Banishment of the rhyme gives his poetry a narrative quality and a liberty to expose rich consciousness and grim truths. Some of his poems could be taken as dramatic monologues where the narrator stands as an outsider tangled into the set patterns of the world, while dealing with his inner demons.

In his poem Khabarnama he mocks the simulacrum, partial truth shown on the news channels by stressing the statement ‘pal pal di bekhabri rakhi’ the word ‘bekhabri’ (ignorance) is played on marvelously.

The Punjabi language for Malik is a living entity and at times a commodity to which he renders some new stylistic improvements so it does not lose its value or remain stagnant in the changing times.

In the section, Awan waly din chutti mangdy ne, a title-less poem reads “without language/orally/it has been announced that the language is no more/words are inquisitive/there is a lot to be written /but now we are friends with leafs/ and wind is my fiancé,’’ the poet is reinforcing this idea that if we stop valuing our roots we will perish.

We have heard writers talk about writer’s block, an inevitable condition that halts creativity, Malik deals with this quite artistically by presenting his inability in a fascinating way. “O ik kaweeta/jehrri mery kolon likhi ja sakdi ay/ jadd di mery pichy hay/o mery shabdan wich apna aap an likhiya krwana chahndi ay (she as a poem /who could be written by me/is after me ever since/through my words she wants herself to be left unwritten).”

Not only is he an exceptional poet, Malik is also a short story writer, a translator, an actor, theatre director, a solivagant wanderer, dictating his own terms and a romantic wanderer in quest of happiness. In short, he is a genius striving to keep his mother language alive.

The writer is a lecturer at the University of Punjab