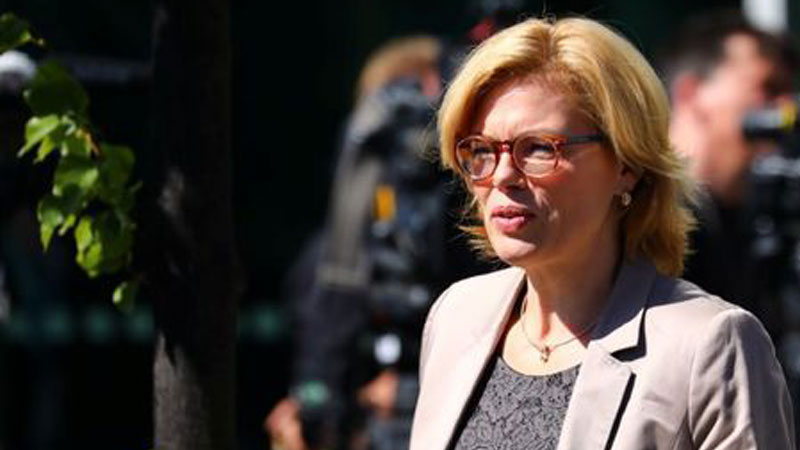 China had stopped imports of German poultry meat after an outbreak of the bird flu disease in Germany.

Kloeckner said in a statement after talks in Berlin with Chinese agriculture minister Han Changfu that “the Chinese side has come to the conclusion that there is no reason for concern” about German poultry meat.

A Germany/China government summit is taking place in Berlin this week.

China is one of Germany’s largest markets for meat exports, especially pork.

Kloeckner said she also pressed China not to impose a complete ban on German pork should the African swine fever disease be found in the country, but to take a more regional view of the problem.

The rapid spread of the disease in east Europe is causing concern in Germany in case export bans should be imposed by Asian importers.

Germany’s Finance Ministry says authorities are examining a request from Iran to repatriate hundreds of millions of euros in cash held in a Hamburg-based bank.

Bild newspaper reported Monday that the Iranian regime wants to bring home 300 million euros ($353 million) it has in the European-Iranian Trade Bank to have on hand when American financial sector sanctions come into effect.

Finance Ministry Jeanette Schwamberger confirmed the request had been made, and says it’s now being checked by financial regulators as are all large transactions involving countries where there might be possible “money laundering or terror financing.”

She says “should the checks turn up anything suspicious then the result would be the transaction cannot be completed.”

She says she has no overall figure for Iranian holdings in Germany.