'The SPSC should reduce the criteria of qualification for written examination from 50% to 40% so that majority of students can appear for CCE-2018. There should be some structural changes and changes in policy formulation and implementation to uplift the degraded status of SPSC' 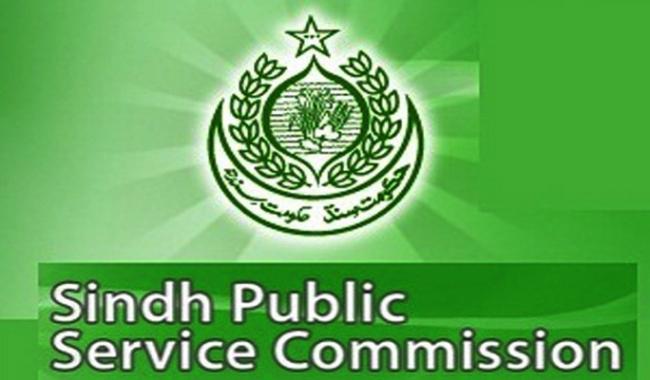 The youth of Sindh is afflicted with pervasive unemployment due to lack of public as well as better private sector opportunities. The government is notoriously seemed to be involved in nepotism for the grade one to grade 15 jobs. Therefore, the youth of the province faces unemployment

The recently conducted screening test of combined competitive exam has raised several question marks over the credibility of SPSC as the photos of question papers were taken during the test and a massive cheating was reported on many exam centers of Sukkur, Larkana , Hyderabad and Karachi.

This is a matter of fact that SPSC has been doing several mistakes in question papers and answer keys. The recent example is MCQs papers conducted for screening test of Combined competitive examination CCE-2018. It was assumed about the latest screening test that there will be work of improvement and honesty, but again this time in the test conducted by the SPSC we did not find any of its obvious and authoritative policies.

Earlier, Sindh Public Service Commission announced to conduct CCE-2018 Screening test on the same day in Sindh which was 12th of May 2018, as per the notification issued at that time, it consisted of 100 questions and no negative marking, and according to the said notification MCQ,s ratio was supposed to be 25% for each subject such as English, Science, Pakistan Studies and Current Affairs.Unfortunately, the Sindh Public Service Commission did not only change the date of examination but at the same time they decided to include 50 questions with negative marking instead of 100 questions while, subjects ratio remained same.The SPSC also decided to take the examination of the CCE-2018 in five phases instead of  conducting the exam of all centers on the same day, which took place on June 24 at the first in Sukkur and Larkana, which was followed by 30th June and 1st July in Karachi and at last in Hyderabad on July 7 and 8. This strategy of 5 phases remained a question mark on transparency of SPSC over what many students also expressed their grave concerns and became disappointed. They demonstrated protests but no one listened them. The idea of ​​thinking is that if Sindh is one, all the students are part of the same exam and the competition of CCE is also for the same posts in Sindh, then why was the examination conducted on different dates and phases?

Apart of it, each MCQ,s paper had 4 to 5 mistakes, several mistakes in answer key has been also observed and SPSC was unable to provide basic facilities to students in examination centers.

Moreover, it is matter of immense grief and is a shameful act when it was come to know that candidates were given fully chances of copying while asking from each other and allowed them to use Cell phones at Sukkur center and same cases have been reported from various centers.

It is matter of putting question mark on such wretched performance, inefficiency and level of decision making by Sindh Public Service Commission and holding them fully accountable of its pathetic performance even though Commission made implausible blunders. To correct this all menace and to increase the hope and trust of aspirants on combined competitive examinations of Sindh, SPSC must conduct the CCE-2018 on the same day for all aspirants of Sindh and ensure the transparency with complete arrangements. The SPSC must not include the negative marking for screening test as it is the first stage for aspirants to qualify for written examination which is most important than screening.Moreover, SPSC should reduce the criteria of qualification for written examination from 50% to 40% so that majority of students can appear for CCE-2018. There should be some structural changes and changes in policy formulation and implementation to uplift the degraded status of SPSC and its lost reputation and credibility in the eyes of meritorious candidates as merit could survive for years to come for the sake of Socio-economic, human and cultural development of Sindh, otherwise the corrupt people who only yearn for power in the system and will make the system more corrupt in the province.

Therefore, the higher authorities must heed the issue to ensure transparency and meritocracy in the competitive exam.

The writer is human rights activist. She is awarded with Udero Lal Peace Award, and Dukhtar e Pakistan Award Sindh.