IMF bailout on the cards for Pakistan’s next government: analysts 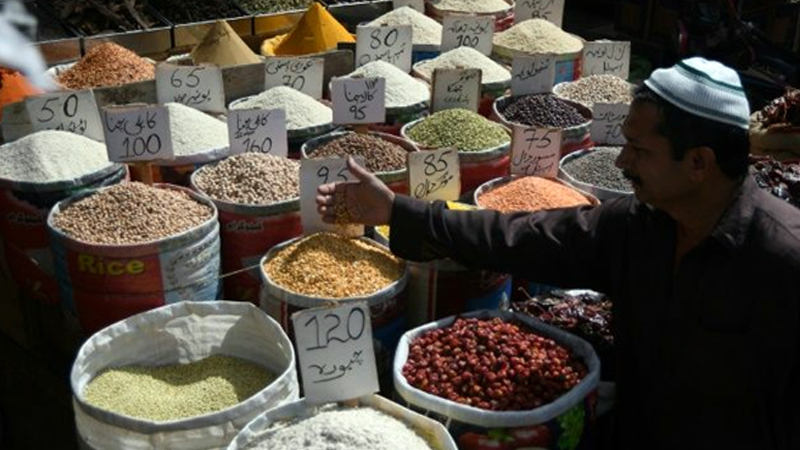 Pakistan’s next government, to be chosen in a July 25 election, faces growing fears of a balance of payments crisis with speculation it will have to seek its second IMF bailout in five years, analysts say.

The central bank is running down its foreign reserves and devaluing the currency in a bid to bridge a yawning trade deficit, and the winners of the July 25 election will have “limited time” to act, Fitch ratings agency said on July 2.

Together, the economic challenges are “horrendous”, said Dr Ashfaq Hassan, an analyst and former financial advisor to Pakistan government.

“The most important (challenge) will be how to protect Pakistan’s balance of payments, how to build Pakistan’s foreign exchange reserves and how to fix its fiscal position,” he told AFP.

Plagued for years by Islamist militancy, Pakistan — a rapidly growing country of some 207 million people — has been battling to get its shaky economy back on track and end a years-long chronic energy crisis that has crippled industry. Confidence had grown slightly in recent years, with security improving and the IMF claiming in October last year that the country had emerged from crisis after completing its post-2013 bailout programme.

China has also made progress on an ambitious multi-billion dollar infrastructure project — the China-Pakistan Economic Corridor (CPEC) — linking its western province of Xinjiang to the Arabian Sea via Pakistan.

But growth has not been as fast as many hoped. The economy grew by 5.8 percent during 2017-18, its fastest since 2005 but still missing a government target by 0.2 percent.

And the deficit is widening. Pakistan, which has historically relied on imports, has increased its procurement of materials to help build CPEC projects while also suffering from higher oil prices. Its meagre exports such as textiles, meanwhile, have been hit as cheaper Chinese-produced goods flood the markets. Foreign remittances have not been enough to plug the gap.

Amid stability fears the caretaker government pledged in June to stem the current account deficit with rapidly dwindling foreign reserves. According the State Bank of Pakistan, the country’s reserves plunged to $9.6 billion on June 22 from $16 billion on April 17.

“We have to finance this gap of the trade deficit of $25 billion by depleting our reserves. There is no other option,” caretaker Finance Minister Shamshad Akhtar, installed last month, told a press conference. “This is a major worry which our government is facing.”

The announcement came hours after the central bank devalued the rupee by 3.7 percent, the third devaluation since December and representing a cumulative 13 percent against the US dollar, according to Fitch.

The agency said the move has eased some pressure on reserves — but “their magnitude so far has not been sufficient to prevent external finances deteriorating more sharply than we expected”.

Economic analyst Dr Salman Shah told AFP that Islamabad would have to seek help from friendly countries or negotiate a fresh bail-out package from the IMF. “It would be very tough for the next government to deal with all those challenges… it would have to undertake wide-ranging and deep-rooted reforms in all sectors linked to the economy,” he said.

But Shah, also a former economic advisor to government, said that though the task was huge projects such as CPEC meant there was hope long-term.

Still, there is an undercurrent of growing unease. The terms of the massive CPEC deals are shrouded in secrecy, raising concerns about Pakistan’s ability to repay Beijing’s investment.

Finance ministry officials were unable to immediately confirm multiple reports that Pakistan is seeking Chinese loans to pay off the debts it incurs as it imports CPEC materials.

The Washington-based IMF has bailed out Pakistan before, with an $11.3 billion loan package in 2008 to stave off a balance of payments crisis in a deal Islamabad abandoned in 2011.

The country received a second $6.7 billion bailout package in 2013. In 2016 the IMF said Pakistan had emerged from crisis, though a review one year later noted that it was facing “important near-term challenges”.

Fitch predicted the fiscal deficit could rise to around 6 percent of GDP this year, warning: “the government is becoming increasingly reliant on external borrowing – particularly from Chinese policy banks.”

The borrowing will help, the agency said — but with rising debt-servicing payments to start in 2019 there is little room for the next government to manoeuvre.