‘Mountbatten, the Private Story’ — an insight into hidden aspects of Lord Mountbatten’s life 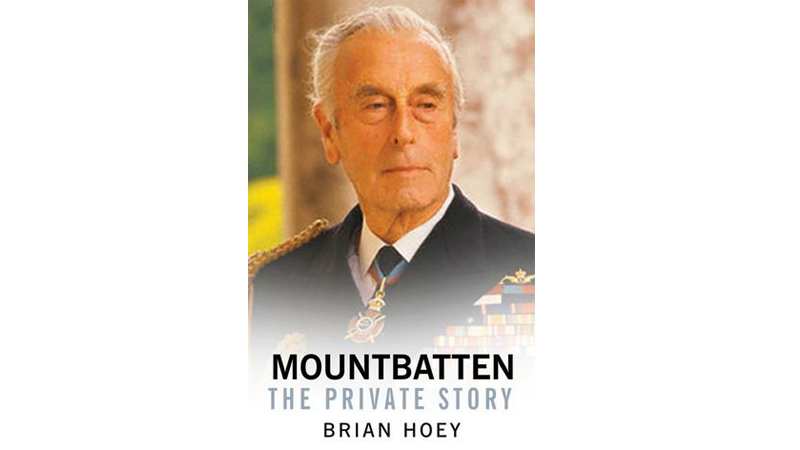 Writing biography is actually re-writing the history in creative non-fiction genre. It is a gigantic task for a biographer to collect facts through authentic sources and present true and credible story. A biography reveals realities, success, failure, and private life of the personality. Brian Hoey, journalist and writer on royal family, focuses on the private story of Mountbatten in this book. His sources of gathering information for the book are primary. They are Mountbatten’s daughters, son-in-laws, grandchildren and granddaughter-in-laws who shared their memories about Mountbatten, and as well the secondary sources.

Hoey starts the book from climax to anti-climax (from most important point of his assassination to least significant events). After covering brief accounts of Mountbatten’s life, the biographer devotes the first two opening chapters in meticulous to the details of the tragic assassination and funeral rite of Mountbatten. On August 27, 1979, Mountbatten sets for an excursion trip on his personal boat, Shadow V in Irish coast. His family members including daughter, son-in-law along with his mother, and grandchildren also decide to join the tour. The IRA terrorists conceal bomb in the boat that blows up, killing three people including Mountbatten. Despite serious threat from IRA, Mountbatten refuses to confine his activities. IRA claims responsibility for the attack and later executes two suspects in order to satisfy Britain and America. It is not clear if they were the real culprits. Hoey narrates the fateful day with minute details, uninteresting for most readers.

As opposed to all notorieties of his personal life, Mountbatten’s military career was brilliant and envious for most of his contemporaries. He was a highly decorated soldier in the British armed forces

The next chapter covers funeral rite of Mountbatten. As far back as 1967 Mountbatten had begun making preparations for his funeral. In an interview with BBC2, he talked about plans of his funeral. He preferred ordinary coffin. Four days later his body and those of Doreen, Lady Brabourne and their grandson Nicholas arrived by air at Eastleigh Airport near Southampton. The joint funeral is held on September 5, 1979. Heads of states, foreign dignitaries, Royal services chiefs, diplomats and tens of thousands of people attend the royal funeral. As titled the book, Mountbatten — the private story, presenting such superfluous accounts of funeral is not absolutely needed to be recorded which tantamount to deviation from title of the book.

The Mountbatten family had been royal blood for generations. It ruled for decades over the German state of Hesse. The 19th century German society was strictly class-ridden in which the elites never intermarried with people of inferior class. Class consciousness was especially prominent among the royal circles. Marrying below social status could lead to demotion of status or even ostracism for a royal person. This was exactly the case with Mountbatten’s grandfather Prince Alexander who eloped with a Polish girl of a lower social status. As a punishment, Prince Alexander is stripped of his title and forced to leave the Russian army which he had joined by the virtue of his familial relations with the Tsars. Following this humiliation, Alexander moves to Austria. He joins the Austrian army and becomes a general. There, his five sons are born including Prince Louis who was father of Mountbatten. Later in 1868, Prince Louis moves to England where Mountbatten is born on 25th June 1900.

The Mountbatten family had a love for the British Royal Navy which is evident from the fact that Mountbatten, his father and elder brother all served in the Royal Navy at key positions. During the WWI, the British army doubts Prince Louis’s commitment to fighting the German because Louis was a German by race. This leads to his resignation. To avoid the fate of his father, Mountbatten changes his original name of Prince Louis Francis to Louis Mountbatten in order to demonstrate that he was a patriotic British soldier. He rises in his profession and earns over a dozen distinctions.

However, the most revealing accounts of Mountbatten’s private life are given in chapter five which contains the most intimate details ever written by a writer. The writer depicts Mountbatten as an extremely controversial figure. According to the author, Mountbatten’s private life was defined by romances of all sorts. He enjoyed both heterosexuality and homosexuality. A womaniser of the highest order, he was always accompanied by beautiful women whom he bedded frequently. Mountbatten took pleasure in chasing and winning every woman he fancied about. Talking about sex openly was no anomaly for him. He collected pictures of attractive women and enjoyed pornography. The author claims Mountbatten bedded all women he knew. His most famous women companions included Marjorie, Peggy, Mary, Poppy, Yola and Audrey. He fell in love with all of them and enjoyed their company. Ultimately, Mountbatten marries Edwina Ashley who was to later become equally notorious for her extramarital affairs.

The most notorious aspect of Mountbatten’s life, however, was his homosexuality. His love for homosexuality was as declared as his hunger for heterosexuality. The author mentions many men who were sexually involved with the playboy Lord. Most notorious among them were Alan Warren, Malcolm Sargent, Noel Coward and the Irish man Peter Murphy. The writer has quoted some letters exchanged between Mountbatten and his homosexual partners. These letters expose a very dark side of the British Lord who is otherwise known as a British hero in history.

Although Mountbatten lived a royal life, decorated with all the facilities that a royal blood normally enjoys, yet the abundant luxuries became available to him only after he married Edwina. Edwina inherited a large fortune plus properties from his grandfather. Edwina’s fortune helped crystallise all the sexual fantasies of his husband. It is remarkable that Mountbatten always evaded tax whenever he found the opportunity to do so.

As opposed to all notorieties of his personal life, Mountbatten’s military career was brilliant and envious for most of his contemporaries. He was a highly decorated soldier in the British armed forces. However, nepotism ran deep in the Royal army. For example, Winston Churchill made Mountbatten chief of combined operations with acting ranks of vice admiral, lieutenant general in the army and air marshal in the Royal air force by superseding other senior generals. Mountbatten’s military career touches its peak when the Japanese forces surrender unconditionally before him in Singapore at the end of WWII.

Following the WWII, the British Government tasks Lord Mountbatten to go to India and find a solution to the issue of power transition to the Indians. Britain knew that transfer of power to the Indians would inevitably lead to bloodshed among the Hindus and Muslims. Mountbatten’s mission was to do the job with minimum possibility of bloodshed. The deadline for the task was June 1948 but Mountbatten believed that the longer the period of negotiations, the more serious the bloodshed would likely be. So he cut down the deadline to August 1947. Mountbatten had to negotiate the transition with a troika which consisted of Gandhi, Nehru and Jinnah. The last demanded division of India while the former two opposed it. Mountbatten wanted a peaceful settlement, yet he was aware that bloodshed would take place whether India was divided or not. The entire period of negotiations with the Indian leaders was extremely fragile. However, Mountbatten tackles the crises in expert manners. Ultimately, Lord Mountbatten divides India into two states of India and Pakistan.

Life accounts of Lord Mountbatten have widely been produced in many books. What makes this book outstanding are the hidden aspects of his life especially his addiction for bisexuality. The revealing accounts of this book put many dark spots on the otherwise clean and bright life story of Lord Mountbatten. The author has made serious efforts in collecting facts about Mountbatten that had been scattered across the royal family. However, it is also important to mention that a lot of pages contain unnecessary details that make readers ennui. Overall, the book brings forth the unknown parts of Mountbatten’s life and makes his life picture complete.