“Oops! I am not smoker, but I am smoking cigarette in public”

'Every year, more than 12 million people die from the hidden risks in our environment, carried by the air we breathe, the water we drink, or unseen chemicals to which we are too often exposed.' 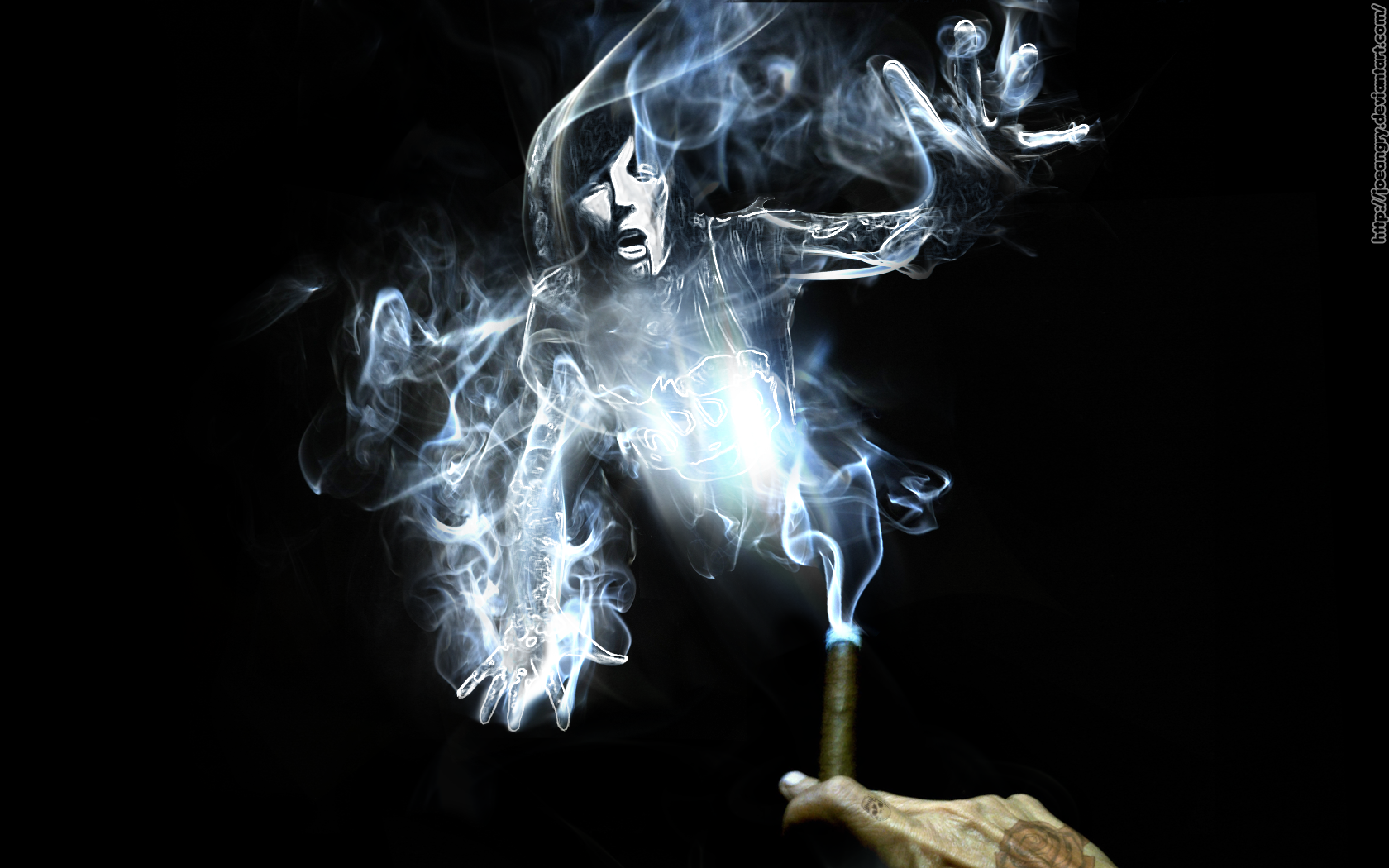 A deeper understanding of how the loss of our already not-so-clean air contaminated by pollutants such as cigarette smoke will impact on our health is a matter of life and death.

Mammoth research work  has been conducted over the issues of climate change, air pollution and human health. it is now well understood that short term and long term exposure to airborne particles, including smoke and dust pose major health risks causing lethal diseases to human health.

The impact of smoke on human health  may start from minor irritation in throat to severe cough, respiratory disorder, reduced line of sight,  hypertension, different types of allergies and other cardiovascular problems resulting  in cancer. Every year, more than 12 million people die from the hidden risks in our environment, carried by the air we breathe, the water we drink, or unseen chemicals to which we are too often exposed.

Usually normal people on average cannot recognize how bad environmental conditions a in which they are living, therefore, to provide awareness to the masses  a non commercial scientists team from Berkeley Earth, invented a paper and real time application  that finds  how surrounding air creates bad impact on health of living being.

Currently our air is basically contaminated by dust and smoke because of dry land.

Today, dry lands compose 41 percent of the world’s total land area and are home to around 2.1 billion people. With passage of time composition of this dry land is under drastic change by different anthropological activities, result in production of more dry land area which is basic source for  production of dust and dust borne diseases. Dust composed of many  soil particles, human and different animal’s dead skin and hair, plant’s pollen, paper fabric, textile fiber, burnt garbage particles, coal, volcanic particle, and many other sources.

Scientifically “dust” refers to soil-derived airborne particles generated by wind erosion or human activities, such as farming operations or travel on unpaved roads. Any soil particles smaller than 0.05 millimeters – roughly the width of a human hair – can be uplifted into the air.  Dust particles smaller than 0.0025 millimeters (2.5 microns), which are collectively known as “fine” particulate matter. Particles this small stay in the air longer and cause the greatest harm to human health, since they can penetrate deep into the lungs.

Scientists team from Berkeley Earth invented an application to check air quality.  It is real time app that collect air data. The data, which shows the number of cigarettes you would have to smoke to equal the danger of the polluted air you breathe,the obtained data further analyzed by two app developers to create a service called, “Shoot is Smoke!” that allows you a real-time look at just how bad the air pollution around you really is. On a recent day, Beijing residents smoked the equivalent of 7.3 cigarettes. In New York City the residents smoked 1.1, in Chicago it was 2.5, and in Los Angeles the number was 4—just by walking outside and breathing the air.

No significant  work in this regard is done in Pakistan because of lack of cooperation and absence of technical equipment. 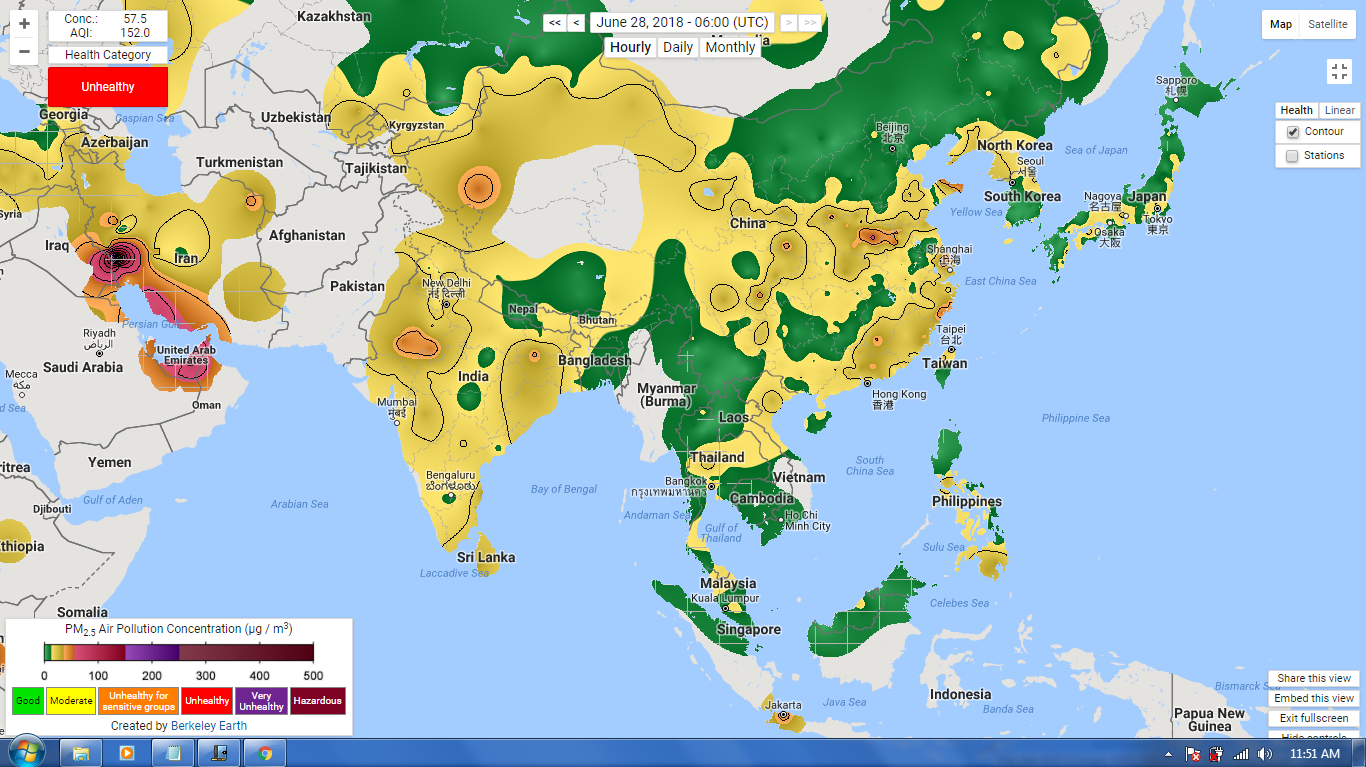 The World Health Organization (WHO) reports that major cities in Pakistan are as polluted as the world’s most-polluted cities. The air in Pakistan has an annual average of 60 micro-grams per cubic meter of air (μg/m³) of PM2.5 particles. That is four-times the safe levels recommended by the National Environmental Quality Standards for Ambient Air by the Environmental Protection Agency in Pakistan (PK-EPA). 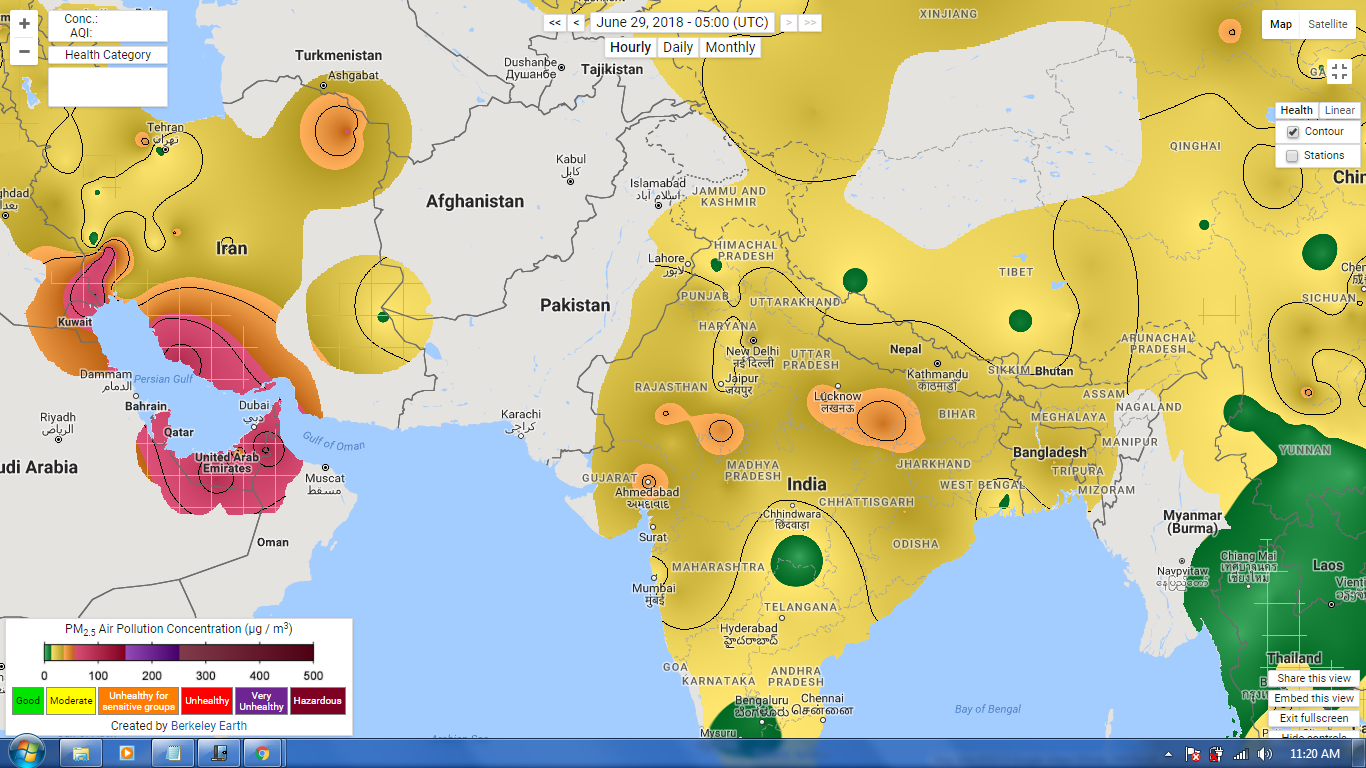 Scientists team from Berkeley Earth are hoping to find a partner that would be interested in trading advertising on the app for setting up monitoring stations in areas that lack the data. However in few areas in Punjab adjacent to India are polluted  and are not reasonable for the population to live  in these polluted areas.

How to Stay Safe From Smog in Pakistan