Bilawal is the only future that Pakistan can look forward to

As an elder politician, I recognise a lot of potential in our young leadership and see the courage and wisdom of Shaheed Mohtarma Benazir Bhutto in Bilawal's actions and speeches

A manifesto is basically a reference book for a party to move forward. Manifestos define a political party and demonstrate its seriousness in addressing the major issues of a country at the policy level. It should contain the way forward for every faction of the society starting from the betterment of the common citizen and improvement of all vital components of the society and the state. It should have the ability to counter the main national challenges and to give relief to a common person. It creates confidence and hope in the minds of voters.

Pakistan Peoples Party (PPP) is the first party to have launched its manifesto for the upcoming elections and I have not yet seen the manifestos of Pakistan Muslim League — Noon (PML-N) and Pakistan Tehreek-e-Insaf (PTI), giving me no chance to make some comparison. I decided to write my views upon it after reading this great people-friendly manifesto. I do not have the other manifestos, as the other parties have not been able to make their manifestos public yet.

Allow me to say that the PPP chairman is more efficient as compared to other party leaders and I would like to congratulate him for this lead. The important salient features of PPP’s manifesto are discussed hereunder:

Bilawal’s manifesto starts with the slogan “BB Ka Wada Nibhana Hai, Pakistan Bachana Hai” (by honouring Benazir Bhutto’s promise, we will save Pakistan). Taking up his mother’s vision for a prosperous Pakistan, the manifesto truly addresses a variety of challenges and issues confronting our country.

The manifesto contains ideas for economic restructuring and growth, which work for all and beyond, and address the crisis management that is to come. The ideas include measures for an independent and rigorous assessment of the macroeconomic situation facing the country, including public debt, external and fiscal imbalances. It does this with the help of working groupsconsisting of Pakistani experts, who cover all aspects of the economic crisis. The economic policies shall devise a mechanism for evolving consensus on a basic national economic reforms agenda, for the medium-term.

A Joint Parliamentary Committee of both Houses would be constituted, representing all political parties to incorporate a consensus for the basic national economic reform agenda. The PPP chairman visualised that a joint parliamentary committee of both Houses, with representation from all major parties, would be the need of the day to prepare a basic national economic agenda on issues of national economic importance to ensure cross-party commitment to broaden parameters of reforms on taxation, government spending and public debt.

The manifesto says that in order to enhance competitiveness of the export sector, surcharges for the five export-oriented sectors will be rationalised. All free trade agreements (FTAs) will be reviewed; Export Development Fund (EDF) will be given to the Ministry of Commerce and managed by an independent board of private experts, with an independent third-party evaluation of EDF. Established foreign brands would be facilitated to develop their foreign buying offices near Karachi, Lahore, Sialkot, Multan, Peshawar and Islamabad airports. Exclusive economic zones will be established wherein foreign companies, on their own or with local joint ventures, would establish factories on the condition that at least fifty per cent of the goods manufactured would be exported. Trading arrangements involving currency swaps will be pursued to reduce dependence on foreign currencies.

In case of public financing, the Federal Board of Revenue (FBR) would be restructured by turning it into three separate entities, namely Direct Tax Authority, Sales Tax Authority and Customs Authority, in order to avoid any administrative disharmony within the FBR and for evaluation of the performance of each authority against its specified targets. Moreover, the tax rebates for non-export oriented sectors would be withdrawn. 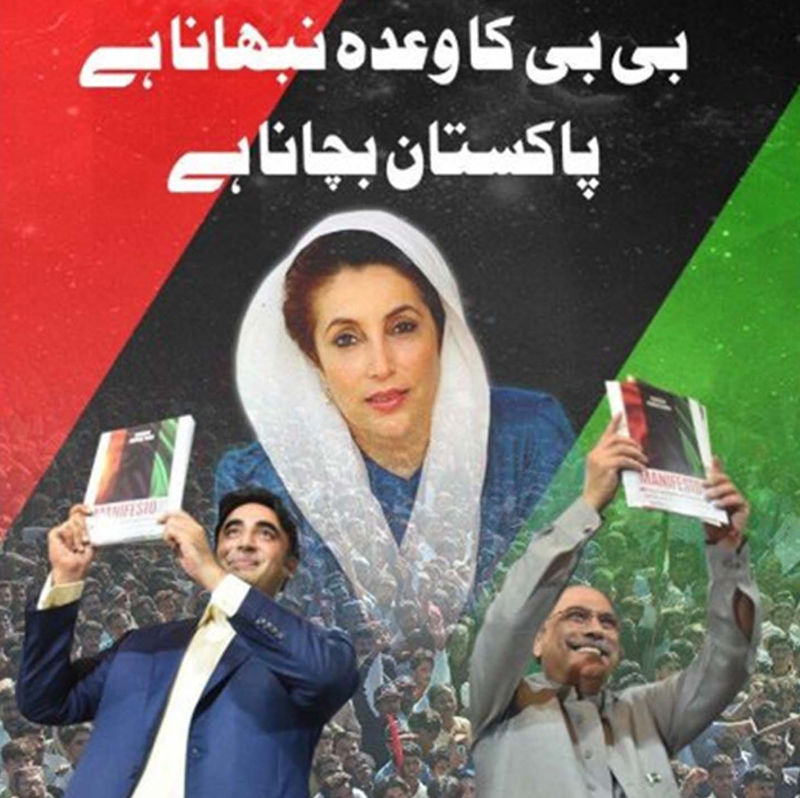 According to the manifesto, the agricultural sector, which occupies a central position in the national economic programme, would not only provide food to the people but also supply raw materials to sustain the manufacturing sector and exports, as the true potential for agriculture has remained unfulfilled due to the lack of policy attention and erratic decision-making in recent years.

The chairman has pledged in the manifesto to rebuild an economy that works for all and to reinvigorate the agriculture sector through an ambitious Zarai Inqilab Renewal Strategy built around three objectives: “(i) hunger eradication and food security, (ii) livelihoods and poverty reduction and (iii) economic growth and restructuring.” The strategy would be based on providing support to the agricultural sector to achieve these objectives and providing direct support to specific segments of the agricultural economy, such as small farmers, agricultural labour, women agricultural workers, and farmers in marginalised regions.

Despite the change of governments, the party has seen immense success of its BISP programme and so the manifesto pledges the registration of farmers and agricultural workers under the Benazir Kissan Card scheme. Subsidies, price support system and crop insurance scheme for small farmers has also been ensured. Legal recognition and registration of women agricultural workers would be made under the Benazir Women Agricultural Workers Programme.

The chairman is considering water as an essential resource for the country’s economic development, and has expressed the need to support efficient irrigation systems in the agriculture sector. It is also an important resource for the functioning of industries and urban centres. The party, taking into account the climate change trends, which indicate that Pakistan may run dry by 2025, with a 50 per cent gap between demand and supply, would address this in a comprehensive manner across multiple dimensions; (i) efficiency and conservation, (ii) augmenting supply by investing in new technologies, (iii) improving water quality management, (iv) and addressing waterlogging and salinity.

It has been promised in the manifesto that PPP’s focus would be to raise funds to finance the Bhasha Dam project as it is of immense economic value to Pakistan and therefore an important project.

About industrial policy, the PPP leader said that Pakistan’s declining manufacturing base is a cause of serious concern. Manufacturing as a share of GDP has declined from close to 20 per cent to 13.5 per cent. He said that the PPP government would prioritise the revival of these industries through the following measures; “(i) devising a rehabilitation scheme through the State Bank of Pakistan for the revival of economically viable but closed sick units, (ii) and ensuring proper supply and viable tariffs on electricity to remove the energy bottlenecks that the industries have suffered”.

He said that the PPP government would identify sectors where the possibility of creating a niche market for exports is possible and then the identified sectors would be provided credit through a direct credit line created by the State Bank of Pakistan.

About trade policy, the PPP Chairman said that the country’s exports have been on a downward spiral and there is a need not only to arrest this sharp decline in exports but also to restructure exports in the medium and long terms. He said that the PPP government would provide special incentives for the promotion of non-traditional and high value added exports.

The PPP would also provide an effective health management system. The family health services would link all elements of health provisioning into a unified individual centred system and health data management at union council and district levels.

PPP would also bring educational reforms in the curriculum and encourage the use of technology and social-emotional leaning.  Career counselling centres would also be built to develop workplaces of skill of communication, leadership, collaboration etc. The quality of education would also be improved. The PPP leader announced that he would end the ban on student and trade unions in the country.

The manifesto includes great energy sector reforms as well. The PPP will adopt a four-pronged strategy for addressing the energy requirements of a growing population and economy on a sustainable basis, by providing adequate, affordable and progressively cleaner energy to all. This four-pronged strategy includes; “(i) diversification of energy mix, (ii) prioritising efficiency and conservation, (iii) revamping transmission and distribution, and (iv) rationalising oil and gas polices.

PPP has also talked of tax measures in the manifesto making it possible to achieve 15 per cent of the target of the tax-GDP ratio through the measures including making use of the proven effectiveness of provincial tax authorities by delegating the administration of federal taxes to them through a partnership between the Federal Board of Revenue (FBR) and provincial tax authorities.

The manifesto has also addressed the key issue of our foreign policy that we lack in, as we have had no foreign minister for as many as four years. The chairman has pledged that under a pro-active foreign policy, his party would highlight the human rights abuses being committed by the Indian forces in the Indian-occupied Kashmir.

The young PPP chairman has a pragmatic road map to pull the country out of the crises and challenges it faces. The manifesto reflects his love for his people and especially the youth. I was to make an independent comparison of the manifestos issued by all the parties but unfortunately, I could not find the manifesto of any other political party.

The vision of the chairman of PPP is well reflected and his proposals and determination reflects his way forward to pulling the nation out of the crises. The chairman will require more professionals to implement his vision.

I as an elder politician foresee a lot of potential in our young leadership and see the courage and wisdom of Shaheed Mohtarma Benazir Bhutto in Bilawal’s actions and speeches.

I hope and wish to see him as the prime minister as he truly deserves to lead the nation.

The writer is Chairman of think tank Global Eye and former Interior Minister of Pakistan. He can be reached at rmalik1212@gmail .com, and tweets @Senrehmanmalik