‘Those using religion to woo voters interested in Islamabad, not Islam’ 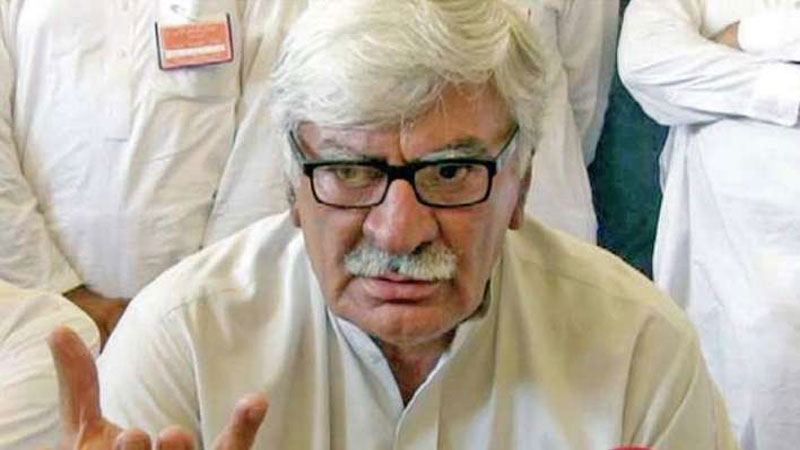 Khan was addressing a political gathering in Tangi area of Charsadda on Wednesday where tight security arrangements were made.

In a jibe at right-wing political parties, the ANP leader said, “Those using religion as a weapon to woo voters in Pashtoon territory are not interested in promulgation of Islamic principles.”

“They forget religion after coming into power,” he added.He alleged that Maulana Fazlur Rehman made a telephone call to former premier Nawaz Sharif, when he was on a scheduled visit to China, to stop FATA reforms bill and never demanded Sharia to be implemented in the country as their destination is Islamabad, and not Islam. He said that certain elements were trying to sabotage the 18th Amendment and warned them that his party would put up strong resistance against them. He said that he would quit politics if any ANP candidate found involved in corruption.