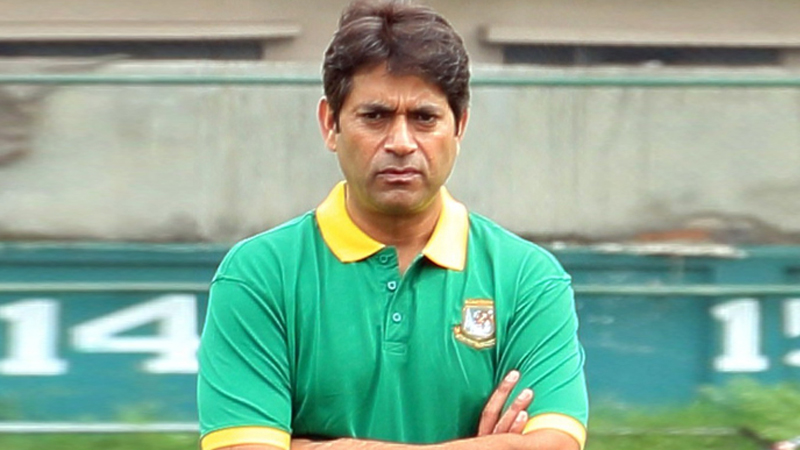 KARACHI: Former Pakistan fast bowler Aaqib Javed has blamed the bowling line-up for a nine-wicket thrashing against Australia in the second match of the ongoing T20I tri-series in Harare. The Men in Green were thrashed by Aaron Finch’s men in their opening game of the tournament on Monday. After being put into bat first, the Green Caps were bowled out for just 116 in the final over of the innings. The Baggy Greens chased down the target in 11th over at the expense of just one wicket. The star of the show for the winning side was tall pacer Billy Stanlake, who claimed figures of four for eight. Aaqib flayed the bowlers for not being able to pick up wickets at regular intervals. “Pakistan have good number of pacers but they were not able to strike on time as Billy Stanlake did,” said Aaqib. “He destroyed the batting line like a piece of cake. Our players are the top ranked players of the world but what the Australian bowlers did was that they use of right technique and right choice of balls at the right time.”

He added: “Our bowler kept on putting power whereas the right technique is the key against a top cricket playing nation. We can’t play with the same technique and energy as against Zimbabwe, we have to do our best.” Talking about the Men in Green’s next match, Aaqib believes Sarfraz Ahmed-led unit would have to put up a much better show if they were to secure a much-needed win against the home side. “Zimbabwe will strike back, they troubled the Australian bowlers and their batsmen can trouble us too,” he said. “We have to be prepared for it, our batsmen and bowlers both have to give their best in every match and win the series.”