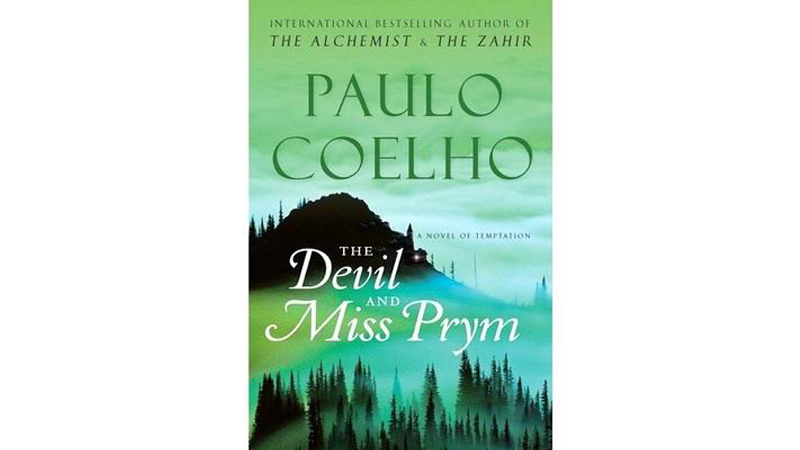 The book, which lights up the angel and annihilated the devil made me cry, but gave me power to be strong. A person that was different from everyone else, communicated with spirits that accompanied the devil.

A remote village of Viscos is the setting for this extraordinary struggle. Betra, the stranger with the devil, arrives carrying a backpack containing a notebook and eleven gold bars. He came in search for an answer to a question that tormented him, “Are human beings in essence good or evil?”

He came in search for an answer to a question that tormented him, “Are human beings in essence good or evil?”

One evening the stranger meets Chantal (Miss Prym). “I would like you to come and look at something,” he says. Miss Prym was afraid to go with him, but her face is suddenly altered by a desire for adventurers.

Chantal followed the stranger. The stranger led her to the Y-shaped rock and showed the recently dug earth and suggested that she uncover what lay buried.  Five minutes later, a grubby yellowish bar lay before Chantal. There was no question it was gold. She was afraid why the stranger had chosen her to show the gold. She was destined to turn evil but Chantal was wise and choose the light instead.

On the second day, she tried to kill the stranger, but his question stopped her. “I was right, human beings are essentially evil. Even a young woman from a remote village is willing to committing murder for money.” “If people are essentially good, then why did terrorists kill my family?”, he asked.

With time, all of Viscos’s people became victim to the stranger’s evil. But Miss Prym and good triumphed and evil was defeated.  The stranger’s evil lost to the light of the angel. Whenever you wish to achieve, keep your eyes open, concentrate and know exactly what you want from life.  Follow your dreams and have the courage to be different. Master the fear that prevents us from truly living.

The writer studies at DELTA