What will Mir Hadi’s fate be? 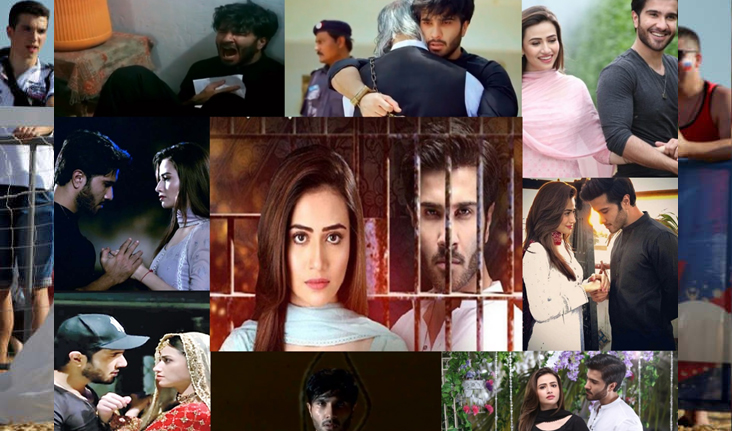 Famous drama serial ‘Khaani’ on GEO TV is the talk of the town these days and now the serial is coming to its end.  All are curious about the fate of Hadi and the main concern of its large audience these days is whether Khaani will agree to fulfill the last desire of Mir Hadi? Will Khaani forgive him? or he will be hanged till death?

Curiosity at its peak!

The last episode of Khaani will be aired on Monday. Khaani is written by Asma Nabeel, directed by Anjum Shehzad and produced by 7th Sky Entertainment. The drama was, no doubt, dragged for quite a few episodes, but the second last part of Khaani has had the audience buzzing again.

Drama serial Khaani is all about emotions, love, aggression, romance, and craziness. Here is the synopsis of the story. Hadi, played by Feroze Khan, murdered the brother of Khaani, played by Sana Javed, over a little dispute. Khaani stood up against Hadi and then he got madly in love with her by seeing her courage. Hadi tried forcefully to get married to her which leads to the relocation of Khaani’s family. Later on, Hadi kidnaps her on her wedding day but releases after the two have a heated argument.

Hadi got into depression and started living on shrines to find spiritual peace. He had reached the spiritual level of love, “Ishq”. Meanwhile, Khaani got married and her husband re-opened the file case against Hadi without knowing that Hadi is a totally changed person now.

Hadi’s father, played by veteran actor Mehmood Aslam, tried to save his son but failed and attempted suicide. The judges ordered Hadi to be hanged and Hadi requested his last wish to meet the love of his life, Khaani.

Will she forgive him? 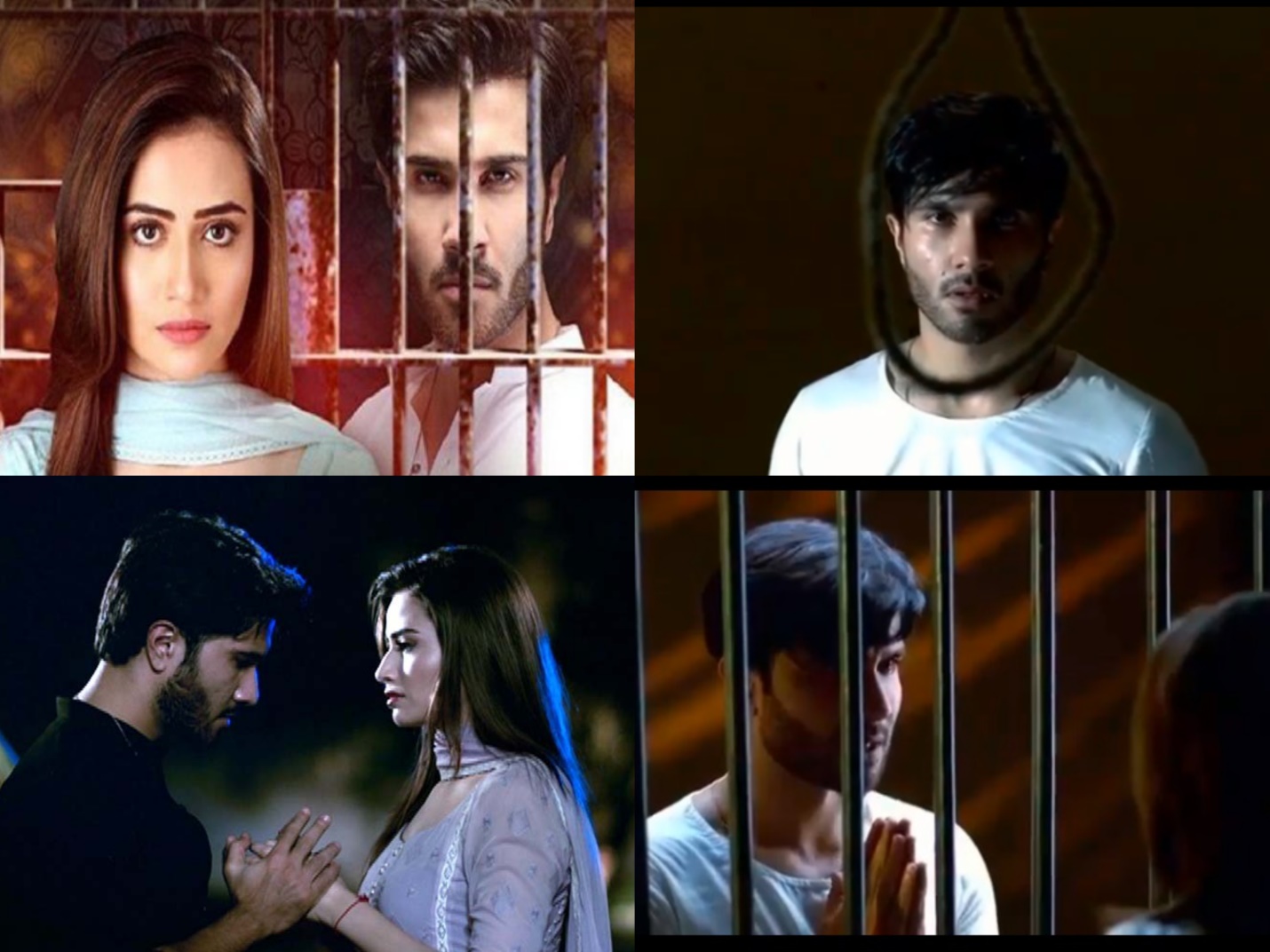 While listening to the OST of this drama, Rahat Fateh Ali Khan’s magical voice will give you goosebumps. Sahir Ali Bagga has composed its theme music. The OST has millions of views.

Feroz Khan has already melted our heart with his looks but this time, he did cast a spell on our minds via his acting skills. Hadi stole everyone’s heart and people are desperately waiting for the last episode of Khaani.

Viewers are so impressed by his performance in Khaani. The way he yelled ‘baba’ emotionally crushed us all. 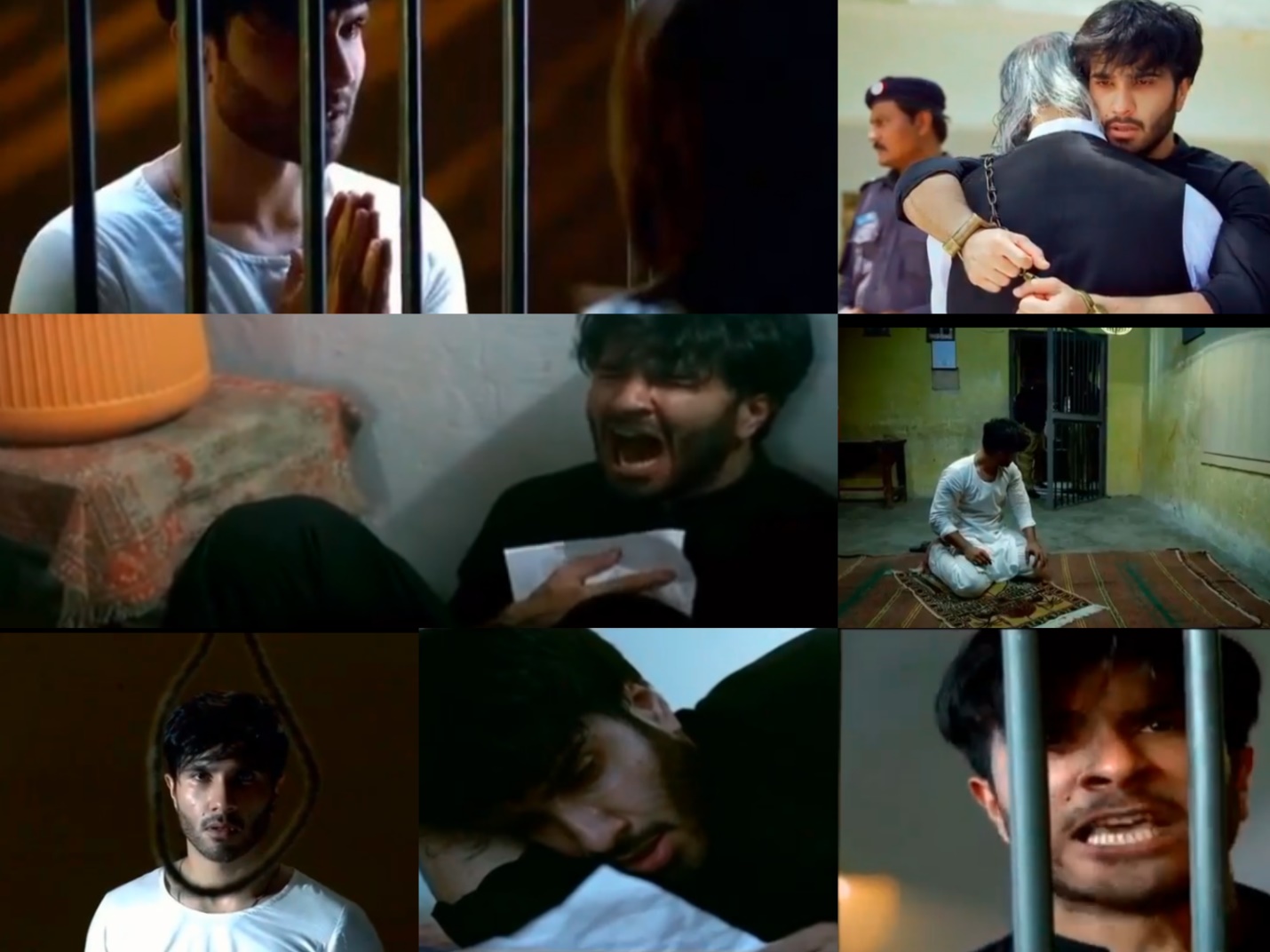 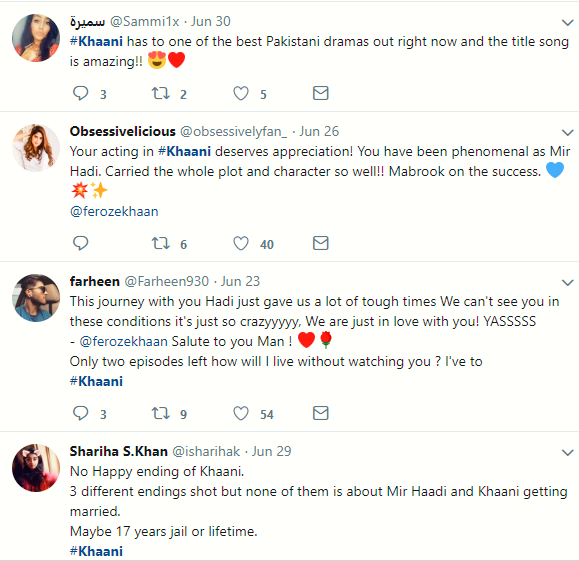 Hold on to your TV station to find out Hadi’s fate.

Khaani has received an overwhelming rating of 8.7.