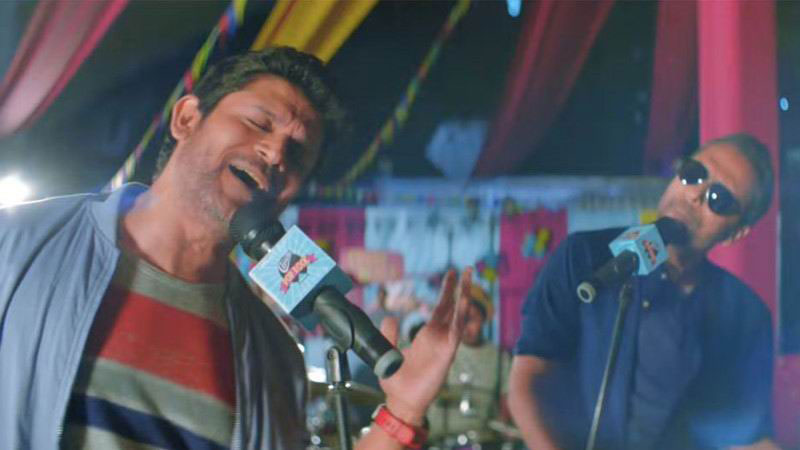 ‘Strings’ have recently released their song ‘Piya Re’ from their upcoming album ‘30’ to mark the band’s 30-year anniversary this year. It is the third of the eight songs from the album with the first two songs ‘Sajni’ and ‘Urr Jaoon’ along with music videos already released.

Although the song might not be at the same level at the band’s previous songs, it is not a weak one still and has its own feel. Though for a veteran band like Strings, this is certainly not their best work as they have so much potential and are capable of doing much better than Piya Re. Despite having said this, it is a song that their fan base will enjoy more or to put it more broadly someone that is into the pop rock genre. Others who are not usually into this kind of music might respond to this in a more subjective manner.

If the band deserves credit for something here, it is perhaps the fact that they stayed true to their pop rock roots in a commercialised environment or maybe their songs are so ubiquitous that they can work well with any setting

If the band deserves credit for something here, it is perhaps the fact that they stayed true to their pop rock roots in a commercialised environment or maybe their songs are so ubiquitous that they can work well with any setting. Who knows? I mean they’re Strings. They have both the experience and talent to pull such a thing off.

The song which has been released in collaboration with Cornetto Pop Rock Season 3 has funky lyrics that go quite well with the rhythm of the song producing an optimistic vibe. It is also quite wonderful to listen to both Faisal Kapadia and Bilal Maqsood’s voice merge into one song. Although lending both their voices to one song is not something new for the band, it still gives one’s ears a sense of pleasure.

As for the music video, it is not something that can be considered out of the park but just like the song it cannot be regarded as a video that misses the mark. The video does manage to sync well with the song; however, the concept of young love has been tried a zillion times, both in Pakistan and internationally. This is not a criticism of the concept of exploring the theme of young love but is a criticism of repetitiveness that is seen in such music videos. If it was done more creatively, it could’ve been better but as I said earlier the video still manages to work well with the song.

Piya Re might not be one of the best songs from Strings but it certainly is a good filler song for their upcoming album. Let’s wait and see how the remaining five songs will be like. For a veteran band like Strings good is not good enough; pure perfection is expected of them.