The Bronte Parsonage in England 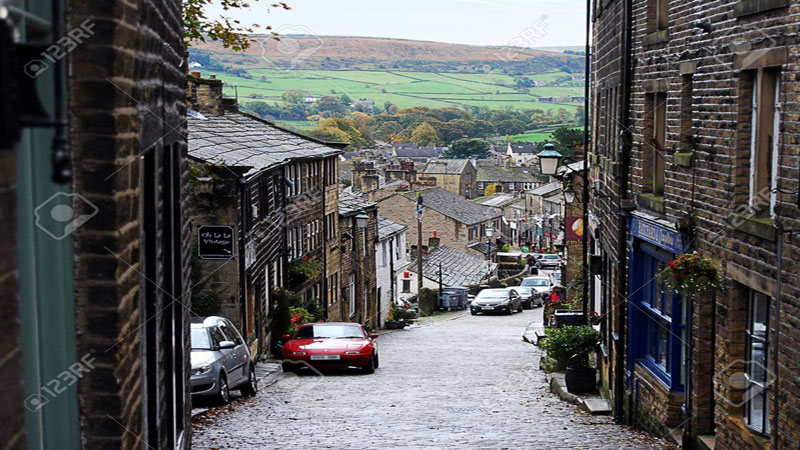 I was standing in front of a plain dining table in the Bronte Parsonage in the village of Haworth, in Yorkshire, England. The Bronte sisters, arguably England’s most famous literary family, had written all their great novels and poems on that table. I was awestruck at the simplicity of their lives. The site is visited by hundreds of thousands of “literary pilgrims” every year who are presumably similarly awestruck.

While reviewing new biographies of the Bronte sisters a couple of year ago for The Atlantic magazine, Judith Shulevitz asked: “How did a poor and socially awkward ex-governess named Charlotte and her even more awkward sister, Emily, who kept house for their father in a parsonage on a Yorkshire moor far from the literary circles of London, come to write novels and poems that outshone nearly every other 19th-century British novel and poem by dint of being more alive?”

The trip to Yorkshire had been rewarding in so many ways. The scenery was stunning. But the lasting memory that has stayed with me is that of the village of Haworth and its Bronte parsonage

She answered herself by quoting from Virginia Woolf: “As we open Jane Eyre … we cannot stifle the suspicion that we shall find her world of imagination as antiquated, mid-Victorian, and out of date as the parsonage on the moor, a place only to be visited by the curious, only preserved by the pious. So we open Jane Eyre; and in two pages every doubt is swept clean from our minds.

For me, the more compelling novel was Wuthering Heights. It was difficult to forget the haunting close. “But the country folk, if you ask them, would swear on the Bible that he walks: there are those who speak to having met him near the church, and on the moor, and even in this house. Idle tales, you’ll say, and so say I. Yet that old man by the kitchen fire affirms he has seen two on ‘em, looking out of his chamber window, on every rainy night since his death…I was going to the Grange one evening — a dark evening, threatening thunder—and, just at the turn of the Heights, I encountered a little boy with a sheep and two lambs before him: he was crying terribly….’What’s the matter, my little man?’ I asked. ‘There’s Heathcliff and a woman, yonder, under t’ nab,’ he blubbered, ‘un’ I darnut pass ‘em.” That scene sends chills down my spine every time I read those lines.

The Bronte sisters were born in the nineteenth century in Thornton near Bradford in Yorkshire, but spent most of their short lives in the village of Haworth where their father was the parson at the Church of St. Michael and All Angels.

Near the church are the Brontë waterfalls, described by Charlotte “as a perfect torrent racing over the rocks, white and beautiful.” And further up on the famed moors of Yorkshire are the ruins of “Top Withens,” the supposed setting of Wuthering Heights.

Describing it, she wrote: “One may guess the power of the north wind blowing over the edge, by the excessive slant of a few stunted firs at the end of the house; and by a range of gaunt thorns all stretching their limbs one way, as if craving alms of the sun.”

Their stories, written under male names, attracted immediate attention for their passion and originality. In a few years, they were accepted as literary masterpieces.

I had first encountered their books in my high school and college years. I kept returning to them every few years. It was hard to not to do so because movies and biographies kept coming out.

And here I was, walking up the cobbled street to the parsonage where they had spent their lives. Haworth was the quintessentially English village, with tea shops, cafes, souvenir shops and brick houses on either side.

On visiting Haworth in 1904, Virginia Wolf had written in The Guardian newspaper that “Haworth expresses the Brontës; the Brontës express Haworth; they fit like a snail to its shell.” When she arrived, “A real northern snowstorm had been doing the honours of the moors.” To her, the area looked like “a vast wedding cake, of which the icing was slightly undulating; the earth was bridal in its virgin snow, which helped to suggest the comparison.”

The town is located in West Yorkshire, in the Pennines, 10 miles west of Bradford. Leeds is not too far away. The 43 miles long Bronte Way leads to the Bronte waterfalls, the Bronte Bridge and the Bronte Stone Chair in which we are told the sisters took turns to sit and write their first stories. It then leads out of the valley and up on the moors to Ponden Hall (which may have the site which inspired Thrushcross Grange in Wuthering Heights) and Top Withens. The weather is often rainy, windy and stormy. In the Yorkshire dialect, wuthering means stormy.

I walked over to the cemetery and stood next to their graves. The sisters had died very young but their place in posterity was assured. Such was the power of the written word. I walked around in the adjacent garden and reflected on the purpose of life. 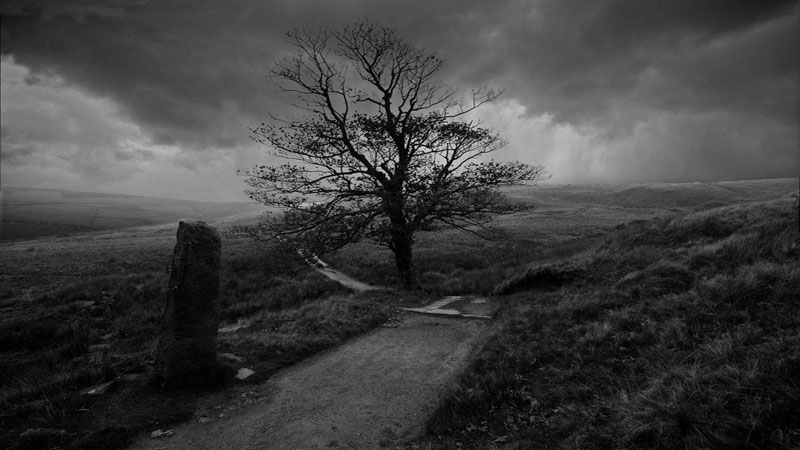 Then we got in the car and drove off to York Cathedral, which is the second largest Gothic Cathedral in Northern Europe. Christianity had arrived in the region by the fourth century. By the seventh century, a substantial building for a church had appeared. That was damaged in 1069 by William the Conqueror’s harrying of the North.

Under Elizabeth I there was a concerted effort to remove all traces of Roman Catholicism from the Cathedral. Many tombs, windows and altars were destroyed. In the English Civil War the city was besieged and fell to the forces of Cromwell, the Lord Protector. In my mind, its design evoked that of Canterbury Cathedral.

Later we visited the University of Bradford where a noted economist and friend, the late Professor Michael Crew, had studied. And then it was time to feast upon piping hot nihari with naan in one of the many Pakistani eateries for which the city is famous.

On the following day we visited Sheffield University where my father had studied electrical and mechanical engineering in the 1930s.

The trip to Yorkshire had been rewarding in so many ways. The scenery was stunning. But the lasting memory that has stayed with me is that of the village of Haworth and its Bronte parsonage. Every time I pick up my copy of Wuthering Heights, I am transported to that dining table and to the surrounding moors.

The author loves to travel and visiting literary sites is an added pleasure for him. ahmadfaruqui@gmail.com